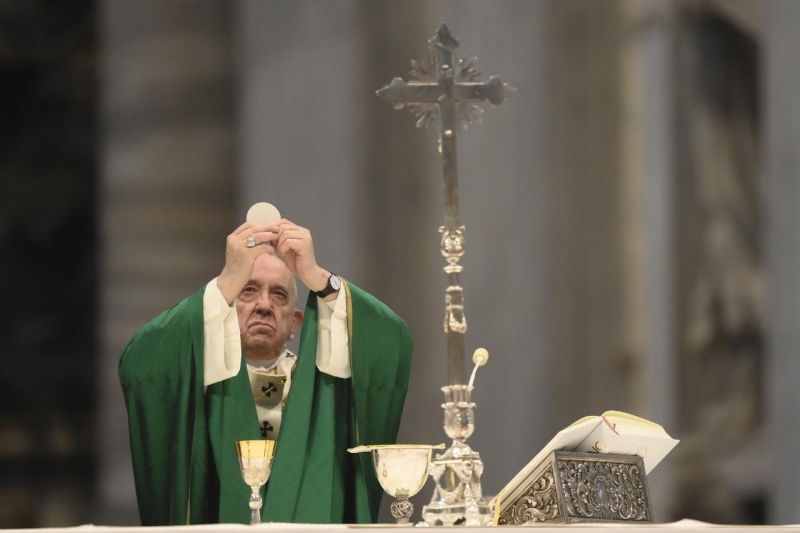 In his homily, Francis emphasized the importance of making “concrete gestures” and drawing close to the poor to “sow hope.”

“The hope born of the Gospel has nothing to do with a passive expectation that things may be better tomorrow … but with making God’s promise of salvation concrete today. Today and everyday,” he said.

“Christian hope is not the naive optimism … of those who hope that things may change, yet in the meantime go on with life; it has to do with building daily, by concrete gestures, the kingdom of love, justice, and fraternity that Jesus inaugurated.”

“This is what is asked of us: to be, amid the ruins of the everyday world, tireless builders of hope; to be light as the sun grows dark, to be witnesses of compassion amid widespread disinterest; to be an attentive presence amid growing indifference. Witnesses of compassion,” the pope said.

Pope Francis established the World Day of the Poor in 2016 at the end of the Church’s Jubilee Year of Mercy. The day is celebrated each year on the 33rd Sunday of Ordinary Time, a week before the feast of Christ the King.

“At the conclusion of the Jubilee of Mercy, I wanted to offer the Church a World Day of the Poor, so that throughout the world Christian communities can become an ever greater sign of Christ’s charity for the least and those most in need,” the pope wrote in his first World Day of the Poor message in 2017.