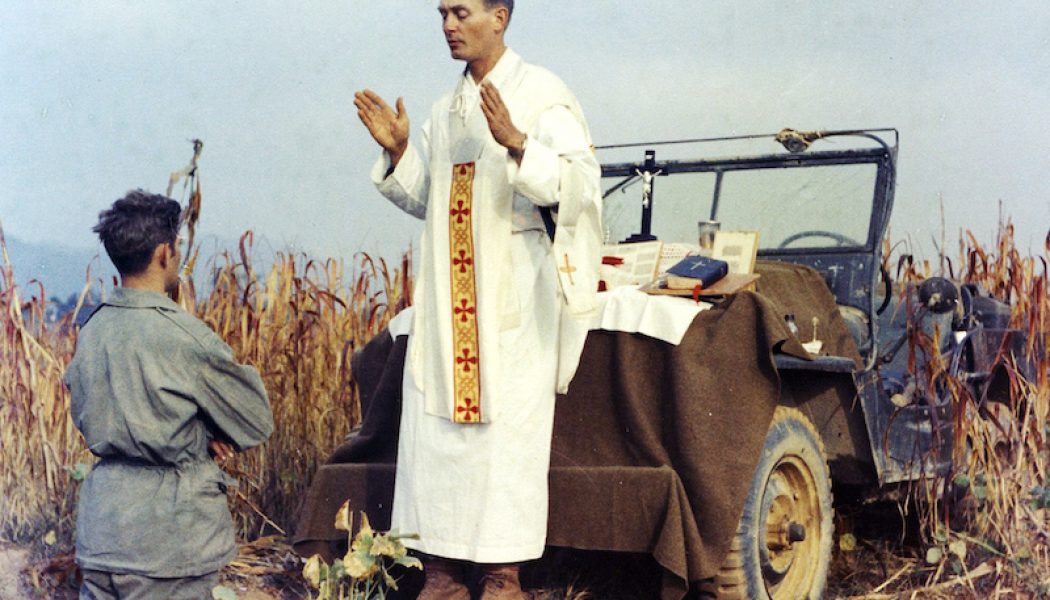 On Divine Mercy Sunday, April 11, Ray Kapaun, nephew of Fr. Emil Kapaun, and the Kapaun family informed the Catholic Diocese of Wichita that the remains of Fr. Kapaun will be returned home to Kansas.

After engaging in discussions with the diocese, the Kapaun family decided that interring the remains of Fr. Kapaun in a crypt inside the Cathedral of the Immaculate Conception would not only provide a safe and secure location for them, but would also allow opportunities for Catholics and many others inspired by Fr. Kapaun’s life to be able to visit and venerate this priest, whose cause for sainthood progresses. In 1993, Fr. Emil Kapaun was named a “Servant of God”, which signified that his cause for canonization could begin. Fr. Kapaun’s placement in the Cathedral will be a temporary location in the event that the Church recognize him as a saint in the future, in which case a dedicated shrine or chapel might be erected to hold his remains and commemorate his life.

The Catholic Diocese of Wichita is currently working with the family, the Defense POW/MIA Accounting agency (DPAA), and the Congregation for Saints in Rome to decide on a time frame for Fr. Kapaun’s return. The diocese will continue to keep you apprised as it moves forward during the next several months and develops a plan for his homecoming and related liturgical events.

For more information on Fr. Kapaun’s story and Cause for Canonization please visit
frkapaun.org