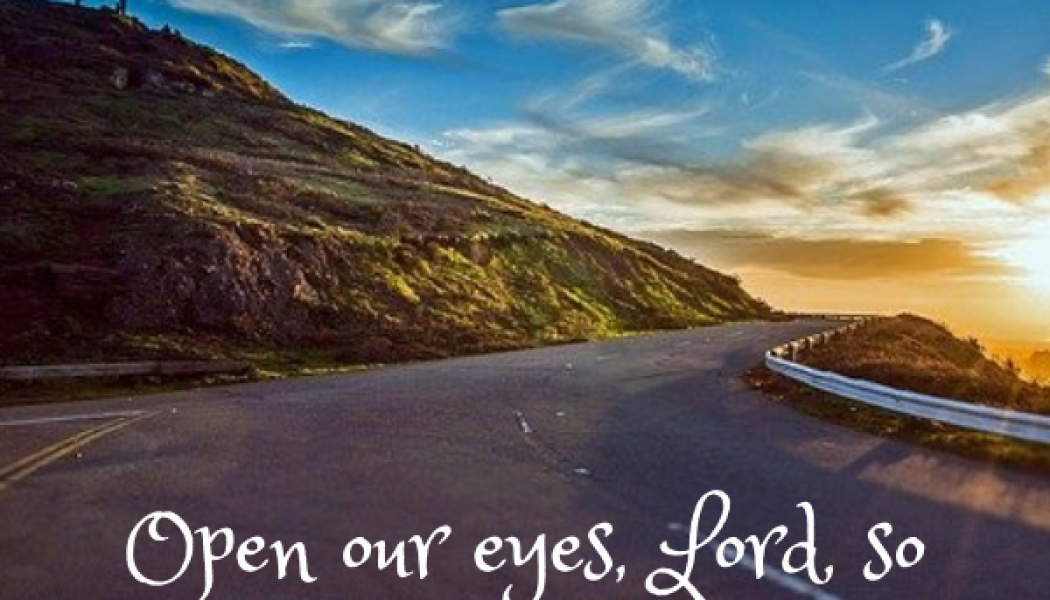 Early in our marriage, my husband and I attended a church with a memorable tradition: on the Sunday between Christmas and New Year’s, there would be no sermon. Instead, anyone and everyone was encouraged to walk up to the open microphone and share a few words with the congregation. The basic question, on which we were all invited to reflect, was simple: Where have you seen God this year?

Seeing God. What does that even mean, when God is invisible? When we ask that same question of the kids in our Sunday School classes, or at Vacation Bible School—Where have you seen God today?—we usually get litanies of good things. Kids see God in friendships and hugs,  flowers and rainbows,  candy stores and new bikes, and mothers’ kisses. God is certainly the author of every good and perfect gift; certainly, God is present in good things like these.

But what about when things go wrong? When years are bad, like 2020 has been for so many of us, with illness and unemployment and political upheaval and one natural disaster after another? How do we learn to see God when the going is tough?

One of the most memorable of those year-end speeches came from a man whose wife had died of a long battle with cancer just six weeks before. As he walked up to the open microphone, the congregation held its breath. What could this man, whose year had been so clearly terrible, tell us about seeing God?

“My wife and I got married in January,” the man said, “knowing that her days were numbered. And then she died last month, as many of you know. And it was a hard year. But I have to tell you,”—his eyes narrowed with intensity, while ours sprung leaks—“this was the best year of my life.”

The best year of his life. A harrowing year, to be sure; a year full of chemo and surgery and, finally, hospice. But it was the only year of his life that he got to be married to her. A year in which they knew the end was coming, and nothing was taken for granted. Everything was bitter, and everything was sweet. God was present. God was real.

The truth is that sometimes, we see God better in the hard times. Sometimes, just when things look bleakest, God shows up. That doesn’t necessarily mean that God makes everything magically better. Sometimes, people still die. And God is there, anyway.

There’s a tiny but crucial little story tucked into the middle of 2 Kings, chapter 6. An enemy army has surrounded the place where Elisha the prophet is staying. When Elisha’s servant wakes up in the morning and sees the horses and chariots all around the city, he panics. “Oh no, my lord!” he says to Elisha as he rushes back inside the house. “What shall we do?”

And suddenly, the servant receives the gift of supernatural sight. The ability to see the invisible. The servant suddenly sees what has been there all along: the hills around the city are full of angel armies. The enemy horses and chariots are not the only horses and chariots surrounding them. Angelic horses and chariots of fire stand waiting in the hills, ready to rush in and defend the man of God. In the midst of the very most terrible time, God is present.

I don’t know what kind of year you’ve had. I can’t say whether your year has been full of good things, things that are easy to list as blessings from God; or whether it’s been the worst year in your living memory, and you can’t comprehend even the idea of a loving God. I can’t answer the question for you—Where have you seen God this year?

But I can tell you this: the very air around your head is pregnant with the presence of God. The hills around your house are full of flaming chariots. If you could see the invisible, you would see evidence of a God who stands ready and waiting to rush in and come to your aid.

Open our eyes, Lord, so that we may see. We are panicked. We are scared. We are sure, so often, that the enemy is upon us and the end is closing in. Teach us, instead, to see you. As we look back on 2020, show us where you have been. As we walk into 2021, show us how to open our eyes each day to your invisible presence.

Sarah L Sanderson is a writer, speaker, pastor’s wife, and mom of four. Find more of her work—including updates on the memoir she is currently writing about abuse, mental illness, faith, and her great-great-great-great-great-grandmother—on www.sarahlsanderson.com, or follow her on Facebook, Instagram, or Twitter.

He giveth power to the faint; and to them that have no might he increaseth strength.
Isaiah 40:29
DailyVerses.net