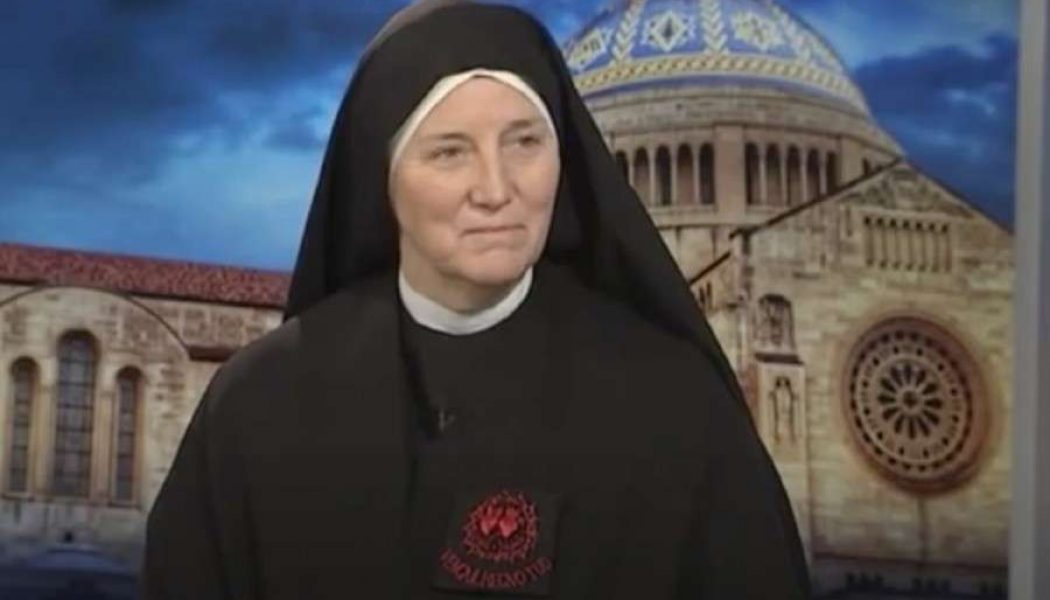 Sr. Deirdre “Dede” Byrne, POSC, was announced as a speaker by the Trump campaign on Sunday, and she has one of the most unique resumes of any speaker to address the convention. A retired colonel in the U.S. Army and a member of the Little Workers of the Sacred Hearts of Jesus and Mary, Byrne has served overseas as a soldier and a missionary.

Raised in the suburbs of Washington, D.C., as one of seven children, Byrne graduated from Virginia Tech before starting medical school at Georgetown. While there, she entered the Army as a way to cover her tuition and ended up serving for 29 years as both a doctor and a surgeon.

Following medical school, she worked from 1982 until 1985 in the field of family medicine and was a full-time Army officer from 1982 until 1989. After that, she went on to serve as a missionary from 1989 until 1990, while remaining in the Army reserve, and she completed a second residency in general surgery in 1997 – the same year in which she met Mother Teresa. Byrne was tasked to be on standby for any medical needs that might occur during the future saint’s visit to Washington.

During her time in the military, she discerned a religious vocation, a call she has said she felt she always had, and was encouraged by a priest to find a religious order that would not require her to give up her work in the medical field.

Her discernment led Byrne to the Little Workers of the Sacred Hearts of Jesus and Mary, an Italian pontifical institute founded in the late 19th century with the primary apostolates of teaching and medical care, and present in Washington since 1954.

Byrne entered formation with the Little Workers in 2002, and professed her first vows in 2004. While in formation, she was still a member of the Army Reserve, and was deployed three times. After a deployment to Afghanistan in 2008, her order requested that she retire from the military, which she did in 2009, before professing her final vows in 2011.

Bryne is scheduled to speak on day three of the Republican convention and Trump has praised her work in the military and medical fields in the past. In his July 4, 2019, address called the “Salute to America,” the president featured a reference to Byrne.

“From our earliest days, Americans of faith have uplifted our nation. This evening we’re joined by Sister Deirdre Byrne. Sister Byrne is a retired Army surgeon who served for nearly 30 years,” said Trump.

“On September 11, 2001, the sister raced to Ground Zero, through smoke and debris, she administered first aid and comfort to all. Today Sister Byrne runs a medical clinic serving the poor in our nation’s capital. Sister, thank you for your lifetime of service. Thank you.”

According to a profile from the GIVEN Institute, she is presently the superior of the Washington house of the Little Workers, and works at a medical clinic.

Ralph Martin: The biggest crisis in the world revealed…

Sober but serene themes of judgment in the spirituals…