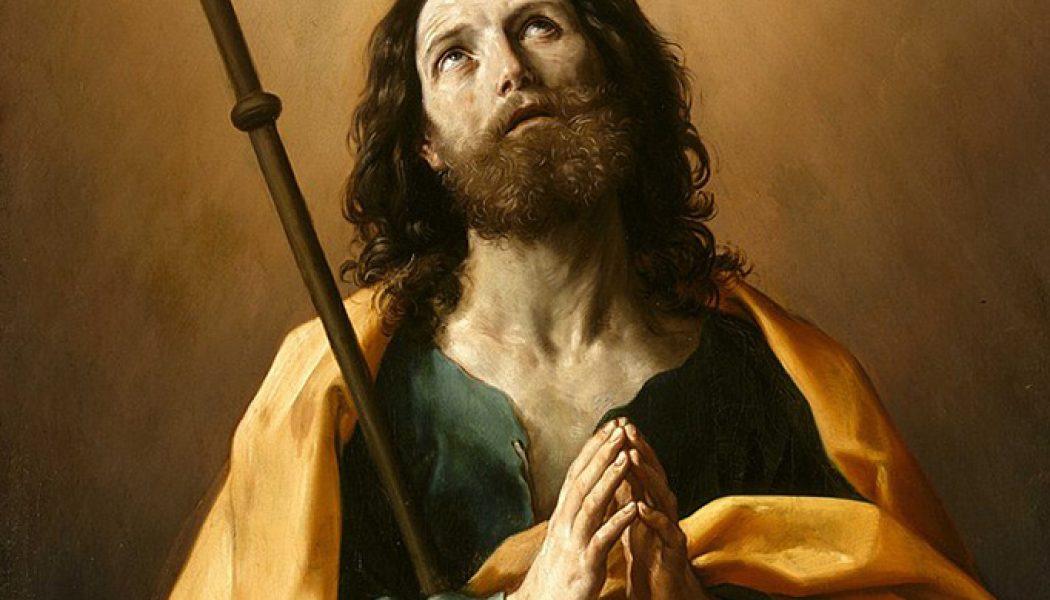 St. James the Greater — Fisherman and Son of Thunder

St. James the Greater is honored July 25, and he is the patron saint of Spain, arthritics, soldiers and pilgrims.

He walked along from there and saw two other brothers, James, the son of Zebedee, and his brother John. They were in a boat, with their father Zebedee, mending their nets. He called them, and immediately they left their boat and their father and followed him. ―Matthew 4:21–22

James the Greater was a fisherman from Galilee whom Jesus called to be an apostle. This James happened to be part of a trio of apostles who were with Jesus during three particular occasions. James, his brother John, and Peter made up this distinctive group.

The first James-John-Peter event was the raising of the 12-year-old daughter of Jairus, a synagogue official who sought out Jesus for her healing. Jesus went to the man’s house and brought Jairus, his wife, and the three apostles into the girl’s room with him. Then he commanded the dead girl to rise, and miraculously, she got up and began to walk about.

The second unique experience was Jesus’ Transfiguration. Jesus again had his three closest apostles — James, John, and Peter — with him on a mountaintop when his body became luminous. He was joined by Moses and Elijah, who appeared with him in glory.

James the Greater and his brother John shared a unique nickname given to them by Jesus: Boanerges, which is Aramaic for “Sons of Thunder.” Most biblical historians attribute this nickname to an event that occurred when some Samaritans refused to open their hearts to messages of Jesus — James and John desired to call fire down from heaven upon them.

From Pentecost until his beheading in Jerusalem around A.D. 42, James’ whereabouts are unclear. Enduring legends suggest that he spent that time frame preaching in Spain. Additional accounts say that at some point following his death, his remains were miraculously transported to Spain, where they were ultimately entombed within a beautiful cathedral. Now, each year, thousands of pilgrims hike to this holy site, Santiago de Compostela, for spiritual renewal.

St. James the Greater is honored on July 25, and he is the patron saint of Spain, arthritics, soldiers and pilgrims.  If St. James the Greater’s story appeals to you heart, or you would like to ask for his prayers for a special intention, try the Biblical Novena below.  Read one passage a day, jot down some notes and thoughts, and see what new insights you might glean from this Apostle who was so close to Jesus.