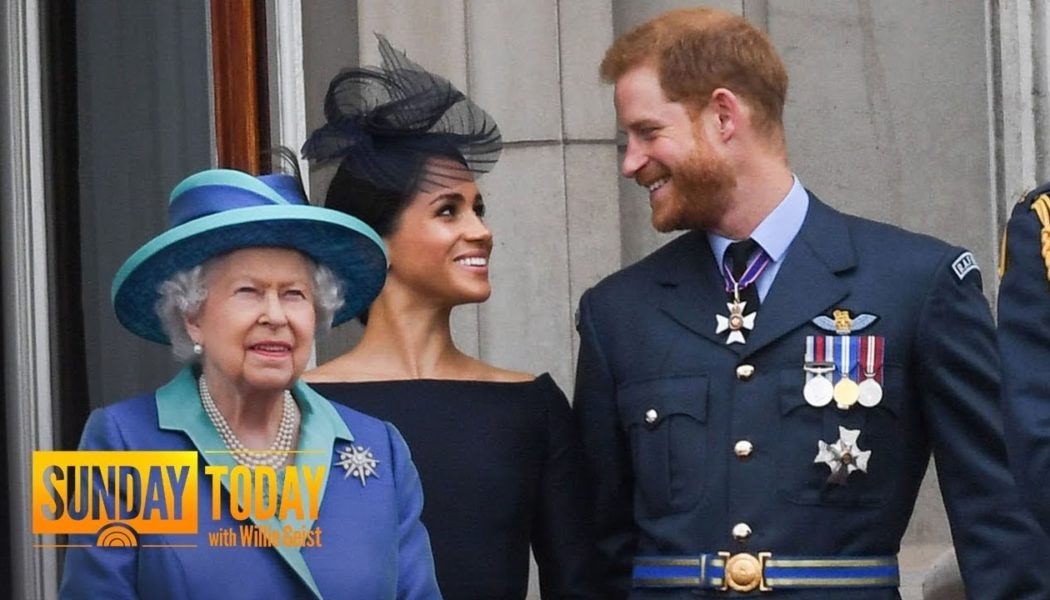 If low-church Anglican evangelicals were active in the whole naming-saints thing, you know that the process would already be in motion to honor Queen Elizabeth II. The quiet dignity of her Christian faith was at the heart of her long life of service.

This brings us to what I would argue is a valid religion-angle story linked to “Spare,” the tell-all confessional memoir Prince Harry has released from the media-friendly alternative palace that he is creating with Meghan Markle here in America.

Here is the basic question: In what church will Harry and Meghan raise their children?

This points, of course, to broader questions about the seismic changes inside England’s Royal Family after the passing of Elizabeth the Great. Yes, some of these questions are linked to the complex ecumenical history of King Charles III (see “The Religion of King Charles III” at The National Catholic Register). But it’s pretty clear that there is another divide — in style and content — between the king and Prince Harry.

This brings us to a good news-bad news situation for one of America’s most symbolic denominations.

The good news: Prince Harry would make a great Episcopalian.

The bad news: Prince Harry would make a great Episcopalian, or he could be another “none” or “nothing in particular.”

In a way, Prince Spare faces choices about faith — even liberal Protestant faith — linked to the great exodus of Americans from established religion and, in particular, from the fading “Seven Sisters” of liberal Protestantism. Will the Duke of Sussex and his family become active, vocal Episcopalians or will they become examples of trends described in the book “Nonverts: The Making of Ex-Christian America,” by Stephen Bullivant.

Think about this for a minute. If you sort through the 17,900,000 or so stories in a Google News file about “Spare,” it’s hard to find a better high-point in this drama than the 2018 wedding of Prince Harry and Meghan Markle. And who was the rock star of that media circus? It was the preacher — the leader of the Episcopal Church in the United States. You can hear the hosannas in the overture of this celebratory New York Times feature:

Keep your fascinators, tiaras, regalia and romance. What if the surprise biggest star — the Pippa Middleton, if you will — of this royal wedding was a sermon about love?

Michael Bruce Curry, the presiding bishop of the Episcopal Church in the United States, delivered a searing, soaring 13-minute speech, imploring Christians to put love at the center of their spiritual and political lives. Until that moment, the ceremony had been quite staid, stuffy even, with only the mention of “sexual union” to keep us on our toes.

Thus, to cite the headline on a must-read Tablet news feature by Maggie Phillips, does it make sense to ask if the Episcopal Church — in urgent need of an attractive public face — could become “The Church of Harry”?

Prince Harry\u2019s Millennial spirituality in \u201CSpare.\u201D Me on Haz\u2019s areligiosity, which trends with much of the Anglican Communion on both sides of the Atlantic. (Tip of the hat to \u2066@SSBullivant\u2069\u2019s great work in \u201CNonverts\u201D on putting this one together) https://t.co/mBppVHUMUH

Prince Harry’s Millennial spirituality in “Spare.” Me on Haz’s areligiosity, which trends with much of the Anglican Communion on both sides of the Atlantic. (Tip of the hat to ⁦@SSBullivant⁩’s great work in “Nonverts” on putting this one together) https://t.co/mBppVHUMUH

That could happen. That depends, of course, on whether Prince Harry and Meghan Markle choose to publically embrace and practice ANY form of Christian faith, even the liberal Protestantism found in the Episcopal Church. But it is logical to ask these questions, note Phillips:

That the royal describes himself as “not religious” means he is like many of his fellow millennials, who are more likely than previous generations to cite their religious affiliation as “none” in surveys. In this respect at least, he is also more like his fellow Brits than his father, King Charles, the supreme governor of the Church of England. Harry’s disaffiliation is also something he has in common with American Episcopalians, who fall under the global umbrella of Church of England-derived autonomous churches known as the Anglican Communion. Both denominations have experienced sharp decline in recent decades.

The two churches, Episcopal and Anglican, are a kind of theological symbol of the U.S.-U.K. special relationship. Harry’s American wife, Meghan Markle, was baptized and confirmed into the Anglican Church shortly before her wedding. And the head of the Episcopal Church, Bishop Michael Curry, achieved star status when he delivered a conversational, American-style homily at their royal wedding in St. George’s Chapel, Windsor.

The Sussexes would have a couple of worship options should they decide to depart from their $14.7 million Montecito pile for a Sunday morning service. In nearby Santa Barbara, there are All-Saints-by-the-Sea and Trinity Episcopal churches, both of which state their progressive credentials on their website while displaying high-quality photos of their ornate neo-Gothic architecture and interiors. …

But given that Harry describes wondering in his memoir what happens to people after they die (“Could there really be Nothing after this?”), and Meghan meeting his grandmother while she was returning from church, where the couple had evidently not been, we can assume he, at least, is not observant. This would track with most of his fellow Anglican Communicants in the United States: Baptized members have declined from over 2 million in 2012 to 1,678,157 in 2021, a decline of nearly 20%. As for attendance, the median average at a Sunday service in 2021 was 21, a decline from an average of around 50 in 2020.

These numbers are a sharp contrast from when Episcopalianism was the default for most American WASP elites. God is no longer “an Episcopalian from Boston.”

If you want more information on Episcopal red ink, see this much discussed piece by chart-master Ryan Burge, which was re-upped here at GetReligion: “And this just in: The Episcopal Church gets more sobering news from the book of numbers .”

The question, for Phillips, is whether Prince Harry will choose this safe, liberal church option. Will he choose to believe ANYTHING in particular? Will he take any new, defining vows that would limit his freedom?

For example: What happened to the mini-wave of tabloid press coverage of where Harry and Meghan would, or would not, baptize baby Lilibet? After all, that subject did surface briefly during an early entry in that hot, hot, hot series of NetFlix “documentaries.”

But let’s end with this Tablet statement of the Big Question, the question looming over Prince Harry and the, frankly, the survival of liberal Christianity in the West:

In Britain today, Christians are now a minority in England and Wales. Now stateside, Harry may not go to church, but in his memoirs he visits a psychic, and follows the advice of an ayurvedic doctor for his wife’s delivery of their first child. Reminiscences in his memoir of footmen bringing him dinner on a literal silver tray, and horseback riding with his brother in Lesotho, “capes blowing behind us,” may make Harry seem out of touch. But he is a true man of the people in one respect. By dabbling in other traditions, and distancing himself from the faith of his father and grandmother, he is simply falling in line with the trends of his fellow millennial “nones,” his secular countrymen, and increasingly, Americans, who even as they retain their religious belief, are less likely to associate with a denomination.

No longer the status symbols they once were, the Church of England and the Episcopal Church both are a bit like Harry: They have name recognition, and a historic legacy. Now, untethered from their traditional influential roles, they seek to redefine themselves, and are telling their story to new audiences, hoping to win them over.