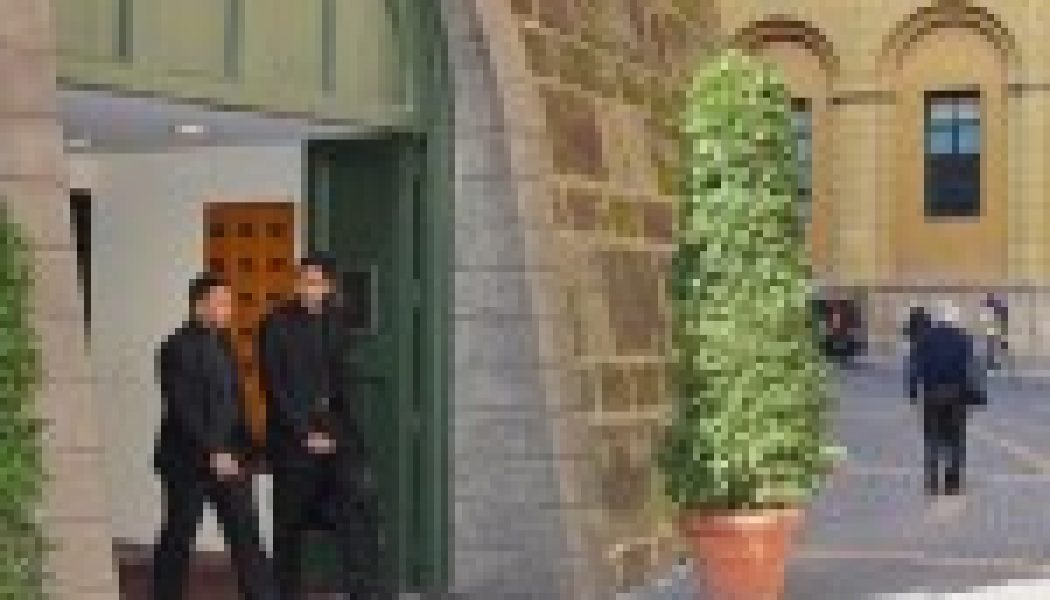 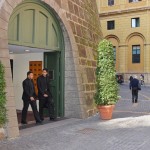 The arrest of Gianluigi Torzi in the Vatican led to more questions than answers. Torzi is the Italian broker who lives in London that operated as an intermediary in the Vatican Secretariat of State purchase of a building in Sloane Avenue, in London.

The investment generated no profits and 18 million euros loss. Thus, the Secretariat of State decided to cut the relations with the Athena Fund and buy the real estate. Gianluigi Torzi came into play in that transition. Torzi helped in the purchase operation. He proposed to the Holy See to buy the shares via the Gutt SA, a company based in Luxembourg.

Torzi allegedly kept some 1,000 shares, the class A type with the right to vote, thus entering in control of the real estate. To finally get the real estate, the Secretariat of State agreed to transfer to Torzi an amount of between 5 and 15 million euros, according to sources.

The suspension was prolonged until July 31 for two officials; another one was not renewed in his position, another was transferred to another job, and the last one was sent back home. It is noteworthy to recall that all of these measures were taken although there is no trial yet: the investigations are ongoing, and no charges were formalized against any of the officials.

It seems Pope Francis is pushing to act and to act now. Pope Francis, Corriere della Sera reported, wants to get out of the Sloane Avenue case, and wants to accelerate the reform of Vatican finances that Cardinal George Pell had initiated.

In these messy situations, many narratives cross each other. Before, it was said that Pell’s reform met resistance because people wanted to continue their wrongdoing. Now, Pope Francis’s reforms are meeting resistances, and so – according to a narrative – the Pope is right in carrying forward Cardinal Pell’s reform. None of the perspectives considers that the adjustments to Cardinal Pell’s reforms were to preserve the Holy See and its particularity, not necessarily to go against Cardinal Pell. If we follow this rationale, Pope Francis came late to an understanding of Cardinal Pell’s initiatives. Perhaps, behind all of this stories, lies the fact that the Holy See is the only loser here.

The current situation is a Vatileaks comeback. Since the beginning, Vatileaks appeared to be an attack on the Holy See sovereignty. The leaked papers are papers of the investigation, and they got published in the newspapers. Incredibly, the Holy See made the decision not to pursue the leaks, but rather to release on Vatican News an update of the investigation. This decision casts many doubts because the investigation is still ongoing, and many things must be clarified. According to Vatican News, Torzi incurred in extortion in asking for compensation for his work.

However, there is an odd situation to deal with: Torzi had been summoned to clarify his position to the Vatican prosecutor’s office and was arrested at the end of his testimony. Here is the first question: is it possible to summon someone to testify and arrest him, immediately filing charges against him? If the measure will prove unjust, the Holy See will be sued for moral damages and will have to pay millions of euros.

Right after the arrest, friendly media published “exclusive” documents of the Vatican prosecutor. Someone called it a “disinformation strategy.” The defendant would have no benefit in leaking the documents to the media, especially while the investigation is ongoing. So, who leaked the documents, and why? Who is the so-called Vatican “crow”?

It seems that things are always developing in the same environment, a shadowy Italian – Vatican relation that was already present during the Vatileaks season. Leaks are a sort of unconventional weapon. Some people have interests on one side and the other of the Vatican walls and do not want to lose their influence. Who are they? What are their interests?

The leak of documents does not help answer the questions, but it puts the Holy See in a bad position. On June 10, the Financial Times, with the documents in the hand, clearly said that the documents contradict the Vatican narrative.

The Financial Times explained that Torzi had a regular contract with the Vatican Secretariat of State. The Secretariat of State paid Torzi on the basis of the contract. Monsignor Perlasca, speaking to an Italian newspaper, maintained that he proposed to sue Torzi. Perlasca also clarified that he never acted without the authorization of his superiors. The Financial Times also stressed that the superiors had to know everything. This is a given: nothing, at that level, can be done without the superiors’ direct authorization.

While journalistic reports are focusing on details, on the network of personal relations and even on the misconduct of the Vatican officials, it would be rather important to look at the broader scenario.

There is more. The Secretariat of State’s suspicious transactions report opened an investigation that was not going to be shut down once the financial transactions were over. The investigation was going to go on. On the one hand, the Secretariat of State finalized the purchase of the real estate for “reasons of State,” which is saving a State investment. On the other hand, the investigation was not over. Why did the Vatican police then seize the AIF’s offices without considering the work done by the AIF?

The searches in the Financial Intelligence Authority offices created problems for the stability and credibility itself of the Holy See financial system. If an intelligence authority is searched and then has to fix its relations with the Tribunal with a memorandum of understanding (which happened), there is a problem in the judicial system.

The AIF was decapitated, especially in its international component. René Bruelhart, the president, was not renewed at the helm of the board once his mandate expired. Following the seizures and the Egmont Group decision to cut the Holy See from the internal information circuit, two board members, Juan Zarate and Marc Odendall, resigned. They said that the authority was now an empty shell.

The board had taken a powerful position in defense of the work of the director Tommaso Di Ruzza, who was suspended from his job without any charges. Di Ruzza was not renewed in his position once his mandate expired.

Why, then, all of these moves against the AIF? Coming back from Japan, Pope Francis said that the AIF “failed to oversee.” Did the AIF fail to oversee? Or did it merely operate to defend the Holy See interests and cooperated with the Secretariat of State?

The Financial Times, citing a former official of the AIF, spread the suspicion that in the end, someone did not want that the AIF to carry forward its work. The 2018 AIF report described the authority’s many intelligence operations, which caused an arrest in Brazil over top-ranking politicians’ fraud. The intelligence system had been set up, but the Vatican Tribunal did not follow with prosecutions.

The 2017 Moneyval report complained about the Tribunal. The Council of Europe’s committee was supposed to evaluate the Holy See again last Spring, and the evaluation was going to be based on the effectiveness of the judicial system. The legal system, on the other hand, shows much activity. The judicial system also spread the narrative that the Vatican knows how to face issues since the suspicious transaction report comes from within. Can this be enough to render a favorable judgment on the the judicial system?

All of these are burning questions, and they all have a particular weight at an international level. The storytelling on the plots against Pope Francis’ reform can work at a very low level. Financial institutions, on the other hand, look at the facts and the international framework. Not even the Pope’s moral authority, as respected as it is, has much weight in their assessment.

The investigation will be hard for the to the Holy See to manage. As seen, there are many open questions. The way investigations and prosecutions will be managed will have a significant impact. But we must see if the trial will be based on objective data or if the Vatican will prefer working to preserve the image and the self-description it has shown till now.

Expert hosting reviews and advice. Easiest system ever – done for you affiliate marketing system. However, the concept of buying and renting has been made easier with the advent of the internet.