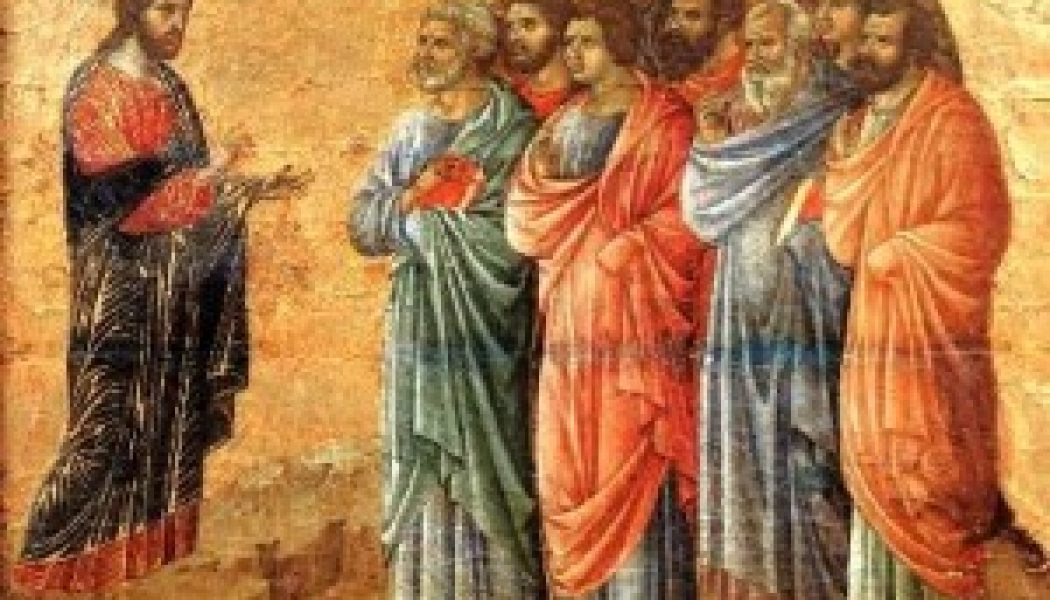 In these early weeks of “ordinary” time, we are being introduced to Jesus and the beginnings of His public ministry. Matthew’s Gospel today describes how Jesus began His public ministry in the wake of the arrest of John the Baptist. Matthew tells us four things about Jesus’ ministry: its context, its content, its call, and its comprehensiveness. Let’s look at each in turn.

The CONTEXT – When Jesus heard that John had been arrested, he withdrew to Galilee. He left Nazareth and went to live in Capernaum by the sea, in the region of Zebulun and Naphtali, that what had been said through Isaiah the prophet might be fulfilled: Land of Zebulun and land of Naphtali, the way to the sea, beyond the Jordan, Galilee of the Gentiles, the people who sit in darkness have seen a great light, on those dwelling in a land overshadowed by death light has arisen.

The relocation of Jesus northward from Judea up to Galilee coveys some important truths. First, it tells us of the hostility of the southern regions to the message of John the Baptist and Jesus. The area in and around Judea (which included, principally, Jerusalem) was controlled by a sort of religious ruling class (the Sadducees, especially, and to a lesser extent, the Pharisees). Because they were in strong but often controversial control in these areas, they were far less open to ideas that in any way threatened their leadership or questioned the rituals related to the Temple.

And so Jesus moved north to more fertile territory in order to begin His public ministry; the Jewish people in Galilee were less hostile. In fact, the people of Jerusalem often looked down upon them for their simple, agrarian ways and their “rural accent.” But it was more fertile ground for Jesus to begin His work.

There is an important lesson in this: While we must carefully preserve Christian orthodoxy and only accept doctrinal development that is organic and faithful to the received Apostolic Tradition, we can sometimes inadvertently stifle the Holy Spirit, who speaks to us through unexpected people and in unexpected ways.

The Pharisee leaders simply rejected the notion that any prophet could come from Galilee.When Nicodemus encouraged them to give Jesus a hearing they scoffed, Are you from Galilee too? Search and see that no prophet arises from Galilee (Jn 7:52). Sometimes we can insist upon a single position in matters in which Christians are allowed freedom. For example, there are various degrees of expression permitted in the liturgy; there are also different schools of theological thought that are allowed by the Church.

Balance is required of us.We may prefer Thomistic formulations, Carmelite spirituality, charismatic worship, or the traditional Latin Mass. Such things are legitimate matters for discussion; we ought not to feel threatened by what the Church currently deems to be legitimate diversity. Discovering the range and limits of diversity is an ongoing matter for the Church; we should not permit the field of our own soul to be hostile to Jesus and His ministry, which may come to us in more diverse ways than we would prefer.

How tragic it wasfor Judea that Jesus thought He had to move on to more fertile territory, and what a blessing it was for Galilee that He moved there. But for Galilee there was this boon:The people who walked in darkness have seen a great light; those who dwelt in a land of deep darkness, on them has light shined (Is 9:2).

The CONTENT –From that time on, Jesus began to preach and say, “Repent, for the kingdom of heaven is at hand.”

We have discussed before the careful balance of Jesus’ preaching. He is willing to challenge and so to say, “Repent.” But He also declares the good news that the Kingdom of Heaven is at hand. Accepting the ministry of Jesus requires that we avoid the two extremes of presumption and despair.

To those who make light of sin and their condition as sinners, Jesus says, “Repent.”It is wrong to presume that we do not need continual healing power from the Lord in order to overcome our sin. Perhaps our greatest sin is our blindness to it. Most do not seem to comprehend how serious their condition is.

The word translated here as “repent” is μετανοεῖτε (metanoeite), which means more literally “to come to a new mind,” or “to come to a new way of thinking.” In our sin-soaked world, a world in which sin is so pervasive as to almost go unnoticed, Jesus says, “Come to a new mind. Understand your condition and your need for mercy and grace. Come to understand that without the rescue that only God can provide, you are lost.” And hence we are told to reject presumption.

But we are also told to reject despair, for the Kingdom of God is at hand. In other words, the grace and mercy of God are available to rescue us from this present evil age and from our carnal condition. Through Christ we are granted admittance to the Kingdom. The Spirit of God can overcome our carnal, sinful nature and bring us to true holiness.

In our own proclamation of the Kingdom we also need the proper balanceexhibited by Jesus. Consider that if children hear nothing but criticism they become discouraged (they despair), but if all they hear is praise they become spoiled and prideful, presuming that everything should be just as they want it.

For the Church, too, balance is necessary.Many people expect the Church only to affirm and “be positive.” This leads to a selfish and incorrigible world and to the presumption that nothing matters (as we can plainly see today). Thus the Church must announce the call to repentance, but must also offer hope and mercy to sinners. She must offer grace though the Sacraments and her preaching, which, with God’s power, makes the Kingdom of God to be “at hand.”

The CALL – As he was walking by the Sea of Galilee, he saw two brothers, Simon who is called Peter, and his brother Andrew, casting a net into the sea; they were fishermen. He said to them, “Come after me, and I will make you fishers of men.” At once they left their nets and followed him. He walked along from there and saw two other brothers, James, the son of Zebedee, and his brother John. They were in a boat, with their father Zebedee, mending their nets. He called them, and immediately they left their boat and their father and followed him.

In building His Kingdom, Jesus summons men to follow Him.He will train them to be the leaders of His Church as Apostles. The Kingdom of God is not just concerned with calling disciples, but also with developing leaders to provide order and authority in the Church.

Even the most “democratic” of organizations requires authorityand leadership. Without these there is anarchy and a battle of wills. Hence, in the early stages of His public ministry, the Lord calls disciples and also grooms leaders. Consider three things about the Lord’s call.

His ARTICULATENESS– He says to these apostles, Come, Follow me.His announcement is unambiguous. Good leaders make clear what they ask, indeed, what they demand. Jesus is clear to set the course and point the way; Heis that way.

His APPEAL –Jesus must have had tremendous personal appeal and exuded a strong, reassuring authority. His appeal to them was personal: “Come, follow Me.” He did not merely say come and “learn my doctrine,” or “accept my vision.” He said, “FollowMe.” So, as we hand on the faith to our children and others, we cannot simply say, “Here is the Catechism; follow it.” Each of us must also take the next step and tell them to follow the Lord with me. We cannot simply parrot what a book says, correct though that book might be. Ultimately we must be able to say, “I am a personal witness to the fact that God is real and that the truth He has given to the Church is authentic and is changing my life.” Our appeal must include the personal testimony that what we proclaim is real and is changing our life: “Come, and go with me to my Father’s house.”

His APPROACH–Note that the Lord builds on something they know: fishing. He starts with the familiar in order to draw them to the less familiar. In a way, He is saying that the gifts they are currently using are just the ones they need to use as leaders in God’s Kingdom. Fishermen are

The COMPREHENSIVENESS – He went around all of Galilee, teaching in their synagogues, proclaiming the gospel of the kingdom, and curing every disease and illness among the people.

Note that all of Galilee was His mission field and He covered it comprehensively.He also cured people of every disease and illness. And thus the Church is catholic, and must address every part of the world, providing a comprehensive vision for life. We may not have the power to solve every problem, but we can provide the vision of the Paschal mystery, which sheds light and brings spiritual healing to every affliction. If we are suffering and dying, we must remember that Jesus did as well, but only to rise and be glorified on account of his fidelity and obedience.

For the Church and for the Christian, the comprehensive answer to every affliction isthat we are always carrying about in our bodies the dying of Christ so that the rising of Christ may also be manifest in us(2 Cor 4:10). We seek to bring healing to everyone we can, and where physical remedies are not possible, the truth of the Gospel reassures us that every Friday, faithfully endured, brings forth an Easter Sunday.

Here, then, are four crucial insights from the beginning of Jesus’ public ministry. They are important for us to acknowledge and to imitate.

Journey with me back to 1971 (a year of funny hair, to be sure) and listen to this old classic: “Come and Go with Me to My Father’s House.”