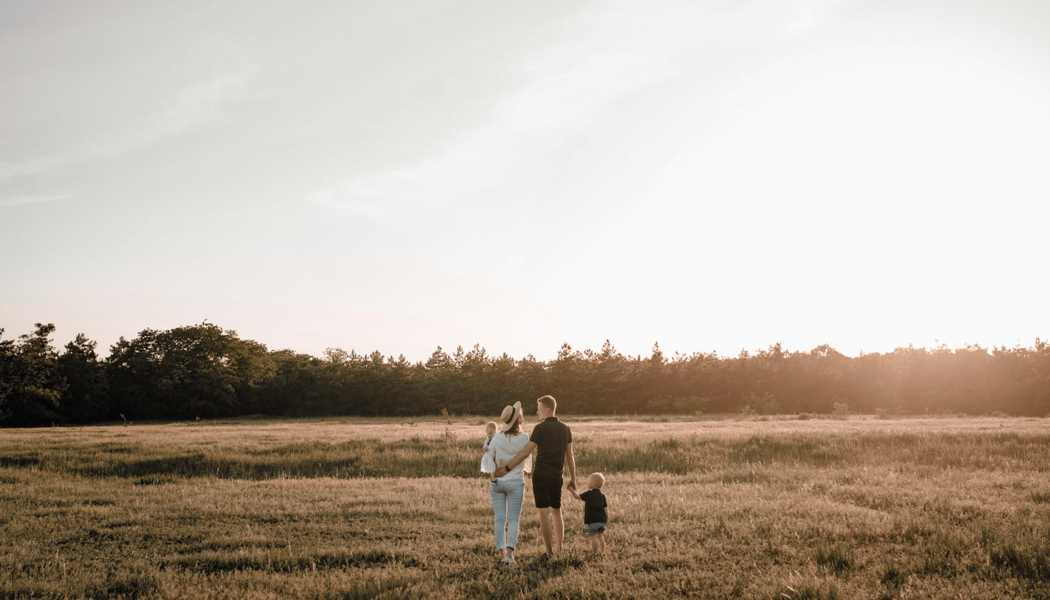 Jesus sounds like a dangerous extremist on the 23rd Sunday of Ordinary Time, Year C,when he says we have to hate our family — and even our own lives — to follow him.

But he also gives us the perfect analogy to understand why he is not asking something crazy and wrong.

In fact, Jesus is not the extremist, we are, and Jesus calls us out. We already reject our families for things far less important than God.

“If anyone comes to me without hating his father and mother, wife and children, brothers and sisters, and even his own life, he cannot be my disciple,” says Jesus in this Sunday’s Gospel, from Luke. As in his account of the Beatitudes, Luke likes to share the most emphatic expressions of Jesus. In Matthew, Jesus says, “He who loves father or mother … son or daughter more than me is not worthy of me.”

In both cases the meaning is the same: Our ultimate allegiance is often misplaced. Our actions too often say we love work more than our families, our addictions more than our kids, our angry moods more than our spouses, and ourselves above all.

But Jesus gives two examples of when prioritizing family second is a good thing. First, he asks, “Which of you wishing to construct a tower does not first sit down and calculate the cost?”

What calculations does the builder have to make? He has to set aside money for the building, organize workers, and manage his own time. That means he has to take time and money from personal priorities — including his family — and put them toward the tower.

Then, he compares us to a commander of 10,000 troops facing an enemy twice our size. That commander has to marshal his forces and either attack, defend or evade. As the enemy approaches, there is no going home to rest, no quality time with the kids, no spousal dates.

Jesus uses those analogies with good reason. We all need to build a tower and prepare for battle.

Jesus will later use the watchtower as a metaphor for the vigilance we are supposed to have and compare the Church to an army battling the powers of hell.

He wants us to know that the most vicious enemy imaginable — an enemy that wants us to be unhappy forever — is already upon us, and even now is inside our very homes and amassing nearby, ready to send in reinforcements to finish us off.

We see his work all around us. Consumerism enslaves us as we spend more than we have and work more than is healthy to buy more than we need. Pornography, often of the vilest kind, is more popular than professional sports and streaming movies in our neighborhoods, and is reshaping society’s understanding of sex, gender and marriage. Federal, state, and local regulators are working hard to enforce conceptions of the human person that are antithetical to the Gospel in our schools, libraries, and workplaces.

It is time to take the battle seriously. It is no good pretending that peace is possible. It isn’t. As Lucia Dos Santos, the oldest of three Fatima visionaries, said, “The final battle between the Lord and the reign of Satan will be about marriage and the family … and anyone who operates for the sanctity of marriage and the family will always be contended and opposed in every way, because this is the decisive issue.”

But “Do not be afraid,” she said. “Our Lady has already crushed its head.”

Our victory will come, but only when we sacrifice everything to watch, pray, and battle. The First Reading describes how this works. “For the corruptible body burdens the soul and the earthen shelter weighs down the mind that has many concerns.” Our attachments warp our understanding, but whatever we are attached to that is not God is grass and dust, says the Psalm.

In the face of this terror, Padre Pio and Mother Teresa are great examples of this Sunday’s Gospel in action.

Padre Pio’s father, Grazio Mario Forgione, was a great example of what sacrificing your family life for God looks like. He left Italy for America to work for enough money to give his son the opportunity to be a seminarian. His sacrifice inspired a saint who changes lives to this day.

Mother Teresa’s father, Nikollë Bojaxhiu, spent time “building a tower” and planning a “battle” against the anti-religious powers rising in his country, and died, perhaps of poisoning, when his family was young. His daughter heard the lesson loud and clear: He inspired her life of commitment to the Gospel that got her barred from her native land and family.

She expressed perfectly what it means to comply with Jesus Christ’s demands when she said: “By blood, I am Albanian. By citizenship, an Indian. By faith, I am a Catholic nun. As to my calling, I belong to the world. As to my heart, I belong entirely to the heart of Jesus.”

If we neglect our own families for Jesus, it had better send the strong message of love and sacrifice theirs did, and not the bitter message that we love our own self-image more than those who sacrificed for us.

Clinging to God and sacrificing for our family the right way will only deepen our relationship with them in the end.

In fact, loving God means creating new and deeper family bonds. In the Second Reading, St. Paul writes to Philemon about the slave Onesimus. He says he has become a father to Onesimus and sends him back asking for his freedom calling him, “more than a slave, a brother.”

St. Paul has come to this in precisely the way Jesus asks: by giving up everything, even his freedom, as he writes from prison.

“I must stand in awe of the apostle’s greatness of soul here, as a man whose mind burns for Christ. He is held in prison, he is constrained by chains, in physical misery, separated from dear ones, plunged into prison darkness, yet he does not feel the injury, he is not crucified with sadness. Rather, he knows nothing else than to ponder the gospel of Christ.”

That self-giving is how Paul can love the way he loves, and how he can say of the slave, “Welcome him as you would me.”

Ultimately, though, we have with us right now an even greater example of family sacrifice than Padre Pio, Mother Teresa and St. Paul put together.

The Divine Source of all Fatherhood, God the Father, sacrificed his Son, Jesus Christ, for our sake; and the Son sacrificed his life in obedience to the Father.  He asks nothing less of us, saying, “Whoever does not carry his own cross and come after me” along with “anyone of you who does not renounce all his possessions, cannot be my disciple.”

Jesus comes before us at each Mass, having carried the cross and sacrificed his possessions to such a great degree that he no longer looks like a man at all, but like a simple white host. When we say “Amen” to the body of Christ, we are choosing his way of abandonment; choosing him above all of our own possessions.

Then  we can look out at the powerful enemy who has captured the attention of the world and know that, united to Christ, our small numbers will absolutely win the day.