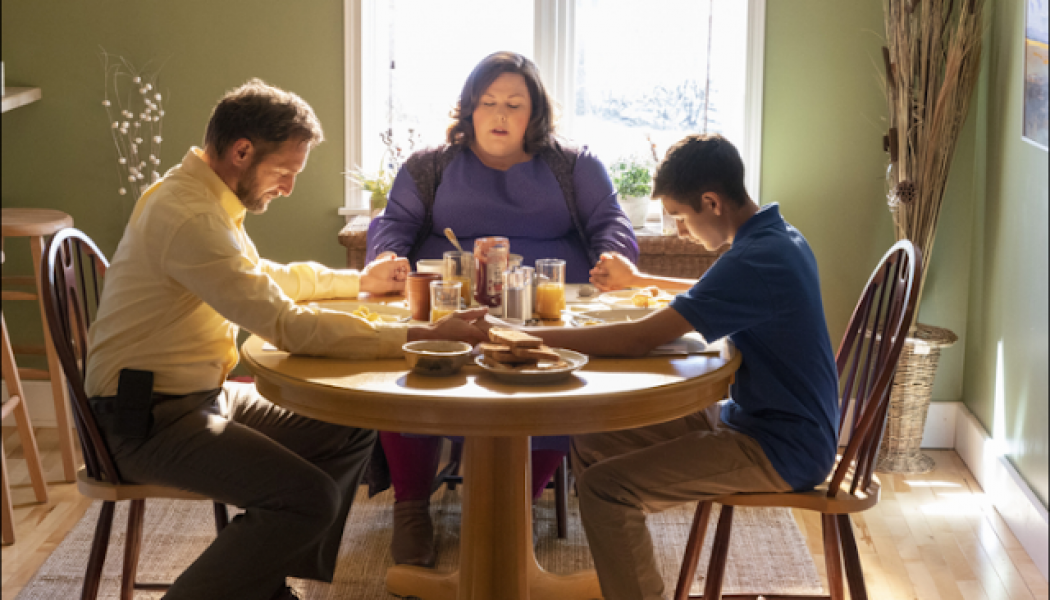 ‘It’s a Testament to God’s Power’

The trailer for the forthcoming faith-based film “Breakthrough” broke records with a staggering 40 million views in one week, highlighting God’s power, producer DeVon Franklin has said.

Starring Chrissy Metz of This Is Us, “Breakthrough” tells the real-life story of Joyce and John Smith. When John, Joyce’s adopted son, falls through the ice into the freezing waters of a Missouri lake, it seems that all hope is lost. As John lay without any signs of life in excess of an hour, his mother began to fervently pray for any miracle. Miraculously, John’s heart starts to beat again, astounding everyone present and defying every scientific prediction. Mere days after the accident, John walked away from the hospital, fully healed.

Franklin, a bestselling author, pastor, and President/CEO of Franklin Entertainment, told The Gospel Herald that within days of its release, the trailer for “Breakthrough” garnered a staggering 40 million views, making it the most successful trailer launch of a faith-based film ever.

“It’s unprecedented,” Franklin said. “It’s just a testament to God’s power and proof that people are hungry for hope and inspiration. Beyond a great story, this film is a great entertainment experience that everyone will enjoy.”

Franklin told GH he signed on to produce “Breakthrough” after hearing Smith’s story while promoting his previous film, “Miracles from Heaven.” He was drawn to the story because it’s a “love letter to the power of prayer and the power of community.”

“Before the accident, John always struggled with his identity,” he shared. “It really reaffirmed for him that he is loved by God, he does have a place in this world, and that God does have a plan for his life.”

The theme of identity is woven throughout the film, Franklin said, and is evident not just in John’s life, but Joyce’s, too.

“Joyce is incredibly headstrong and a force of nature, but she also has to come to a moment where she has to really go deep inside herself to figure out who she really is,” he explained. “There’s a moment in the film which I won’t ruin where she goes before God with questions related to her identity. It’s truly one of the most powerful moments in the film.”

The film also drives home the importance of choosing faith over fear, Franklin said, adding: “This true story is striking a really strong chord with people because they want hope and inspiration, and they also want to be reminded that God is still in the miracle-working business.”

And while the Smith family’s story is rooted in faith, it resonates with both Christian and secular audiences. Franklin told GH that at an advanced screening for the film, one viewer who doesn’t profess any particular faith “cried all the way through the film.”

“They said it was the most moving film they’d ever seen, even though they weren’t a Christian,” Franklin shared. “The reason it resonates with everyone is simply that it’s a great story. At the end of the day, we’re all human, and we are all God’s children.”

“This movie really humanizes the struggle of what happens when life hits us unexpectedly, and how do we make it through,” he continued. “It’s in our toughest moments that we realize that we need others in order to make it through.”

NBA superstar Steph Curry serves as an executive producer on the film, marking his first venture into the world of cinema. Franklin told GH that Curry was on board the minute he read the script.

“He was blown away by the story,” he shared. “We have an all-star team on this film, between Curry and Rev. Sam Rodriguez, who is also my friend.”

Watch the trailer below and learn more at Breakthrough Movie