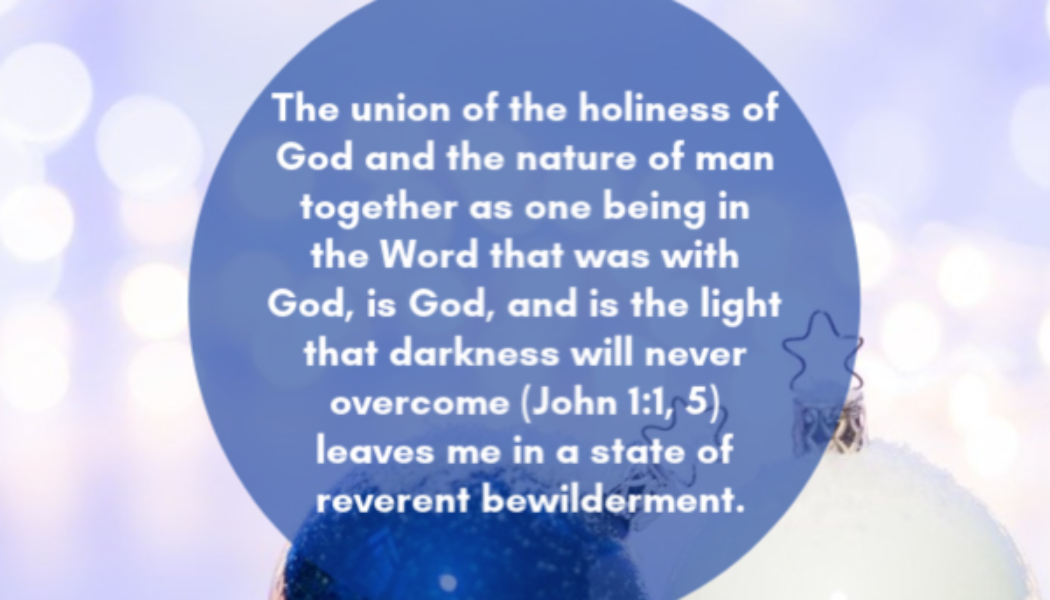 Here is my confession: I believed in Santa until I was eleven. I had suspicions, but as far as I could see I had a good thing going on, and asking questions might mess with the quantity of wrapped bounty strewn beneath the tree Christmas morning. Whether it was Santa or Mom, I didn’t care, because… presents. My grandma finally set me straight during the Yuletide season of sixth grade. She was probably worried about my intelligence or that I would be a bully’s easy target, so she glanced at me incredulously, delicately shook her silver-crested head, and set me straight when I started lodging my defense about why Santa was real.

Growing up is hard. The loss of dreams, wonder, and innocence feels tragic. As a child I felt I had a right to believe in things that could not be explained, understanding better than some adults how to be comfortable with mystery. Yes, my chimney sliding, Ho-Ho-Ho-ing, jolly-bellied gift giver was a myth, but it wasn’t until later in life that I began to understand the true Christmas story was filled with an even deeper wonderment.

It’s a tale with an eclectic collection of characters: a muted uncle, his too-late-to-have-a-baby wife, shepherds, wise men, and murderous rulers. Then there is the teenage virgin who is told to prepare for a baby bump where the Savior of the world will be nestled, and a choir of angels who hearken the beginning of the greatest redemption story that ever was or will be. And don’t forget the donkey. If you carry a pregnant lady on your back you should be remembered.

Yet the biggest mystery remains the fact that “the Word became flesh and dwelt among us, and we have seen his glory, glory as of the only Son from the Father, full of grace and truth.” (John 1:14) The perplexity locked in this one verse is beyond me. The union of the holiness of God and the nature of man together as one being in the Word that was with God, is God, and is the light that darkness will never overcome (John 1:1, 5) leaves me in a state of reverent bewilderment. I look to the person of Jesus, the Christ who came as a baby, died as a man on a cross, and overcame the sting of death by rising again and becoming the rescuer of the fallen. This gospel thrusts me into living out my faith like a child — wandering through mystery and truth and loving every second of it.

Chara Donahue enjoys freelance writing, biblical counseling, and speaking to women when her four kids are out playing with dad. She holds an MSEd from Corban University and is passionate about seeing people set free through God’s truths. She is a regular contributor at iBelieve and her words have appeared at Christianity Today’s Women Leaders, Crosswalk, (in)courage, and The Huffington Post. She longs to be a voice that says, “Hey we are in this together, and there is room for us all.” You can find more from Chara at One Anchored Voice,  Facebook, and Twitter.

But for many of you budding web masters a shared hosting account is exactly what you need. Offers. This document serves as a guide for investors who are considering purchasing an investment property.