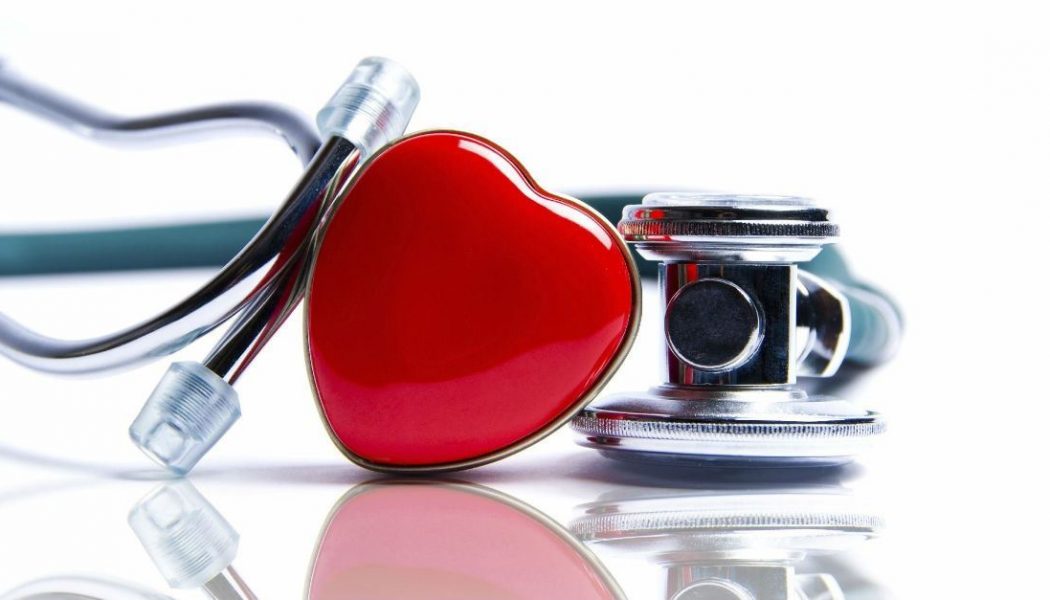 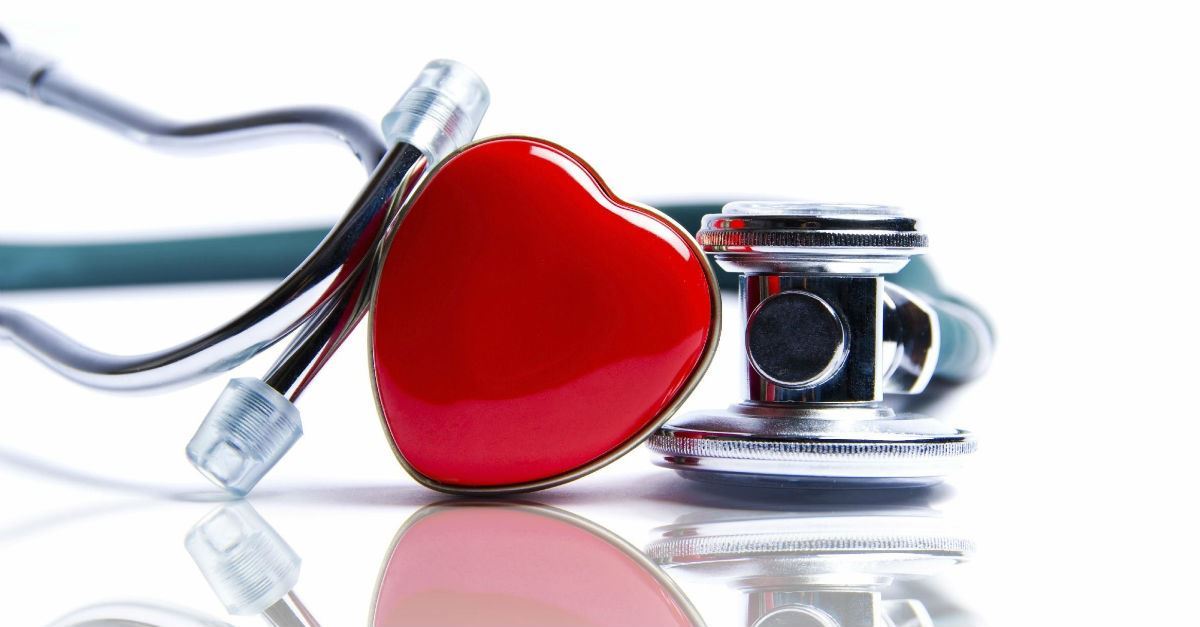 As medical technology has improved, more and more lives have been saved through organ transplants. From around 16,000 donations in 1991 to almost 35,000 in 2017, organ donations in America have increased significantly.

Clearly there are more people waiting for organs than those willing or able to give them. But should a Christian sign up as an organ donor? What does the Bible say?

What Is Organ Donation?

According to Donate Life America, there are a few types of organ donation. The main two types will be discussed here.

The first is living donation, in which a living person voluntarily donates one of his or her organs to another person, usually because the waiting list for deceased donation (discussed below) is too long. This is most commonly done with kidneys.

Though this is a significant sacrifice on the part of the donor, it does not require death. Usually, donors are in some way associated with recipientsin this case, whether by family, friendship, or other means.

The second type, and the type most debated, is deceased donation. In this case, organs, eyes, or tissue are transplanted from a deceased donor to another person.

In this article, deceased donation will primarily be addressed. Unlike living donation, deceased donation typically occurs between strangers. A donor gives consent before death but is not there to supervise the process post-passing, who receives the organs, and which organs are harvested (though some of these things can be stipulated in advance). This type of donation also involves organs that would be impossible for a living donor to give, such as heart and lung donation.

These considerations often lead to concern for those considering whether or not to check that “organ donor” box at the DMV.

Becoming a registered organ donor takes seconds when getting a driver’s license, or a few minutes when registering online. But only about 58% of Americansare registered donors. So what’s the catch? Here are some of the most common reasons Christians might choose not to be a donor.

1. Mutilation of the body

Some believe organ donation is a form of mutilation of the body, and thus dishonoring God’s temple (1 Corinthians 6:19-20).

Since donors seldom have input on who receives their organs, some voice objections to rewarding those who destroy their bodies with bad choices such as drugs or alcoholism by giving them new organs.

Some believe doctors may not work as hard to save an organ donor as they would someone who is not on the list. Thus, some fear that doctors would let them die in order to harvest their organs.

4. Organs for the afterlife

A concern among Christians is whether or not the entire body needs to be intact for the resurrection. What happens if organs are missing?

What the Bible Says

The Bible doesn’t specifically address organ donation since this medical procedure wasn’t practiced until thousands of years later. However, ideas can be gained by considering broad principles.

Since the organ donor receives no monetary compensation, the only reason for organ donation is that of helping others. Clearly, the Bible advocates taking care of one another (see Matthew 22:36-40, Leviticus 19:18, Philippians 2:3-4). Thus, only whether this is a morally permissible way of helping others is at question.

The first concern addressed above, that of mutilation of the body, often stems from 1 Corinthians 6:19-20, which states,

“Do you not know that your bodies are temples of the Holy Spirit, who is in you, whom you have received from God? You are not your own; you were bought at a price. Therefore honor God with your bodies.”

However, this passage says nothing about what specifically to do with one’s body in order to honor God. Since Jesus instructed His followers to take care of the poor, sick, and needy, it does not seem that giving of one’s body to help others would be immoral, especially since Jesus Himself gave up His body for us (Luke 22:19).

Another verse some point to is Leviticus 19:28, which states, “Do not cut your bodies for the dead or put tattoo marks on yourselves. I am the Lord.” Aside from the fact that many Levitical laws are fulfilled under the new covenant and therefore not strictly binding as they once were, it is noteworthy that this passage refers specifically to purposeful, meaning-linked outward markings of the skin. It does not seem to have anything to do with post-mortem bodies, or even surgery, for that matter.

Thus, there doesn’t seem to be any evidence here that God considers organ donation disrespectful to His creation.

Some statistics claim that only 5% of those awaiting organs damaged them due to drug abuse. Whether this is an accurate percentage or not, it is certain that some people waiting for organ transplants made poor and reckless decisions that led them to this situation.

Should a person become a donor if their organs might go to someone who might abuse the new organ? Or who might not feel the full effects of their bad choices because of this second chance?

The Bible doesn’t seem to support not helping others because they don’t deserve it. In fact, a key belief of Christianity is that “while we were still sinners, Christ died for us” (Romans 5:8).

For those unsure whether that kind of forgiveness is required from Christians, or only applies to Christ, the parable of the unmerciful servant in Luke 18:21-35 has much to say.

Thus, there doesn’t seem to be any scriptural support for withholding aid due to the worthiness of the recipient.

Though the claim that doctors might not work as hard to save someone if they are an organ donor has been widely refuted by medical journals, government websites, and personal testimonies, the doubt still lingers for some.

The consideration here is not whether the statement is true; instead, the purpose is to look to the Bible. If it were indeed the case that a doctor might not try as hard to save an organ donor, what would the Bible say potential donors should do?

1 John 3:16 takes it further: “This is how we know what love is: Jesus Christ laid down his life for us. And we ought to lay down our lives for our brothers and sisters.”

“If anyone slaps you on the right cheek, turn to them the other cheek also. And if anyone wants to sue you and take your shirt, hand over your coat as well. If anyone forces you to go one mile, go with them two miles. Give to the one who asks you, and do not turn away from the one who wants to borrow from you.”

From these verses, it does not seem that Jesus would condone refusing to help because of possible (and potentially unlikely) adverse effects to oneself.

4. What about the afterlife?

Nowhere in the Bible is it stated that one needs all of one’s organs in order to participate in the resurrection of the dead.

In Genesis, God cursed Adam, “For dust you are and to dust you will return” (Genesis 3:19).

1 Corinthians 15:50 also seems to suggest that current physical bodies will not be part of the afterlife: “I declare to you, brothers and sisters, that flesh and blood cannot inherit the kingdom of God, nor does the perishable inherit the imperishable.”

“For we know that when this earthly tent we live in is taken down (that is, when we die and leave this earthly body), we will have a house in heaven, an eternal body made for us by God himself and not by human hands. We grow weary in our present bodies, and we long to put on our heavenly bodies like new clothing. For we will put on heavenly bodies; we will not be spirits without bodies.” (NLT)

Thus, the Bible seems to suggest that Christians will be getting completely new bodies.

There are many more facets to organ donation and how it is handled, but in the end, there does not seem to be any Biblical evidence against the practice itself.

Alyssa Roat is a literary agent at C.Y.L.E.and a professional writing major at Taylor University. More than a hundred of her works have been featured in various publications ranging from The Christian Communicator to Keys for Kids.She has worked for various publishing companies, newspapers, and literary agencies and is currently a freelance editor with Sherpa Editing Services. Find out more about her here and on social media @alyssawrote.