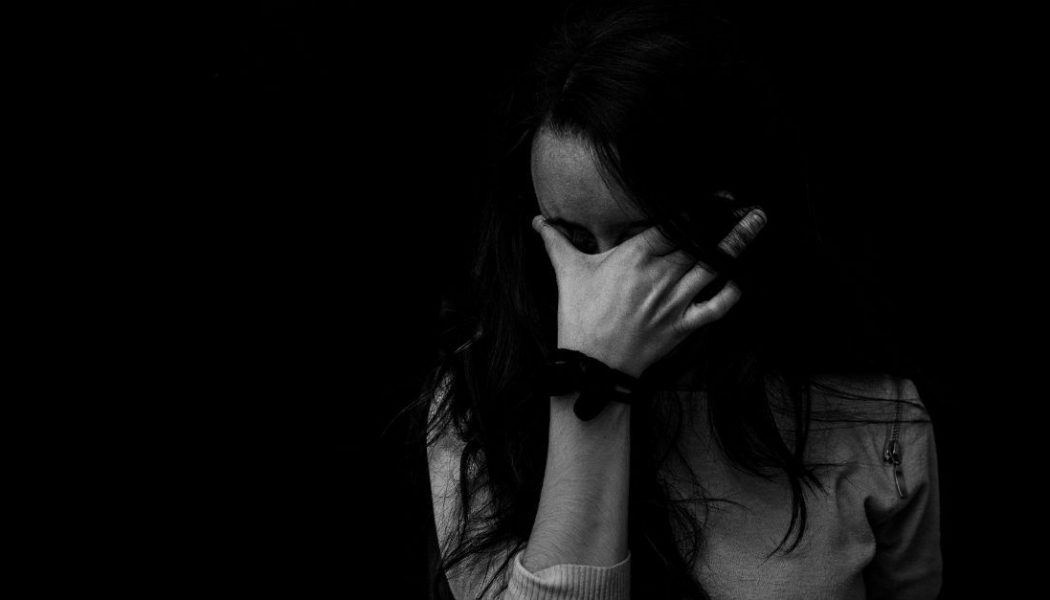 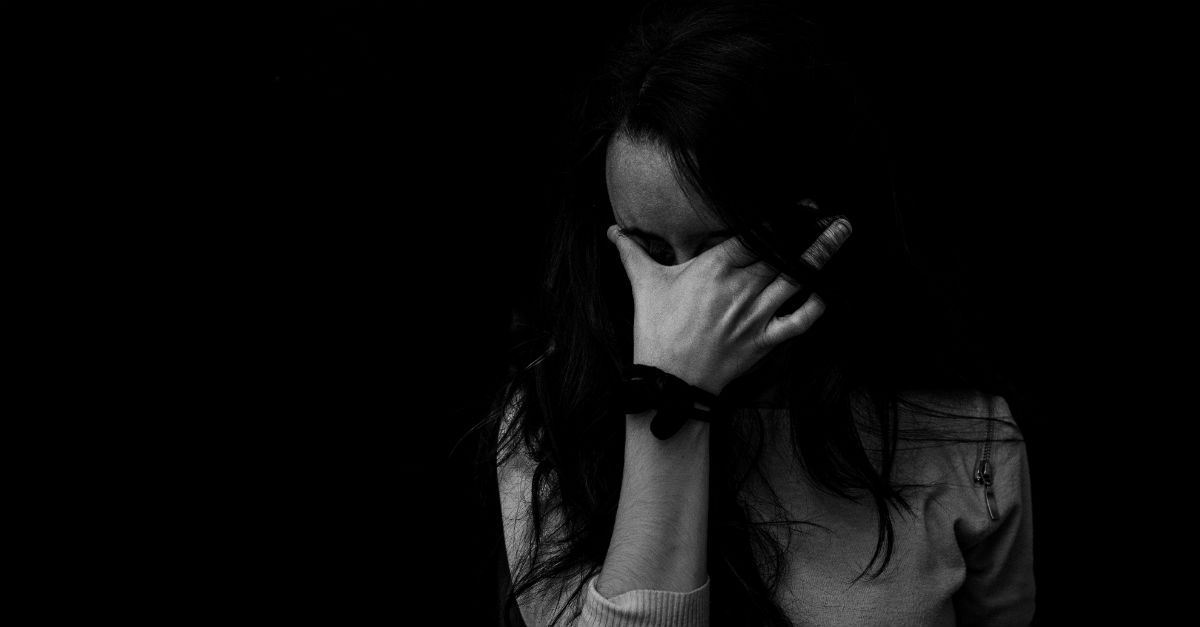 A “thorn in the flesh” is something given to us by God to keep us from becoming conceited. It can feel uncomfortable, like torment, or a form of torture, but God does not torture his children. He helps us! His help can come in the form of discipline and trials, but His purpose is always to strengthen us and conform us into the image of Christ. “We are given thorns that significantly weaken us in order to make us stronger,” as Jon Bloom said at DesiringGod.org.

Paul’s “Thorn in the Flesh” Verses in Scripture

“…in order to keep me from becoming conceited, I [Paul] was given a thorn in my flesh, a messenger of Satan, to torment me. Three times I pleaded with the Lord to take it away from me. But he said to me, ‘My grace is sufficient for you, for my power is made perfect in weakness.’ Therefore, I will boast all the more gladly about my weaknesses, so that Christ’s power may rest on me. That is why, for Christ’s sake, I delight in weaknesses, in insults, in hardships, in persecutions, in difficulties. For when I am weak, then I am strong” (2 Corinthians 12:7-10).

Paul’s Many Reasons to Boast

The Apostle Paul had reasons to boast and be conceited. He lists these in 2 Corinthians 11:21-28.

He was a Hebrew, an Israelite, and a descendant of Abraham, plus a servant of Christ. He worked harder than most, was imprisoned more frequently, flogged more severely, exposed to death repeatedly, beaten more harshly, stoned, and shipwrecked on three different occasions. He had faced danger from traveling, from rivers, from robbers, from fellow Jews, from non-Jews, from false believers, in cities, in the country, and at sea. He had gone without rest and sleep, known hunger and thirst, and had been cold and naked. He faced daily pressure and concern for all the churches, spiritually weakness and temptation to sin. He suffered all of this for the sake of Christ.

In addition, he was greatly used of God to change the world and received many visions and revelations from the Lord. He was, after all, the great Apostle Paul. He encountered the resurrected Christ, wrote more books of the Bible than anyone else, traversed over 10,000 miles throughout Asia Minor, Greece and later, to Rome, planted and established many churches, and was arguably the greatest and most inspiring missionary of all time.

Paul’s Thorn in the Flesh

We do not know exactly what Paul’s thorn in the flesh was, although many theories exist. Some believe it was a disease, an eye condition, a fleshly temptation, singleness, a speech impediment, etc. It could have been any of the number of sufferings he listed in 2 Corinthians 11. However, he refers to it as “a messenger of Satan” in 2 Corinthians 12:7.

Based on that description, one logical theory is that Paul’s “thorn in the flesh” was the issue of the “super-apostles” he referenced in chapter 12.

“They were false teachers, claiming to be apostles, who had entered the church,” according to The Bible Knowledge Commentary. “They promoted their own ideas and at the same time sought to discredit both the person and message of the apostle. Second Corinthians was written to defend the authenticity of both his apostleship and his message.”

Since these false apostles were a primary reason for Paul’s writing of the epistle of 2 Corinthians, it seems a decent guess. Plus, it would be fitting to refer to them as “messengers of Satan.” Since Paul did not explicitly tell us, wondering believers will have to ask him in eternity.

Why didn’t God remove Paul’s “thorn in the flesh”?

The Apostle Paul pleaded three times with the Lord to take away his “thorn in the flesh.” We can all relate to this. Is there anything in your life that you have prayed about repeatedly? Is there any circumstance you have petitioned God to change or relieve you of? Have you considered that God might be allowing the suffering or trial to continue intentionally? That’s how it was for Paul.

God’s answer to Paul’s pleas was “no.” Maybe, in time, God did remove Paul’s thorn, but we don’t know that. Given what we do know from the Bible, God denied Paul’s request. Instead, God answered, “My grace is sufficient for you, for my power is made perfect in weakness” (2 Corinthians 12:9).

Why did God’s say “my grace is sufficient”?

What is grace? Grace is unmerited or unearned favor, gifts, and blessings. God’s grace was not only enough for Paul, but it is also enough for us!

Paul responded to God’s answer, “Therefore I will boast all the more gladly about my weaknesses, so that Christ’s power may rest on me. That is why, for Christ’s sake, I delight in weaknesses, in insults, in hardships, in persecutions, in difficulties. For when I am weak, then I am strong” (2 Corinthians 12:9-10).

Have you ever stood on the shore of an ocean or lake and experienced the waves repeatedly lapping against the sand or earth? How often do the waves hit the shore? Depending on the strength of the wind, it could be anywhere from 4 to 15 waves per minute.

Similarly, have you ever considered how often God’s grace touches your life? The answer is constantly, or as John 1:16 says, “from his fullness we have all received, grace upon grace.”

We know that God’s grace was enough for Paul. He summed up his entire life’s purpose this way:

“I consider my life worth nothing to me; my only aim is to finish the race and complete the task the Lord Jesus has given me—the task of testifying to the good news of God’s grace” (Acts 20:24).

Whatever Paul’s thorn was, God’s power was perfect, and God’s grace was sufficient!

John Newton, the author of “Amazing Grace” knew a good deal about the grace of God. He had been an abuser of grace, a slave trader, and a cruel, hateful person. At the very end of his life, he had this to say: “My memory is nearly gone, but I remember two things:  That I am a great sinner . . . and that Christ is a great Savior!” And that is all we really need to know.

Whatever “thorn” God has allowed in your life, allow God to use it. He may not deliver you immediately, but that is only because He loves you too much to remove the circumstances that will grow you spiritually.

In the meantime, lean on His grace. Ask Him to help you to see it. If you’re focused on it, you will begin to see His grace everywhere, in the big and small details of life. James 1:17 says that, “Every good and perfect gift is from above…” Start noticing all the God-given gifts, all the signs that He loves you, and you will find that His grace truly is sufficient. Helen Lemmel’s 1922 hymn reminds us:

“Turn your eyes upon Jesus
Look full in his wonderful face
And the things of earth will grow strangely dim
In the light of his glory and grace.”

Kristi Walker has been a missionary in Berlin, Germany for over 15 years working with an international church as the Director of Student Ministries. She is the author of two books: Disappointment: A Subtle Path Away from Christ and Convinced. Applying Biblical Principles to Life’s Choices.