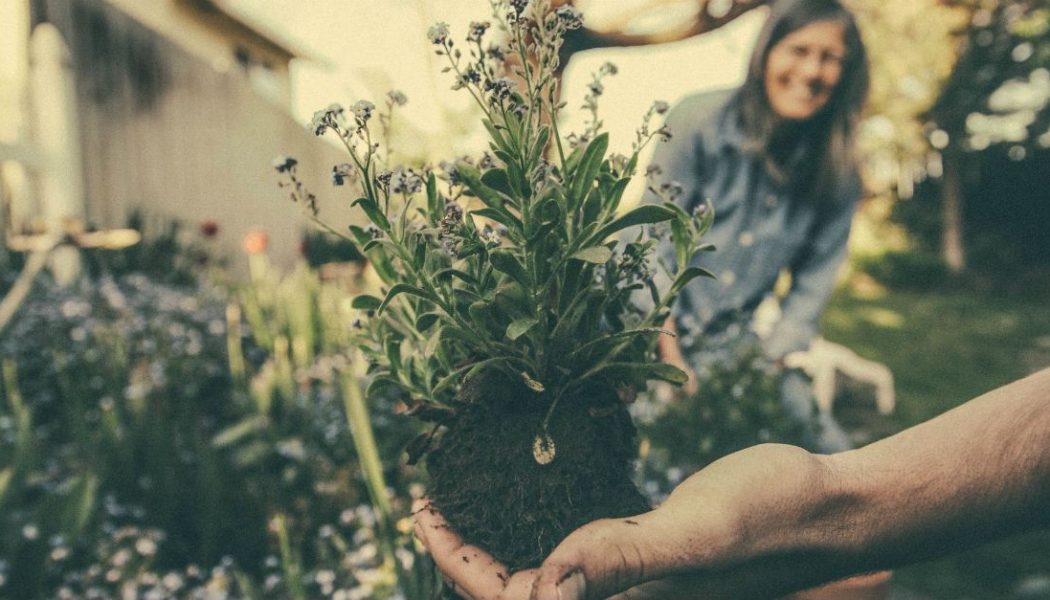 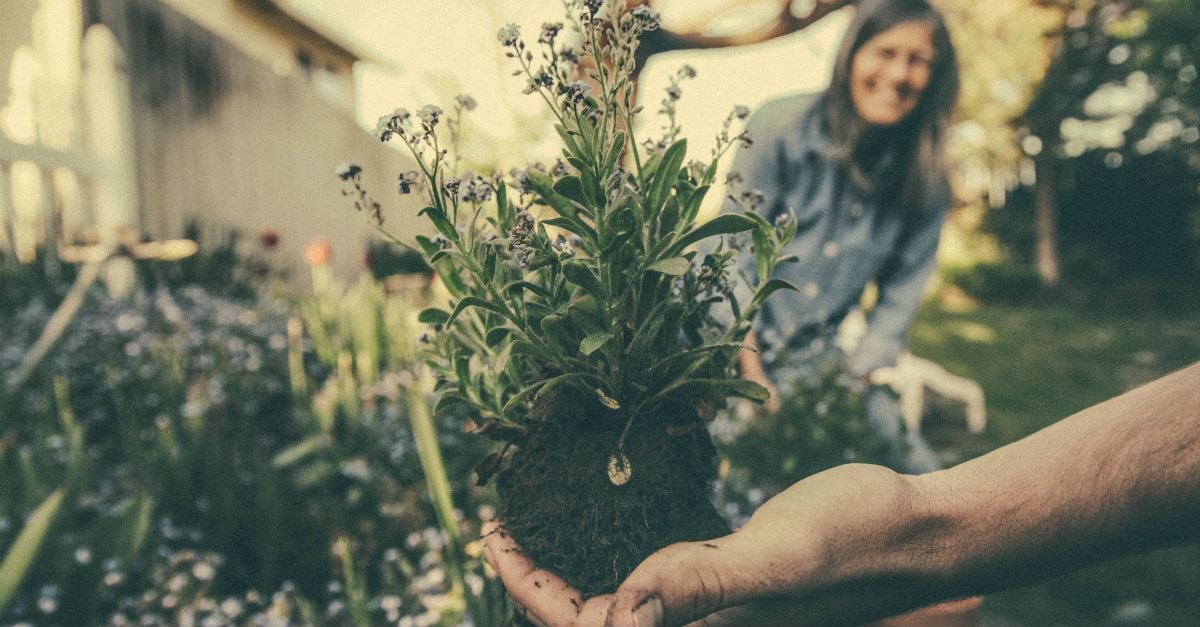 “You alone are the LORD. You made the heavens, even the highest heavens, and all their starry host, the earth and all that is on it, the seas and all that is in them. You give life to everything, and the multitudes of heaven worship you.” (Nehemiah 9:6)

God spoke the earth and heavens into existence from nothing.

Everything was made into existence and given life by God. This fact was evidenced in Deuteronomy 10:14, “To the LORD your God belong the heavens, even the highest heavens, the earth and everything in it.”

Further, Paul proclaimed in 1 Corinthians 10:26, “For the earth is the Lord’s, and the fulness thereof.”

We learn in Genesis 1:31, “God saw all that he had made, and it was very good.” God’s creation is good, and Deuteronomy 10:14 further confirms all of creation belongs to the Lord: “To the LORD your God belong the heavens, even the highest heavens, the earth and everything in it.”

The creation of the land, water, and the heavens out of nothing was miraculous, but even more spectacular is the creation of life.

In Psalms 139:13-14, the psalmist said, “For you created my inmost being; you knit me together in my mother’s womb. I praise you because I am fearfully and wonderfully made; your works are wonderful, I know that full well.”

We show respect for God by taking seriously our stewardship of all His creation. Taking care of creation was one of mankind’s first jobs (Genesis 2:15). And because God is the creator of life, we as members of humanity have a duty to care for all lives.

In sharp contrast to God’s design for mankind to care for His creation, child sacrifice was a common religious ritual in the times of the Old Testament among nations nearby Israel (Deuteronomy 12:31).

Despite the Lord’s strict law against this practice (Leviticus 18:21), we see in 2 Kings 17 that Israel adopted the forbidden practices of their neighbors, including child sacrifice. Their sin led to God allowing Israel to be plundered and taken into exile by the Assyrians.

“They sacrificed their sons and daughters in the fire. They practiced divination and sought omens and sold themselves to do evil in the eyes of the LORD, arousing his anger” (2 Kings 17:17). As a consequence, “the Lord was very angry with Israel, and removed them out of his sight: there was non left but the tribe of Judah only” (2 Kings 17:18).

Irrespective of a person’s belief of the beginning of life, destroying human life is directly contrary to God’s command to mankind to be fruitful and reproduce and care for His creation. But concerning abortion, if a fetus is left to grow without disruption, a human being will most likely (75-90% likely) be birthed.

Why Caring for Human Life Is Important:

Caring for human life is still important, even for those without concern about honoring God.

According to the National Center for Health Statistics, the birth and fertility rates in United States both hit 30-year historic lows in 2017. The ideal fertility rate, or the rate sufficient to renew the population, is 2.1, but the 2017 rate in the U.S. dropped to 1.77.

This statistic is one measure of the health of our country. Birth rates are important because a steady or growing population is necessary for productivity and the supply of goods in a healthy economy.

The preservation of the earth, its vegetation and all its inhabitants, are also humanity’s responsibility.

In Isaiah 24:5, it was written: “The earth is defiled by its people; they have disobeyed the laws, violated the statutes and broken the everlasting covenant.”

This prophecy is not specifically speaking about the enactment of environmental laws or the decline of a community’s recycling efforts. The preservation and responsible use of our environment are important to pursue. But the earth’s environmental well-being will ultimately be destroyed because of the sins of its inhabitants. Bloodshed from wars, cruelties against mankind, and sinful hypocrisy will spoil the earth.

As Matthew Henry said, “Sin has turned the earth upside down. The earth [has] become quite different to man from what it was when God first made it to be his habitation. It is, at best, like a flower, which withers in the hands of those that please themselves with it and lay it in their bosoms…Sin is a burden to the whole creation; it is a heavy burden, under which it groans now, and will sink at last.”

The ever-increasing sin of man will lead to the end of this earth. But Henry encourages against despair because “there [will] be new heavens and a new earth, in which [will] dwell nothing but righteousness.” And in this future, God’s people will “enjoy everlasting bliss.”

Why Caring for the Earth Is Important

Recent scientific evidence supports the reality of negative effects on human health from chemicals used as food additives, both those deliberately added to food during processing and those that may contaminate the food during manufacturing.

Therefore, it is reasonable to conclude the misuse and the contamination of God’s natural creation has resulted in negative health consequences for man.

We are to treasure God’s word and teachings just as we are to care for all His earthy creations.

Consider Luke 12:42, when Jesus spoke, “Who then is the faithful and wise manager, whom the master puts in charge of his servants to give them their food allowance at the proper time?”

In his commentary, John Gill wrote, “such are stewards in Christ’s family, they are entrusted with the stores and provisions of his house, and ‘faithfulness’ and ‘wisdom’ are requisite in them; the one, that they do not corrupt and adulterate the word of God, and mix it with human doctrines, but that they deliver it out pure and sincere as it is; and the other, that they might rightly divide it, and wisely distribute it:”

Neither word nor creation should be adulterated, polluted, or corrupted by the ideology of man.

The preservation of God’s creation serves as a protection for the sustenance of man.

1. Deuteronomy 22:6 says, “If you come across a bird’s nest beside the road, either in a tree or on the ground, and the mother is sitting on the young or on the eggs, do not take the mother with the young.”

This teaching was not only to preserve the egg, but also the preservation of the species of birds so that the mother will have the possibility to reproduce again.

2. Deuteronomy 20:19 similarly taught, “When you lay siege to a city for a long time, fighting against it to capture it, do not destroy its trees by putting an ax to them, because you can eat their fruit. Do not cut them down. Are the trees people, that you should besiege them?”

Using the tree’s wood for building purposes is seen here as less important than the sustenance provided for the people by the tree’s fruit.

3. Lamentations 5:4 speaks about the dangers of prematurely sacrificing access to our own readily available natural resources for financial reasons. The people complained, “We must buy the water we drink; our wood can be had only at a price.”

The costs of wasteful and neglectful behavior far outweigh the immediate benefits of convenience.

God will redeem His creation.

“Sin has been, and is, the guilty cause of all the suffering that exists in the creation of God,” according to Matthew Henry’s commentary. But “God will deliver it.”

2. In Colossians 1:20 Paul taught of future reconciliation of all things by Christ and unto Christ “whether things on earth or things in heaven, by making peace through his blood, shed on the cross.”

3. We learn in Isaiah 11:6-9 “The wolf will live with the lamb, the leopard will lie down with the goat, the calf and the lion and the yearling together; and a little child will lead them. The cow will feed with the bear, their young will lie down together, and the lion will eat straw like the ox. The infant will play near the cobra’s den, and the young child will put its hand into the viper’s nest. They will neither harm nor destroy on all my holy mountain, for the earth will be filled with the knowledge of the LORD as the waters cover the sea.”