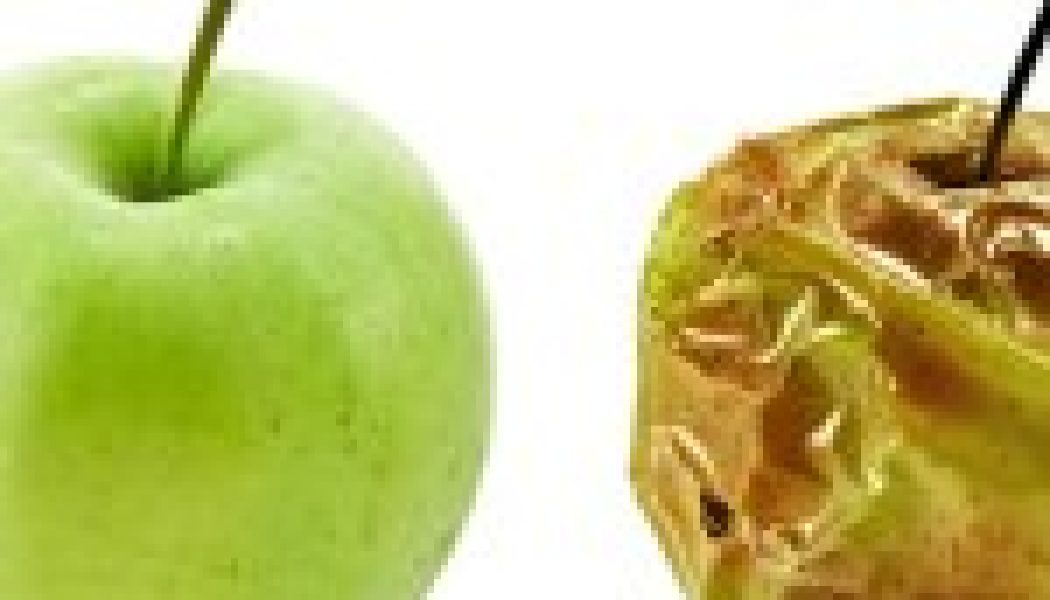 In Matthew 3:8-10, John the Baptist invites his audience to bear fruit worthy of repentance. Is he talking about good works? No, the context indicates that the good fruit does not refer to good works, but to good words that are in alignment with Scripture. This is important for properly understanding the gospel.

Therefore bear fruits worthy of repentance. … And even now the ax is laid to the root of the trees. Therefore every tree which does not bear good fruit is cut down and thrown into the fire (Matthew 3:8, 10).

Matthew 3:4-12 contains several key terms that have been widely misunderstood by many Christians.

The four terms in this passage are fruit, fire, baptism, and repentance. It is necessary to properly understand all four terms in order to properly understand the text, and if anyone of the four terms is misunderstood, this leads to a misunderstanding of the other three. Since fire, baptism, and repentance are defined at length elsewhere in my online course, The Gospel Dictionary, the meaning of these terms will only be summarized briefly here.

The term fire in this context does not refer to eternal hell, but to the temporal discipline that would come upon Israel as a result of living in ways that God did not want, intend, or desire.

The baptism of John was not Christian water baptism into the death and resurrection of Jesus (for Jesus hadn’t even begun His ministry yet), but was instead a form of Jewish ritual washing which symbolized a death to the past and a new birth to live a different way in the future.

Similarly, repentance refers to a turning away from beliefs and behaviors that were displeasing to God and a turning toward things that are in accordance with His will.

Understanding these three terms help us better understand what John means when he refers to fruit in this context. John the Baptist went out to the Jordan River to preach about the coming Messiah and invite the Jewish people to prepare the way for Him through repentance (Matt 3:1-3).

Those who sought to make such changes in their life symbolized it by getting baptized in the Jordan River. Jewish religious leaders were among those who came out to hear John preach, and when John saw them, he warned them about the fiery judgment that was about to come upon them and said that repentance was the only way to avoid such judgment.

What is interesting about John’s instructions is that the religious rulers were the must scrupulous law keepers among all the Jewish people of that day. When most people think about repentance, they think about turning away from sin, and specifically, turning away from the sins of breaking biblical laws and commands.

But the religious leaders were not guilty of such sins. They were the most devoted and disciplined law keepers in the land. So when John calls the religious leaders to repent, he is not calling them to turn back to obedience of the law, but to turn away from law keeping as a means of living in a right relationship with God and others.

John’s call to repentance was a call to turn away from a life based on the law and toward a life based on love. In the parallel passage of Luke 3:7-14, John provides several examples of what this sort of loving behavior looks like.

So when John speaks about fruit in connection to repentance, he is inviting the religious leaders to live their lives in a way that reveals this change in focus from law to love.

They are no longer to be scrupulous law-keepers, but must instead become generous love-givers.

In Matthew 3:9, immediately following his admonition to bear fruits worthy of repentance, John challenges the religious leaders to rethink some of their theology and to start teaching something different. He tells them that they should no longer say, “We have Abraham as our father.”

John challenges this line of thinking and says that if the Israelites do not start living as God wants and desires, God will bring judgment upon them and will raise up a new group of people to do His will on earth. If necessary, God could even raise up a people for Himself from the very stones at their feet.

But if the people do not repent of their beliefs and loveless observance of the law so that they might instead live as lights of love in this world, God would cut down the tree of Israel and cast it into the fire, before raising up another tree in its place (Matt 3:10). The “fire” of this verse is not a reference to hell, but of the temporal discipline that came upon the Israelite people during the destruction of Jerusalem in 70 AD.

John’s point is that the religious leaders were wrong in thinking that God could not and would not set them aside. God could, God would, and indeed, God did (temporarily, at least … I do not hold to replacement theology in which the church replaces Israel. God will fulfill all of His promises to Israel).

So John’s teaching about fruit in Matthew 3:8, 10 is in reference to the twin beliefs of the Jewish people that God was primarily concerned with their obedience to the law, and that God would never set aside Israel as His primary means of accomplishing His will in this world. John wanted the religious leaders to change these beliefs, and therefore, change what they taught. Yes, such changes would also lead to a change in behavior, but even then, such changes indicate nothing whatsoever about someone’s eternal destiny.

John challenges the Religious Leaders to Change their Teachings

The fruit of repentance in Matthew 3:8 would be seen in how the Jewish religious leaders started teaching differently about what God expected from them in this world.

God wanted them to turn away from the requirements of law-keeping, and view both themselves and the Gentiles as equally loved, accepted, and forgiven by God. Such teaching is in line with the rest of biblical revelation, and therefore, is the proper fruit that John called the religious leaders to develop.

Their fruit would be the words that come out of their mouths which reveal the beliefs they hold in their hearts.