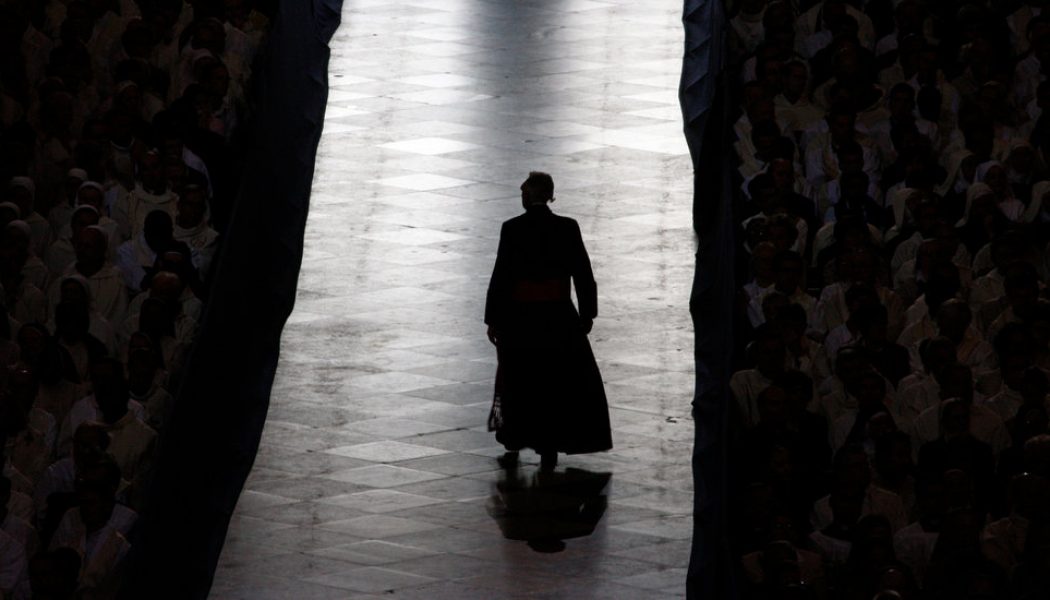 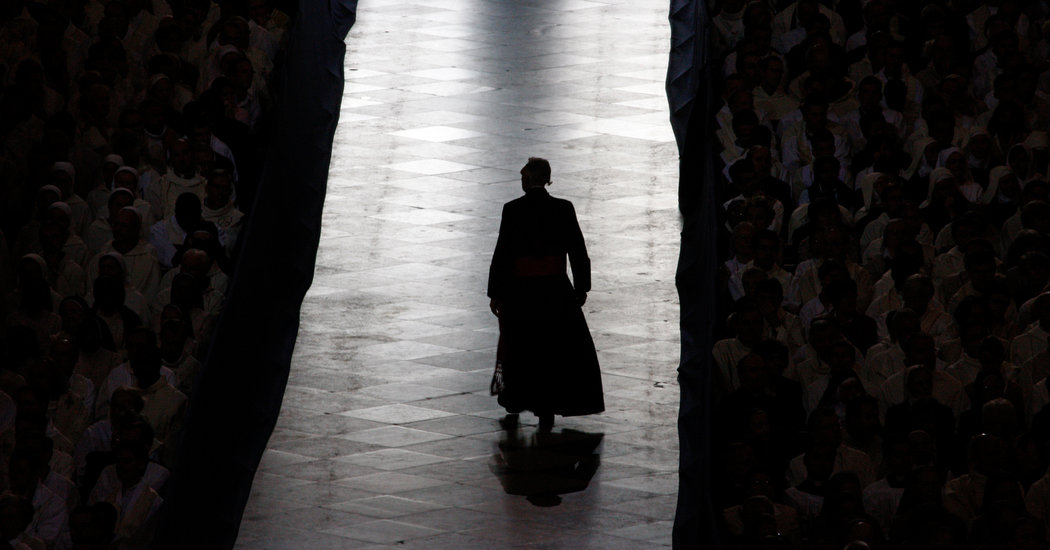 Pope Francis issued one of the most eagerly awaited documents of his papacy this month: a letter that could have laid the groundwork for eliminating the Roman Catholic Church’s requirement of priestly celibacy. But it didn’t. To the relief of conservative Catholics, and to the dismay of his progressive well-wishers, Francis let the matter drop.

Ever since Francis summoned 185 bishops to the Vatican in October for three weeks of discussion about the Amazon region, the church had been in a state of agitation — and not over burning rain forests or endangered indigenous cultures or the mercurial Brazilian president, Jair Bolsonaro. The controversy centered on whether certain married church deacons would be permitted to offer Mass in churches too remote for priests to reach regularly. While this might look to an outsider like a petty procedural question, it would have been a crack in the centuries-old edifice of celibacy.

Two-thirds of bishops at the conference approved the idea, arguing that it would help preserve the viability of the Catholic Church in remote parts of South America (where as many as 70 percent of Catholics have no priest to give them communion on Sunday). Some argued that priestly celibacy was dissuading young men from joining the priesthood.

Conservatives in the church, including a circle of intellectuals around former Pope Benedict XVI, countered that to speak of a “priest shortage” was to get the wrong end of the stick. The church is not a factory or a phone bank, with so many vacant “posts” — it is a holy calling. And the tradition of priestly celibacy, they argued, is central, not peripheral, to that vocation.

Although opponents of celibacy present it as newfangled, dating only to the Lateran councils of the 12th century, it is older than that. Sexual continence is important in Jesus’s teaching in the Gospels, and it has been urged on bishops from the outset. It is the rule, not the exception, in church history.

Attempts to require celibacy for all clergy were underway during the fourth century — around the time Constantine was making Christianity the religion of the Roman Empire and, unwittingly, provoking a crisis of morals. “While the Church was kept purified by the fires of persecution,” explained the 19th-century religious historian Henry Charles Lea, “it offered few attractions for the worldly and ambitious.” But as prospects of wealth and power opened up, the church would have to protect itself from “a new class of men, dangerous alike from their talents or their vices.” Celibacy was one way of “preventing such wolves from seeking a place among the sheep.” It also prevented priestly dynasties.

Celibacy works in different ways in different times. For the past few centuries, it helped make the church a haven for young people whose sexuality did not match the ideas of the society at large. Professor Lea’s history, written a century ago, is filled with stories of “flagellants.” Frédéric Martel, in last year’s anecdotal investigation “In the Closet of the Vatican,” asserted that a large percentage of the Vatican’s top clerics — who would have entered the priesthood around the 1960s — are homosexual. As long as society was repressive, impulses of sexual nonconformity almost never became visible.

But when society turned liberationist, as it did in the 1960s and ’70s, hidden sexualities emerged. The church had become a nest of difficult-to-socialize libidos, and a vast number of priestly molestation cases followed, peaking between 1970 and 1980. The rocky transition into sexual modernity has done lasting damage to the church’s reputation, especially when it comes to its teachings concerning sexuality.

Since 1970, Catholics have remained a remarkably consistent 17 percent or 18 percent of the world’s growing population, their numbers roughly doubling (from 650 million to 1.3 billion). The problem has come with priests. They remain stuck at their level of decades ago, around 415,000, although some regions have seen steep declines. (In 1985 the United States had 57,000 priests, according to the Center for Applied Research in the Apostolate at Georgetown University; by 2015 that number had fallen by a third.)

This combination of sex scandals and priestly shortfalls confronts traditionalists with the challenge of defending celibacy’s relevance anew. In “From the Depths of Our Hearts,” to be published next month, former Pope Benedict XVI and Cardinal Robert Sarah of Guinea each give an explanation grounded in theology, not sociology.

Benedict considers celibacy a main link binding the new (Catholic) covenant to the old (Jewish) one. It is an outgrowth of Old Testament ideas of priestly abstinence during sacrifices, extended to reflect the daily responsibilities of a Christian priest. He notes that the Eucharistic prayer draws on Deuteronomy for its language of what it means to “stand before God and serve him.” The Christian priest’s renunciation of his share in God’s physical creation has a parallel in God’s promise to Israel — all Israel’s tribes had right to land except the priestly tribe of Levi. Levites therefore had to live “by God and for God,” just as the unwed priest does.

Neither Benedict nor Cardinal Sarah is naïve or prudish. Celibacy is not asexuality. It is sexuality regulated in a special way. Its logic rests on an elaborate analogy between holy orders and holy matrimony. The church is the bride of Christ. Just as a married man must give the whole of himself to his wife, a celibate priest must give the whole of himself to the church.

Still, the non-Catholic reader who does not follow Cardinal Sarah and Benedict’s reasoning closely and patiently is likely to find it weird. Cardinal Sarah writes, “Every time a priest repeats ‘this is my Body,’ he offers his body, as a man” — “son corps sexué,” in the French original — “in continuity with the sacrifice on the Cross.” This is the sense in which celibacy is a “gift to the church,” a formula of the reformist Pope Paul VI that many priests, including Pope Francis himself, are fond of repeating. Note well, though — it is a gift to the church, not to the individual priest’s character-building or his emotional needs.

This complicates the worldly problem that roiled Pope Francis’s recent Amazon deliberations. Whatever its theological justification, is celibacy shutting out otherwise eligible young men who would make good priests? That is the view of Erwin Kräutler, the Austrian-Brazilian bishop who for 35 years headed the Amazonian prelature of Xingu. He claims the natives there do not even understand celibacy and pity those who practice it. “When I go to an indigenous village,” Bishop Kräutler said in October, “the first thing they ask is: ‘Where is your wife?’”

Others, however, including Cardinal Sarah, believe this is an “error in perspective.” Cardinal Sarah is an important bridge figure. He is conservative and he has been a priest for 50 years. But missionaries brought his Guinean parents into the church, and he grew up among non-Christians. “The younger a Church is, the more she needs an encounter with the radical character of the Gospel,” he explains, insisting that if his village had been evangelized by a married man, he would not today be a priest. “The radical character of the missionaries’ life is what attracted me.”

That is why the battle between traditionalists and modernizers has come to a head over this seemingly marginal issue — and perhaps why Benedict, at 92, has chosen it as an occasion to come out of “retirement.” Although the present pope has not taken an unequivocal stand, his defenders seem to be lining up on the side of liberalization. The church historian Hubert Wolf warned in The Washington Post last summer that without reform of the celibacy rules, the church “will be at its end.”

It is one of those conflicts in which the tiniest procedural adjustment threatens a cascade of consequences and each party fears extinction should the other prevail. Of course, we live in a time when a good number of conflicts are like that.

Christopher Caldwell, a contributing editor at The Claremont Review of Books, is the author, most recently, of “The Age of Entitlement: America Since the Sixties.”

The Times is committed to publishing a diversity of letters to the editor. We’d like to hear what you think about this or any of our articles. Here are some tips. And here’s our email: letters@nytimes.com.