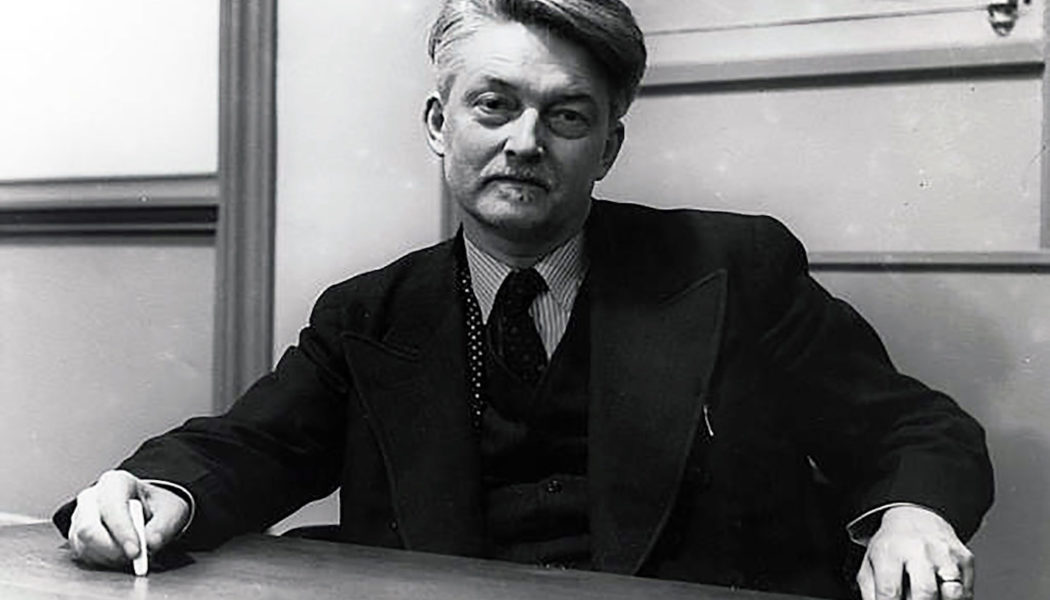 This essay is part of Public Discourse’s Who’s Who series, which introduces and critically engages with important thinkers who are often referenced in political and cultural debates, but whose ideas might not be widely known or understood. The series previously considered the life and work of Antonio Gramsci.

On the sixth of the month, far-right agitators assaulted the national legislature, leaving several dead and many more wounded. The next month, amid a public debate so fractious as to elicit warnings of civil war, a group of Catholic philosophers signed a manifesto pleading for the common good and saying no to anti-democratic forces.

But this scene, while perhaps familiar, did not take place in America. On February 6, 1934, a faction of the political right rioted in France’s Chamber of Deputies. France was polarized then by monarchists, with whom many traditional Catholics allied, and by republicans, who wished and expected that religion would disappear, and by communists. Among the alarmed Catholic signers, who included noted intellectuals Etienne Gilson, Gabriel Marcel, Emmanuel Mounier, and Yves Simon, the most famous was Jacques Maritain, who by then advocated a democratic republic animated by Christianity, a model he came to find and love in the United States.

However, as Catholic writer James Matthew Wilson observes, Christians now “generally sense that such a spirit of reconciliation as Maritain represented has failed.” Today, critics of Maritain argue that his political vision of Christian liberalism, a democratic society that is both pluralist and inspired by Christianity, is no longer viable in America. For these critics, Maritain’s ideas could thrive in a bygone world of Billy Graham crusades, Archbishop Fulton Sheen’s television shows, and Christian Democratic politicians who studied Catholic thought, but they could not prevent and might even have encouraged the decline of Christian belief and the rise of un-Christian politics in the West. Maritain’s vision is the subject of intense criticism from integralists, who advocate reviving a confessional state that recognizes the Church as a superior authority and acts as its agent.

From where did Maritain’s contested political ideas originate? Born in Paris in 1882, Maritain married his close companion, Raïssa Oumansov, in 1904. The two young students had made a pact to commit suicide if they did not find the meaning of life, and, thanks to their encounters with Catholic intellectuals, found their answer in the Catholic Church, which they joined in 1906. In 1910, the young philosopher Maritain became enrapt by St. Thomas Aquinas’s Summa Theologica and joined the Thomist revival that Pope Leo XIII had called for in his letter of 1879, Aeterni Patris. Beginning in 1919, he and Raïssa would host “Thomist Circles” that convened Paris’s remarkable ranks of Catholic intellectuals.

Politically, Maritain associated himself with Action Française, a movement led by the political activist Charles Maurras, a monarchist who, though he was an atheist, favored the reestablishment of the Catholic Church. After Pope Pius XI condemned Action Française in 1926, Maritain accepted and defended the pope’s decision in his 1927 book, Primauté du Spirituel. Here, revising his thinking, he first set forth his notion of a democratic political order that did not enshrine the Church but whose politics would be animated by zealous Christians—what later he would call the new Christendom. Maritain continued working on political philosophy up through his 1949 Walgreen Lectures at the University of Chicago, published as Man and the State in 1951.

Maritain’s great accomplishment was to retrieve Aquinas’s thought in service of articulating the foundations for principles of political justice in a century of unprecedented war and injustice. Besides his new Christendom, these principles included personalism, a doctrine that stressed the dignity of the human person, which totalitarian ideologies of the left and the right had smothered; human rights; the idolatry of state sovereignty; a world federalism that devolved authority to both international and local organizations; and a personalist economics. He was widely read and sought out by politicians and prominent intellectuals in Europe, Latin America, and the United States, as well as by officials in the U.N. and the Holy See, including Pope Paul VI.

Maritain articulates the new Christendom, his blueprint for modern political orders, in one of his most enduringly read books about politics, Integral Humanism, of 1936. The Middle Ages are gone, he declares, and so, too, is that era’s “historical sky,” the civilizational configuration in which politics is mainly a means to the spiritual good of people and society. Today, the “concrete historical ideal” is a temporal order construed as an “intermediate end,” worthy of pursuit in its own right and autonomous in its characteristic ends: providing for the common defense, building roads, educating citizens, and so on. The modern state does not declare itself to be Christian, accords equal citizenship to non-Christians, protects the freedom of the Church and of non-Christians to practice their faith, and protects every citizen’s freedom of expression, ownership, and participation in politics.

But Maritain’s modern political order was not at all denuded of Christianity. Its virtue and vitality would depend on the “vocational leadership” of Christian “heroes” who, infused by grace and impelled by love for the world, would aim to transform temporal realities in a manner taught by the Gospel—and in so doing, pursue their ultimate spiritual end. Maritain’s new Christendom would be a “vitally Christian lay body politic.”

What Maritain articulated in Integral Humanism and subsequent writings is what may be called Christian liberalism. Liberalism is classically defined as a political doctrine that espouses individual rights and liberties and is closely tied to equal citizenship, the rule of law, and the independence of spiritual and temporal authority. Christian liberalism endorses these principles from a standpoint of orthodox Christianity—for Catholics, the dogmatic teaching of faith and morals. It involves what Pope Benedict XVI called “positive secularism,” where religious and temporal authority remain independent in order to promote robust religious participation in society and politics.

Christian liberalism is distinguishable from liberal Christianity, which rejects orthodox teachings. It is also distinct from all forms of liberalism that root rights and liberties in doctrines that deny God and elevate the self-definition of morality and religion. And it is different from negative secularism, which looks on religion as a regressive force and seeks its marginalization from public life—a viewpoint Maritain encountered firsthand in France’s Third Republic. Maritain repudiated all these doctrines as forms of a “radical vice” that he termed anthropocentric humanism and whose roots he located in a line of thinkers running from Machiavelli through to Descartes, Luther, Rousseau, and Kant.

In the eyes of Maritain’s current critics, these radical vices have triumphed in the West, and the new Christendom has failed. “The right to define one’s own concept of existence,” the rationale with which the U.S. Supreme Court justified abortion, undergirds this right along with the state’s endorsement and enforcement of the sexual revolution, the erosion of social ties, and alarming rates of exit from churches, especially among the young.

Joining this criticism of Maritain’s political ideas are diverse contemporary academic perspectives. For political theologian William Cavanaugh, Maritain marginalizes the church by according it a purely spiritual role that yields to a militaristic modern state hungry to consume the loyalties of its citizens. For British theologian and founder of the radical orthodoxy movement John Milbank, Maritain’s notion of human rights entails a possessive individualism inimical to classic Christian natural law. For historian Samuel Moyn, Maritain’s personalism and his advocacy of human rights was contingent on the conservative Christianity of the 1940s.

Though Maritain’s current supporters maintain that he still offers wisdom for our own politics, they agree with much of his critics’ diagnosis of today’s West. Wilson holds that “the church is in disarray” and “the secularization of morality and politics [has] continued apace,” while New York Times columnist Ross Douthat believes that Maritain’s “optimism was timebound and ill-fated.” Maritain probably would agree.

The Decline of Christian Politics

This case is difficult to sustain. The decline of Christianity and of Christian politics has manifold causes, among these the cultural power of the liberalism of self-definition, economic affluence, the morally corrosive effects of technology, and churches’ own poor catechesis, conformity to (negative) secularism, and sex-abuse scandals. On what grounds can one demonstrate the distinctive crippling effect of religious freedom and the independence of church and state?

A comparison among countries casts doubt on this effect. While, as political scientist Jonathan Fox shows, all of the world’s developed democracies are more “integrated” than the United States—supporting religion through measures such as established religion, tax-supported churches, and public religious holidays—in most of these democracies, pews are emptier, and emptied out far earlier, than in the United States. The country that Maritain thought most approximated his political ideal, then, hosts one of the most religious populations among democracies, despite its recent decline.

Religious freedom and equal citizenship also pose substantial moral barriers to abandoning Maritain’s positive secularism for a confessional state. It is telling that Thomas Pink, one of the leading theorists of integralism, interprets Dignitatis Humanae to permit the coercion of baptized Christian heretics. The declaration’s axial principle, though, is no coercion of anyone’s religious faith at all.

A different response to (negative) secularism, doubtless Maritain’s, would be a revival of Christian faith and politics. Critics will deem this proposal naïve and utopian. But is a confessional state any less utopian? The charge of utopianism, moreover, makes revivalists out to be Pelagians, reliant on human effort alone. Maritain’s heroes are rather the work of the Holy Spirit. Let us recall, too, that the history of Christianity does not move in a single direction in the deterministic manner that Kant, Hegel, or Marx envisioned, but is rather, in societies as in human lives, one of decline and renewal, sin and grace. Christian hope cannot accept the decline of faith as inevitable.

Even today, Christians practice politics under the aegis of a positively secular state, welcoming immigrants, working to end the death penalty, rejuvenating the inner city, and, most extensively, defending the unborn. At the time of this writing, the Supreme Court has drafted the overturning of Roe v. Wade, an opinion that is not yet official and will not end abortion or contentious abortion politics, but promises a victory that Christians have pursued for five decades. Add several hundred state laws that restrict abortion, three thousand pregnancy resource centers, and hundreds of thousands of marchers for life and you have the world’s largest social justice movement. While we must pray for the revival of Maritain’s new Christendom, we may observe that it is not dead yet.