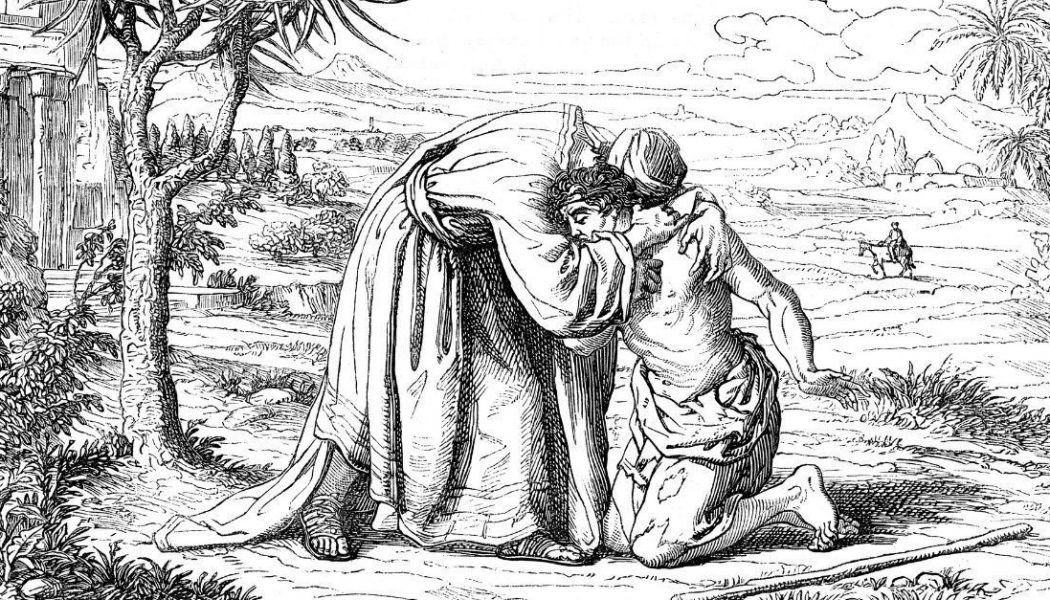 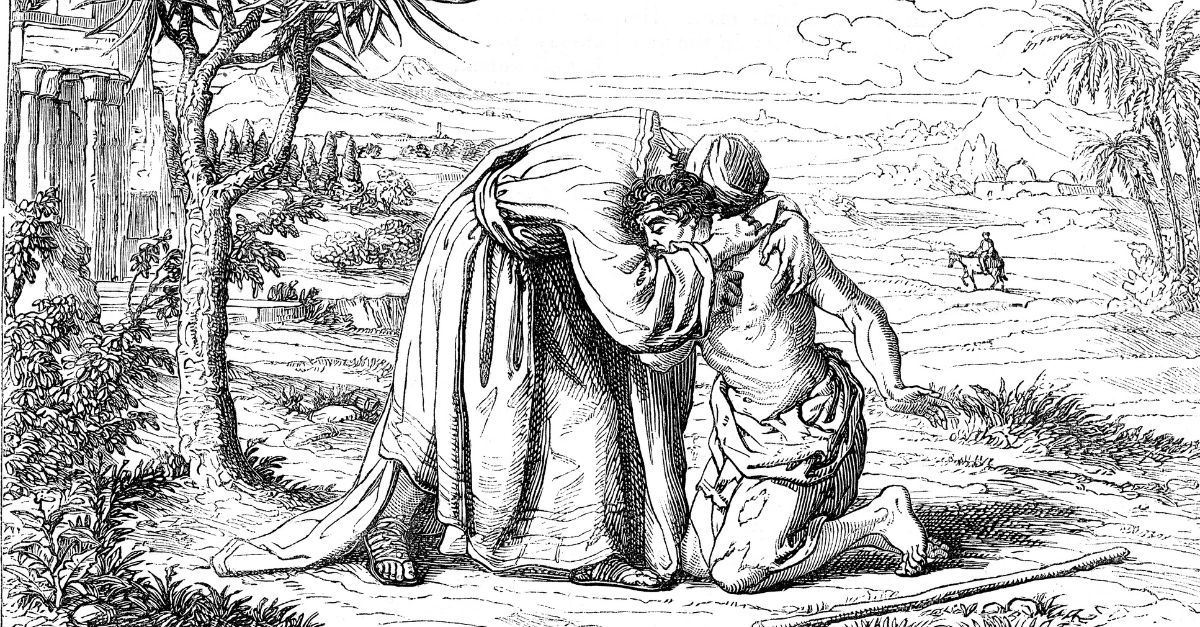 The parable of the Prodigal Son, or Lost Son, is found in the New Testament of the Bible in Luke 15:11-32. It is the third of three parables in that chapter directed at a mixed audience of tax collectors, sinners, Pharisees (religious leaders), and teachers of the law. All three parables are on the topic of lost things being found: a lost sheep, a lost coin, and a lost son. Likewise, all three parables point to the heavenly joy over every sinner who repents from sin and turns to Jesus.

Jesus had his specific audience, a mixture of “sinners” and “righteous,” in mind when he told these three stories. Jesus was prompted to tell these parables because the Pharisees and teachers of the law were accusing him of welcoming sinners and eating with them (verse 2).

Clearly, the Pharisees and teachers of the law viewed themselves as righteous and the other half of the audience as sinners. Jesus told the stories of the lost sheep, coin, and son to clear up the matter of who is truly “lost.”

So, who was the prodigal son? What’s his story?

Parable of the Prodigal Son

The parable begins by introducing three characters: a father and his two sons. To summarize the tale, the youngest of the two sons demands his share of his father’s estate which the father gives him.

Shortly after being given his inheritance, he runs off and squanders the wealth “in wild living” (v. 13). Finding himself destitute and in the midst of a sever famine in the land, he hires himself out to a pig farmer. Seeing firsthand that the pigs were eating better than him, he decides to return to his father and beg to be allowed to serve as a hired servant on the estate.

“So he got up and went to his father. But while he was still a long way off, his father saw him and was filled with compassion for him; he ran to his son, threw his arms around him and kissed him.

“The son said to him, ‘Father, I have sinned against heaven and against you. I am no longer worthy to be called your son.’

“But the father said to his servants, ‘Quick! Bring the best robe and put it on him. Put a ring on his finger and sandals on his feet. Bring the fattened calf and kill it. Let’s have a feast and celebrate. For this son of mine was dead and is alive again; he was lost and is found.’”

Meanwhile though, the older son had been faithfully working in the fields for his father. Seeing his father celebrating the return of his rebellious brother, he felt angry and refused to join the celebration. His father pleaded with his older son to try to understand his joy over the return of what he had lost. It was like his youngest son had been dead and was alive again. He had been lost and now was found! The story concludes with the father pleading with the oldest son.

Meaning of the Prodigal Son

Many have concluded that this parable is primarily about the oldest son, rather than the prodigal.

Despite the diverse audience, Jesus was speaking directly to the religious leaders and teachers of the law. He was aiming straight into the darkness of their hearts, pleading with them to lay aside their trust in their own righteousness and works.

“For it is by grace you have been saved, through faith—and this is not from yourselves, it is the gift of God— not by works, so that no one can boast” (Ephesians 2:8-9).

The religious leaders of Jesus’ day were trusting in a works-based religion, rather than experiencing salvation by God’s grace through their faith. Like the older brother in the parable, they viewed themselves as worthy “sons.”

Unless we see ourselves as unworthy, we cannot possibly fall upon the grace of God. Unless we realize that we are spiritually destitute, we will never be saved. It is only the needy who reach out for help or saving.

“Blessed are the poor in spirit,for theirs is the kingdom of heaven” (Matthew 5:3).

We are the prodigal son.

The prodigal son, or lost son, was an abuser of grace. Grace is most often defined as unmerited or unearned favor. He had a loving father, a good home, provision, a future, and an inheritance, but he traded it all in for temporal pleasures. We are the prodigal son.

We think we know better. We squander the grace of God and trade it in for worthless treasure. And yet, at the point that we realize that we are unworthy, living like pigs, sinners, rebels, in need, destitute, hungry, dirty, and empty, so much so that it compels us to run back into the arms of Grace, we will be saved. For it is by grace that we are saved, and all the sinners and tax collectors and prodigals say, “Amen!”

“There is rejoicing in the presence of the angels of God over one sinner who repents” (Luke 15:10).