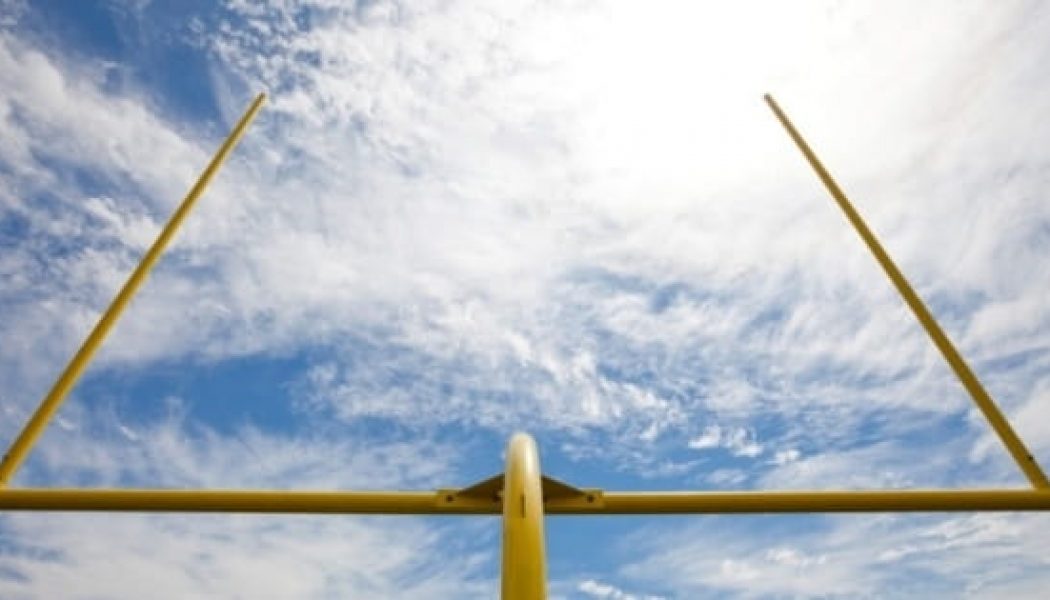 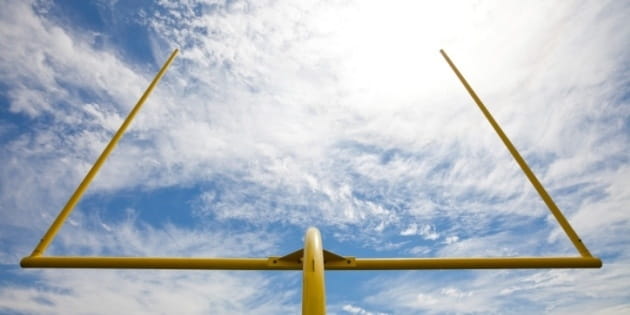 Whose side is God on for Superbowl XLIX? The San Francisco 49ers, of course. At least that’s the team I had hoped would win this year, and yet they ended up lightyears from it. But should my team’s disappointing season make me question God’s power and His goodness to me, or change the way that I worship Him? Absolutely not, and neither should the outcome of the Superbowl for you Patriots and Seahawks fans.

Religion and sports have historically made an awkward and oftentimes hazardous pair. Thankfully, we’ve come a long way since the Roman Colosseum and Mayan ball courts of Chichén Itzá, where they sacrificed the losers to appease the deities. Nonetheless, many today still blend matters of faith with sports in unhealthy ways. For example, a poll during the 2011–12 season asked, “Does God help Tim Tebow win football games?”  The poll reported that 43% of Americans answered yes, even though Tebow didn’t perceive himself this way.

Last week, some celebrity Seahawks fans vowed on Twitter that if their team won the NFC Championship, they’d go to church. Low and behold, the Seahawks pulled off a surprising and thrilling comeback against the Green Bay Packers, and religious leaders and journalists alike highlighted how it inspired fans to attend church. I’m thrilled that anyone would decide to step into a church for whatever reason—my motivations to attend a Bible study in High School were certainly suspect, but God still used it to draw me to Him. Nonetheless, the mentality that “if God does X then I will do Y”is harmful both to faith and sports.

1) Faith has an important role in sports. It should drive a player’s ethics on and off the field and provide opportunities under pressure to display Christian charity, self-control, discipline, and kindness. Just like any other activity or career, Christian athletes should give glory to God for successes and losses.

2) An unhealthy mixture of religion and sports harms vital faith. The relationship between faith and sports goes too far when it crosses over into manipulating the character of God to serve your team’s success. The mentality that “if God does X then I will do Y” when applied to sports works like this: “If God helps my team win, I will…attend church, believe He is good to me, trust Him more, be more happy and grateful (fill in the blank). ”This logic is damaging to faith because it’s inherently pagan. It puts conditions on God and reduces His power and goodness to idolatrous urges. It also rests faith on very tenuous grounds. The thousands who believed that God made Tim Tebow successful in 2011 may now wonder what happened. Does God no longer love Tebow (or the Tebow fans)? Did Denver do something to make him angry? Is evil triumphing because Tebow lost? And what about the Packers fans—does God love them less because he allowed the Seahawks to triumph? No. The Scriptures call us to a more robust and firm faith that produces trust and obedience in God no matter what happens in the world.

3) An unhealthy mixture of religion and sports pollutes the fun of sports. It’s much easier to enjoy sports without the stress of wondering if God is on your team. Knowing that the all-powerful Creator is in control of all things for his righteous purposes liberates us to enjoy the game better: “I am God, and there is none like me, declaring the end from the beginning and from ancient times things not yet done, saying, ‘My counsel shall stand, and I will accomplish all my purpose’”(Isaiah 46:9-10). Thus, we know that God has control over the outcome of the Superbowl. But we don’t know what God knows and we can’t always understand his purposes in what happens. Our responsibility is to obey and trust Him according to His Word. Our role is not to base our theology—how we understand God’s character and our faith and obedience to Him—around our fickle interpretations of sports games (or other world events).

So enjoy the Superbowl knowing that God is always powerful and good. His love for you is not determined by whether your team wins or loses. He proved His love by sending his only Son to take the penalty of sinners, so that those who rest faith in Him can have eternal life participating in His rich love and grace. Win or lose, this act of mercy alone should send us all to church next Sunday to discover more about His love and praise His grace.

Ryan Hoselton is a doctoral student in church history at Universität Heidelberg in Germany, where he lives with his wife and daughter. You can follow Ryan on Twitter @ryanhoselton