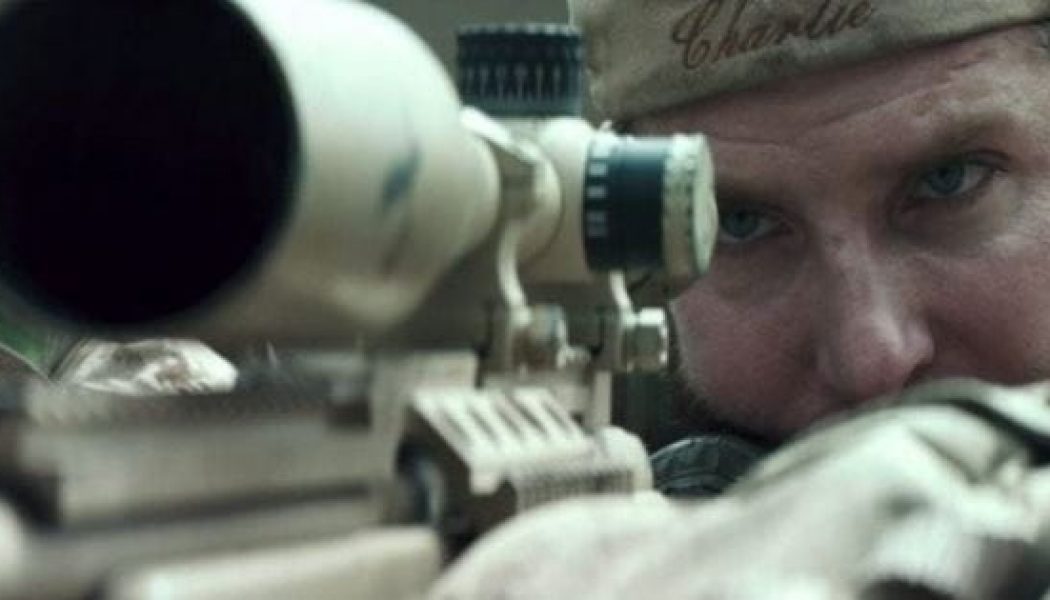 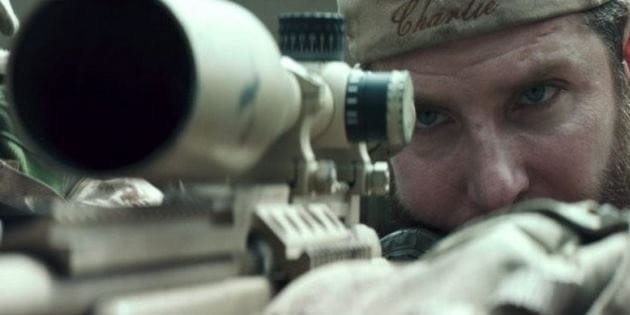 Few films have stormed the box office – and surprised the pundits in the process of doing so – more than Clint Eastwood’s “American Sniper.” The movie is based on the autobiography of Chris Kyle, a Navy Seal who did four tours in Iraq. He is credited for being the most lethal sniper in American history with 255 kills, of which 160 were documented (witnessed).

At the time of this writing, it has topped the box office for two straight weekends, bringing in $247 million worldwide. This is the largest opening for any movie in January on record, with the largest second-weekend take that wasn’t a comic book or sequel in movie history. It is already the second-highest grossing war film in North American history.

If you’ve seen it, you know it’s not an easy movie to watch. The violence is, well, war-like. Veterans of Iraq say it’s the most realistic they’ve seen. It deserves it’s “R” rating for violence.

Perhaps that’s what has us talking. And in case you haven’t picked up on it, we are talking about this movie.

Some say it glorifies war.

Others say it simply reveals the disconnect between military and civilians.

Some say the main character is disturbed as evidenced by both his methodical killing of “savages” (his words).

Others say he was trained for just that type of mentality, and his post-traumatic stress syndrome is a reality for many who have been through war.

And yes, the divide seems to be a bit between liberals and conservatives, if not Democrats and Republicans. (Eastwood was supposedly snubbed for a directorial Oscar nomination, despite the film being nominated for best picture, due to his speech at the last Republican convention).

But why this movie, instead of earlier entries into modern war, such as “The Hurt Locker” or “Lone Survivor?”  Why has this “American” sniper become such a “cultural” one?

Personally, I think the reason we’re talking about it so much is because it’s tapped into something that conflicts us culturally. It has become fashionable of late, to celebrate the men and women of our armed forces. The terrible treatment of veterans from Vietnam left behind national guilt, and we seem intent on not repeating that mistake.

Yet many remain firmly against war of almost any kind, and certainly the more recent ones flowing from 9/11. We support men and women in our military, yet deplore virtually every act of violence associated with war itself. This is the tension “American Sniper” has brought to the surface: the men and women in military we are unified in supporting are precisely the ones executing the brutality of war so many wish to repudiate.

So what kind of constructive cultural conversation might we be served by having?

First, let’s make sure we do not misunderstand war and violence. Namely, that they are one and the same. It is nonsensical to separate the two. War is brutal, violent, bloody, messy…there is collateral damage, death to civilians, and yes, snipers. This is nothing new in the history of warfare.

But that brings up a second conversation point: can it ever be just? Can we actually support the military beyond standing ovations stateside to the point of supporting them on a roof taking aim at an adversary?

It depends on whether a war can ever be “just.”

In essence, the idea of a “just” war takes the great commandment of Jesus in relation to peace, which is to love your neighbor as yourself, and applies it to the responsibilities of government. While owning the fact that Jesus taught that it would be wrong for an individual Christian to defend himself or herself against attack, based on such passages as Matthew 5 (in other words, there is no private right to kill), it is the duty – and responsibility – of Christians who have public responsibility (a magistrate, a soldier, a police officer, a king or president) to use discriminate and proportionate force to defend and protect their fellow human beings.

In other words, we are not to take the law into our own hands, but that does not mean that the law cannot be taken up. Indeed, law must be established. To love our neighbor personally, and to love our neighbor corporately, sometimes can involve the use of force, police action, courts, punishments, prisons, and even war.

There are great heroes of the Bible who were warriors, who had been commanded to go to war, by God; people such as Joshua, David, Samson, Deborah and Gideon. Going further, when you study the life of Jesus, you notice that he never called a soldier who came to him in faith out of his military duties. Never once did Jesus say to a Roman Centurion, “Leave the Army!” And in His own life, He was known to use force, such as when clearing the temple.

As a result, the idea of a just war has been with Christian thinking from the beginning, but with very specific conditions:

*There must be an urgent and imminent threat;

*It must be ordered by one who is in authority to do so;

*It must be for a just cause;

*It must have the right intention – it should not be based on revenge, but as an act of neighbor love and protection, with peace as its goal;

*It should be the last resort – peace and resolution should have been attempted;

*The force used must be proportionate to the desired ends – meaning that the evils caused by the war are less than the evils to be righted;

*It must seek to minimize non-combatant (civilian) casualties;

*It must have a reasonable chance of success.

When this is carried out by those in civic authority, it can be considered just and should be supported. Even if preemptive – meaning striking first. If the threat is urgent and imminent, then striking first to prevent that threat is considered an act of neighborly love. To fail to engage in a just war, to fail to use force to aid our neighbor when force is the best way to render that aid, is to refuse the love of God to another person and thus a failure to love your neighbor as yourself.

For example, in the Old Testament, God told Joshua to go to war against the Midianites because they were being oppressive, and committing all kinds of atrocities, including throwing young children into huge, burning fires. In Numbers 32, God reveals His anger, and not just at the Midianites. He is also angry that two of the tribes of Israel wouldn’t go to war against them to prevent such atrocities.

So the question is not whether war can ever be justified – it can; or whether war can ever be just – it can. At least that is where Christians have landed for 2,000 years, with very few exceptions. The real question is whether you think a particular act meets the threshold of a just war. For example, the attacks on September 11th and preventing future attacks of that kind.

While the death of any human being is not to be celebrated in and of itself, we can celebrate the end of evil. And we can credit “American Sniper” for getting us to think about such things. You can take the life of Chris Kyle and find much to critique, but in terms of his role as a soldier, fellow soldiers would say he simply did his job. If you condemn him for that, you condemn all soldiers for doing their jobs. And if you do that, you condemn all aspects of just war.

But before you do, tell it to the survivors who remember a moment in history universally celebrated this week – the 70th anniversary of the liberation of Auschwitz. Before Allied troops fighting their way through Hitler’s army liberated the largest mass murder site in human history, 1.1 million had been killed.

But it was war that kept that number from climbing even higher.

Tragic, sad, and sobering…but yes, it can be said:

James Emery White is the founding and senior pastor of Mecklenburg Community Church in Charlotte, NC, and the ranked adjunctive professor of theology and culture at Gordon-Conwell Theological Seminary, which he also served as their fourth president. His latest book, The Rise of the Nones: Understanding and Reaching the Religiously Unaffiliated, is now available on Amazon. To enjoy a free subscription to the Church and Culture blog, visit www.churchandculture.org, where you can view past blogs in our archive and read the latest church and culture news from around the world. You can also find out more information about the upcoming 2015 Church and Culture Conference. Follow Dr. White on twitter @JamesEmeryWhite.