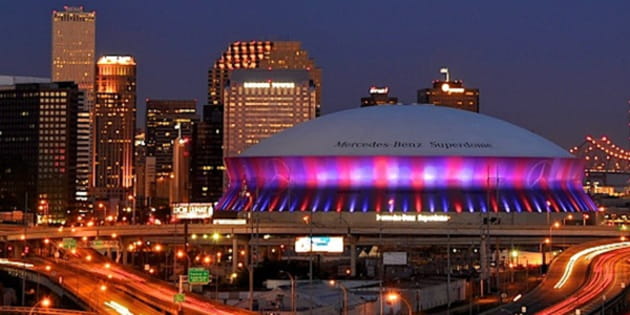 The Super Bowl is the largest sports event and the most-watched program on U.S. TV every year. Not exactly news, I know, but what might shock you is that other large sporting events like the Olympics and the World Cup are increasingly becoming magnets for sex trafficking and child prostitution. The 2010 Super Bowl saw an estimated 10,000 sex workers brought in to Miami, while the 2011 event resulted in 133 prostitution-related arrests in Dallas.

In the past, attempted crackdowns by law enforcement have misfired by treating prostitutes as criminals to be locked up rather than victims to be rescued, but awareness efforts have been working, and government agencies have begun to pay more attention to the problem. As Indiana Attorney General Greg Zoeller explained, “There are enormous economic benefits of hosting large sporting events such as the Super Bowl, but the disturbing reality is that such gatherings in other states have drawn criminal rings that traffic young women and children into the commercial sex trade.”

The Demand for Exploitation
What is driving this horrible exploitation? And why are such seemingly innocuous gatherings as sports events attracting the abuse of women and girls? The key is that demand increases as men flood into a city for a weekend of fun. Without an eager market willing to pay to enjoy the exploitation of women, sex trafficking and child prostitution would have no reason to exist. Yes, organized crime takes advantage of the disadvantaged and the vulnerable. And yes, our hyper-sexualized culture makes it seem normal and acceptable for sex to be treated as a commodity to be bought and sold. Porn fuels the sex trade by teaching its consumers that women exist for the pleasure of men and that their purpose is to be degraded and dehumanized for men’s excitement.

But below the surface, these problems are all symptoms of a patriarchal world system that preys on women and children, keeping them subservient to and fearful of men so that they can be controlled and used. As human trafficking researcher Andrea Bertone writes, “The patriarchal world system hungers for and sustains the international subculture of docile women.” This oppressive system reveals and perpetuates itself in innumerable expressions of violence against women and children around the world every day.

The Patriarchal World System Promotes Oppression
Acknowledging a patriarchal world system is not to imply that all men are abusive toward women, or that all violence against women is carried out only by men. That is because patriarchy not just something some individuals do. It is a set of expectations and relationships, a social system. A society can be oppressive without most of the people in it actively being oppressive, but simply following the rules and expectations of the society. Allan Johnson explains, “If a society is oppressive, then people who grow up and live in it will tend to accept, identify with, and participate in it as ‘normal’ and unremarkable life. . . . When oppression is woven into the fabric of everyday life, we don’t need to go out of our way to be overtly oppressive in order for an oppressive system to produce oppressive consequences. As the saying goes, what evil requires is simply that ordinary people do nothing.” In this system, the same world that is quite satisfying to some of us is utterly devastating to many others, especially vulnerable women and children trapped in sexual slavery in the United States and around the world.

The Kingdom of God Offers Freedom
As Christians, our hope is in more than just awareness and government initiatives. What we look forward to is the opposite of the patriarchal world system: the kingdom of God. The kingdom is the rule and reign of God, the sphere in which God’s intentions for the world are carried out.

Pastor and theologian, Sinclair Ferguson, defines the kingdom of God this way:

Bock writes, “The way to God’s kingdom is through Jesus. He controls the kingdom’s benefits and represents its power and presence.” The kingdom has come—it has come in Jesus Christ, and those who are united to him through faith have entered the kingdom.

In God’s vision for the world, captives are set free, and women and children have no need to fear violence, abuse, or exploitation. Male domination over and exploitation of women, in any form, should be resisted because it is evil. God calls his people to stand with the vulnerable and powerless and to resist those who use their power to oppress and harm others. When Jesus declared that he had come “to set at liberty those who are oppressed” (Luke 4:18), he showed that bringing freedom for captives and relief to the poor and oppressed is at the very center of his mission. His ultimate act of liberation was his sinless life, substitutionary death, and victorious resurrection, which set his people free from slavery to sin and death. Now his people, the church, can join in his mission to work against evil and oppression and proclaim liberty.

Our hope is in Jesus as King, not primarily in politics, though we do believe that God can work through political systems to do good (Romans 13:1). As Scot McKnight puts it:

“The Christian’s primary ‘politic’ is a church that follows Jesus as King, that votes its conscience not on the basis of a political ideology but on the basis of the gospel, and that strives to influence society through the church. That is, its politic is not the eschatological hope of the federal government but in the one who is King over all.”

If you are moved to take action against modern-day slavery, the answer is not to boycott the Super Bowl. Instead, help your church to work toward ending trafficking in your city.