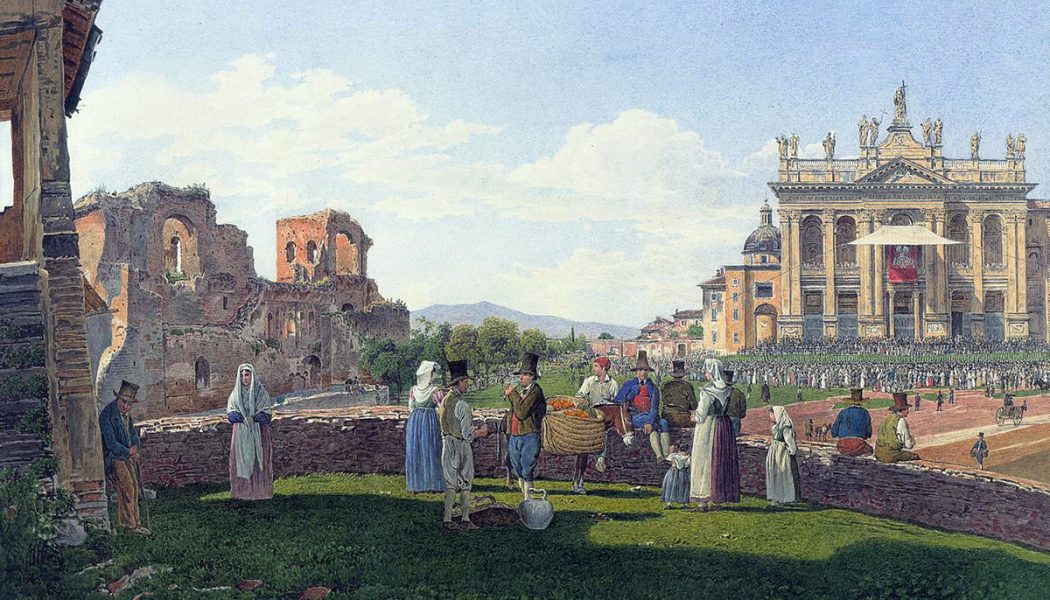 Pope Francis has made a subtle change in the past year which emphasizes the truth of the feast we mark on Nov. 9 — namely that St. John Lateran, not St. Peter’s in the Vatican, is the cathedral of the Diocese of Rome.

After the first centuries of persecution by state power, the Church gained the freedom to organize her life in the fourth century. From that time onward for a millennium, the Bishop of Rome had his residence at the “Lateran Palace” and his cathedral church was part of that complex. We know it as St. John Lateran, but it was originally dedicated in 324 and dedicated to Christ the Savior. Centuries later two additional patrons were added, St. John the Baptist and St. John the Evangelist.

The façade inscription (in Latin) dedicates the church to “Christ the Savior in honor of Saints John the Baptist and the Evangelist.” Its official title is a mouthful: “The Papal Archbasilica of the Most Holy Savior and Saints John the Baptist and John the Evangelist at the Lateran.” More to the point, on the entrance to its portico are inscribed the words, “Mother and Head of all the Churches in the City and the World.”

After the Avignon exile in the 14th century, when the pope returned to Rome he did not live at the Lateran, which had been damaged by two fires in the interim. He eventually settled at the Vatican, where the pope has lived ever since. However, despite the grandeur of the new St. Peter’s, built in the 16th century, the pope never shifted his cathedral, which remains his cathedral church. Hence it is called an “archbasilica,” while St. Peter’s is a mere “basilica.”

The liturgical calendar reflects this. There are two feasts for the papal office, as it were. The dedication of the Lateran cathedral (Nov. 9) and the feast of the Chair of St. Peter (Feb. 22), which is the patronal feast day of St. Peter’s Basilica.

Pope Francis has chosen to emphasize the role of bishop of Rome from the beginning, repeatedly using that title in his first addresses after his election in March 2013.

Now, over the last year, the Holy Father has introduced another subtle change which gives priority to his role as Bishop of Rome.

The recent document on the establishment of new religious congregations, Authenticum Charismatis, was signed in this fashion: “Given at the Lateran, on 1 November 2020, the Solemnity of All Saints, eighth year of my Pontificate.”

That’s standard for all official papal documents — they are signed with a place, a date and the year of the pontificate.

What’s new is that Pope Francis is now signing documents from the Lateran, instead of from the Vatican.

That’s a significant change from usual practice — almost all of St. John Paul II’s and Benedict XVI’s documents were signed, “Given in Rome, at St. Peter’s” or more simply, from the “Vatican.” Pope Francis maintained that custom for his first two encyclicals, Lumen Fidei (June 2013) and Laudato Si (May 2015), as well as his exhortations Evangelii Gaudium (November 2013), Amoris Laetitia (March 2016) and Gaudete et Exultate (March 2018).

The change does not mean that Pope Francis travels across Rome to the Lateran to sign the documents. The dates and places of papal documents are assigned with some flexibility. Major documents are often dated weeks, or even months, before they are publically released. Veritatis Splendorwas dated on Aug. 6, 1993 (Feast of the Transfiguration) even though it was released in October, and signed “at St. Peter’s” even though in August St. John Paul II was at Castel Gandolfo.

The Lateran decision — implemented quietly without an official announcement of any change — is Pope Francis’s way of emphasizing the roots of his universal office, rather than the simple fact of it.

More than his predecessors, Pope Francis is quite deliberate about where his official documents are signed.

He went on pilgrimage to Assisi recently so that Fratelli Tutti could be signed there on the vigil of the feast of St. Francis (Oct. 3, 2020).

After the synod on youth, he went to Loreto, to sign Christus Vivit at the shrine of the Holy House (March 25, 2019) and later that same year went to Greccio, where St. Francis created the first nativity scene, to sign a letter on that devotion, Admirabile Signum (Dec. 1, 2019).

The signature style on a papal document does not change its importance or its content. But teaching documents are meant to teach. The details of the papal signature are meant, Pope Francis intends, to teach something about the nature of his office as Bishop of Rome.