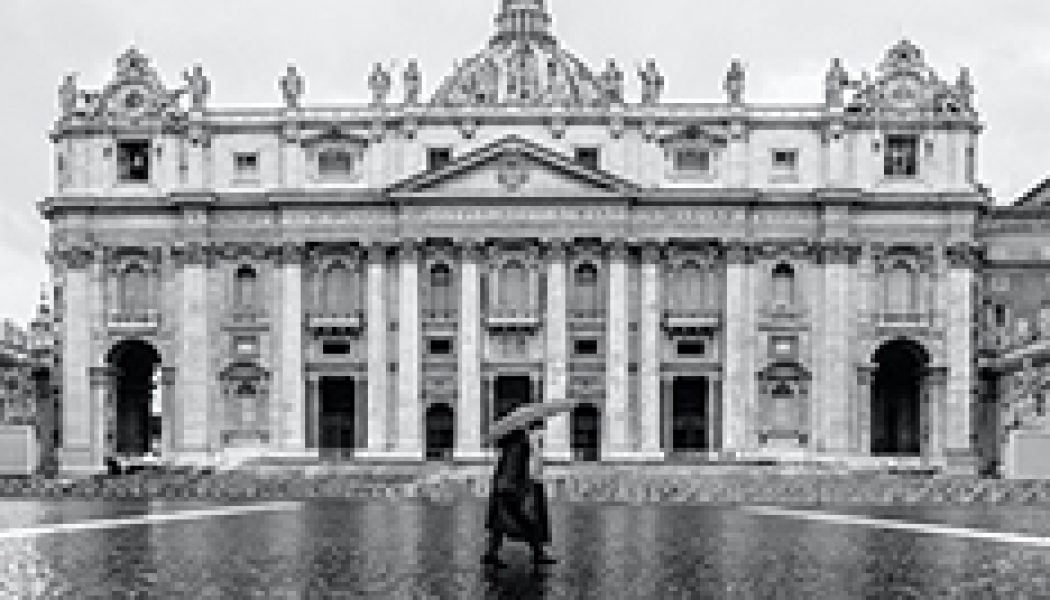 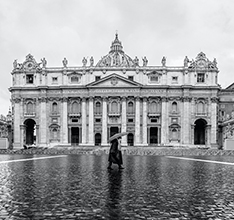 One silver lining for me during this weird coronavirus shutdown has been the opportunity to return to some writing projects that I had left on the back-burner. One of these is a book on the Nicene Creed, which I had commenced many months ago and on which I was making only very slow progress, given my various pastoral and administrative responsibilities. The last several weeks, I have been working in a rather concentrated way on the Creed book, and I find myself currently in the midst of the section on the Church: “I believe in one, holy, Catholic, and apostolic Church.” I will confess that the peculiar way that we have been forced to express the life of the Church during this quarantine period has influenced my ecclesiological reflection.

A first insight is this: we are an intensely, inescapably Eucharistic church. One of the most difficult moments that I’ve had as a bishop was participating in the decision to close our churches and to shut down the celebration of Mass with a community. Mind you, it was the right decision. I emphatically disagree with those who argue that the bishops caved in to the pressure of the secular state in making this determination. That’s nonsense. There are some very real tensions between Church and state and sometimes we have to make a stand—a good example being our vigorous opposition here in California to the legislature’s attempt to violate the seal of confession. But this is not one of those cases. Instead, we bishops agreed with the secular authorities that the churches should be closed, precisely for the well-being of our people. Having said that, the suspension of public Mass has been painful for everyone—and the principal reason for that pain is the forced fasting from the Eucharist.

Sensing this, innumerable priests and bishops all over the country—indeed, around the world—commenced to live-stream or film the liturgy, broadcasting it over Facebook, YouTube, or on television. The reaction to these representations of the Mass has been overwhelming. To give just one example, at Word on Fire, we started filming daily Mass on St. Patrick’s Day, and we’ve continued to the present, acquiring in the process well over five million views from over two hundred countries. Some priests have, furthermore, processed through the quiet streets with the Blessed Sacrament, while Catholics look on from their homes; others have placed the monstrance with the consecrated host in the windows of their residences and rectories so that people can venerate the Sacrament as they walk or drive by. And wasn’t the whole Catholic world fascinated by Pope Francis, standing in the rain and facing an empty St. Peter’s Square, as he blessed us, via television and social media, with the Eucharist?

To be sure, none of these mitigated encounters with the Eucharistic Lord is a substitute for the real thing—and that’s the point. The abstention from the Eucharist—which began, fittingly enough, during Lent—has awakened a profound hunger for what Vatican II called “the source and summit of the Christian life.” Perhaps too many Catholics had grown indifferent to the Blessed Sacrament, even, as a recent Pew Forum study indicated, ignorant of its deepest significance; and perhaps this forced starvation will have a salutary effect.

A second ecclesiological insight is this: priests are in an intensely symbiotic relationship with their people. Everyone knows that priests have been passing through a difficult period, practically without precedent in the history of the Church. The scandals of the past twenty-five years, culminating in the McCarrick outrage, have soured many against priests and have made priests extremely vulnerable to the charge of clericalism. Without denying for a moment that these reactions and impressions are, to a degree, legitimate, I want to insist once again that the vast, vast majority of priests are decent, prayerful men, who want nothing more than to bring Christ to their people. And this coronavirus quarantine has powerfully confirmed this for me. During the course of the shutdown, I have personally reached out by phone or by Skype or Zoom to all the priests of my region. Like everybody else, they’re a little antsy and bored, and their routines have been interrupted. But time and again, they tell me that their greatest frustration is not being able to have steady contact with their people. Priests indeed bring Christ to their parishioners through preaching, presence, and sacrament, but the people also give life to the priests, sustaining them with prayer and friendship. Keeping the people away from their priests is just bad for both people and priests, for they are, in the Mystical Body, ordered toward one another.

A third and final insight is that the Church is stubbornly incarnational. At the heart of the Catholic sensibility is the conviction that God became flesh in Jesus Christ. And Catholicism teaches that the presence of the risen Jesus is made known through words to be sure, but also through physical signs—water, oil, bread, wine, etc.—delivered by human hands and accompanied by bodily gestures. At the liturgy, we are meant to come together in close proximity so that we can pray in unison, sing in unison, process together, embrace one another, gesture in harmony with each other. In all of this, the incarnational quality of the Church becomes concretely expressed. And this is what has made the last six weeks so particularly difficult for Catholics. Our faith is not primarily an internal business, something negotiated between the individual and the invisible Lord. Rather, it shows up physically and publicly, through bodies. Once again, I would hope that our fasting from togetherness will heighten our appreciation for this incarnational density of our faith.

So Catholics, don’t get discouraged. Rather, use this time of deprivation and abstention to awaken a deeper love for the Church in its Eucharistic, symbiotic, and incarnational distinctiveness.