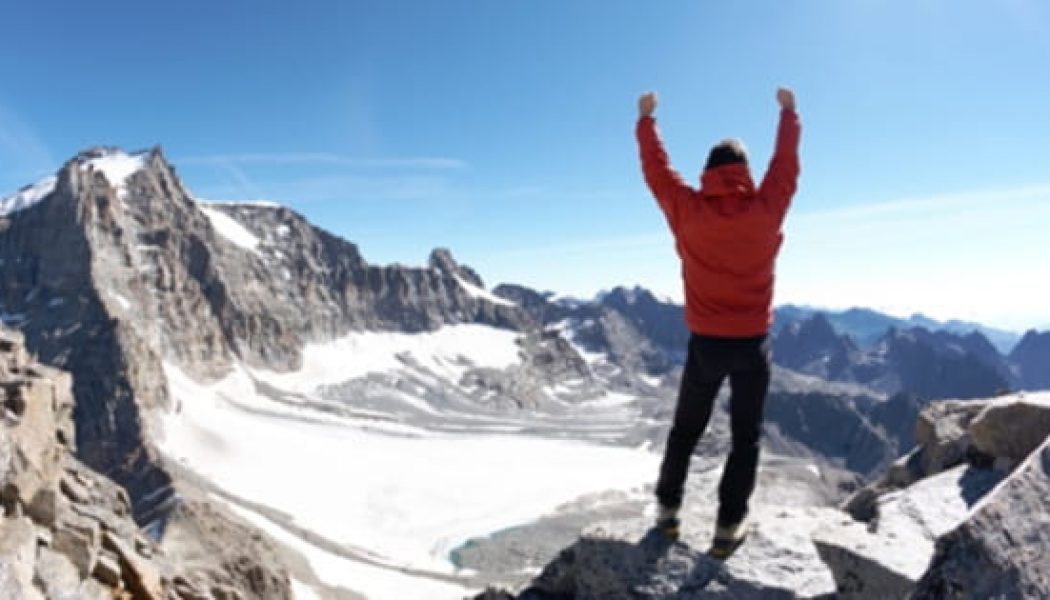 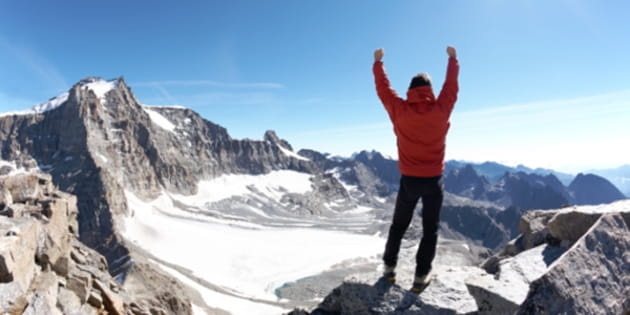 We do many things to avoid death, the pain of death, and the uncertainty about what awaits us after death. Some people refuse to plan their wills or attend funerals, for that forces them to think morbid thoughts. Others avoid new ventures that involve air travel even though you are more likely to be in a car accident than a plane crash. Still others of us shrink back from sharing our faith where it would mean persecution or possibly martyrdom.

If we are going to be people who live Christ-centered, counter-cultural lives, we cannot let death bully us with concerns about death itself, the manner of our demise, and what lies just past the door to the afterlife. Instead, we must be fully assured that Christ’s work in the incarnation, on the Cross, and in the resurrection means for us that there is nothing to fear.

In writing to the Hebrew Christians in Hebrews 2:14, the author immediately recognizes a problem of human existence. As human beings, we are mere “blood and flesh,” and once the blood is spilled, we are no more. God, being without blood and flesh – without a physical body – has no concern about dying.

So that he could go through the same experience as people, God himself came in the incarnation, put on human flesh and blood, so that he too could experience death, and in doing so take the power of death away from the Evil One.

So, the first reason we have nothing to fear is because Jesus has identified with us in order to defeat the devil (2:14-15).

The writer to the Hebrews is certain of the reality of the devil. Apparently he has some real ability to use death as a means to his ends, for it says he has the power of death.

What the devil has, in fact, is delegated and usurped power. It is delegated from the Lord with limitations, as seen in the case of Job, for God alone is the one with the power to create life and to return men to dust. It is usurped in that man in the garden handed over dominion of the earth to him, and death entered under his rule with man’s disobedience. He uses that power to destroy the lives of the wicked.

Because Christ took on a body, he was able to go to the Cross and die. By dying and then rising again from the dead, he “rendered powerless” the devil by taking away his tool. Holding death in his hand, the devil could say to humanity, “You better obey me rather than God or I will kill you!” But it is now not so with Christ coming into the world. Thus the devil still attacks us and seeks our ruin; but we have nothing to fear from him because his power to destroy us by death is taken.

Second, we have nothing to fear because Jesus, in identifying with us, delivers us from the fear of death (Hebrews 2:14). Jesus delivers those who are slaves to the fear of death. The fear of dying controls the lives of unbelievers so as to enslave them to actions that seek to escape death and how one might die.

For example, the captain of the sinking costa concordia departed the ship before the passengers, to make sure he kept his life even if others perished. In a sense, everyone who tries to leave a legacy of their own greatness are trying to keep themselves from being erased completely by death.

Jesus, however, frees us from the fear of death so that we do not spend the rest of our lives making decisions based on avoiding the pains associated with death. Uniquely, Jesus does not do this for angels, but only for those described as “the offspring of Abraham.”

When one thinks of the offspring of Abraham, Isaac and Ishmael are the first to come to mind. The Lord separated Isaac from Ishmael so that the promises to Abraham would come by election. Those who follow in the faith of Abraham are also his offspring; all who have believed Christ by faith are his offspring. For us death will not be a scary event. Christ’s death for us makes death a short stop on the way to heaven, for Christ literally “takes hold of us” to carry us to glory.

Third, we have nothing to fear because Jesus has identified with us to diffuse the Divine wrath (Hebrews 2:14). We are identified as brothers of Jesus – a truth by virtue of Divine adoption. By coming in a body and experiencing the same things we are experiencing, Jesus takes on another role—that of High Priest.

Under the Mosaic Law, the high priest had one unique duty. Once a year, on the Day of Atonement, he took blood into the Holy of Holies, to the Mercy Seat, atop the Ark of the Covenant, in order to atone for the sins for Israel. If God accepted the sacrifice of the one goat, another goat that was spared would not return. In this way God signaled that his wrath against the people as satisfied.

Christ, by coming and experiencing the things of human life, and going to the Cross, took the role of the High Priest. It is he who would take sinful humanity to God through his sacrificial blood shed in his death for us; it is he who would bring the Holy God down to man.

Christ did this by making propitiation for the sins of the people. The word, literally, is “Mercy Seat.” Jesus is that mercy seat where God covers and removes sin because his wrath has been satisfied. He takes care of the real problem we face at death—the judgment of our sins.

Yet Jesus is not a detached priest. Because he experienced this life and death he is merciful and faithful. In the Old Testament God is the one who is merciful and gracious. Jesus takes divinity and sticks it into the priesthood by understanding what you and I go through in this life. Nevertheless, although mercy and faithfulness are for the benefit of the believer, Jesus’ service was for God. God is the one with the plan to send Jesus to satisfy his wrath. We have nothing to fear.

However, because Jesus took every temptation to the full extent, enduring it without giving in, he understands temptations better than any of us. Because he endured the Cross with our sin and God’s wrath upon him, he knows death better than any.

Thus, when the Christian life gets too hard – when submission is too much, pain is too strong, waiting is too long, or love is not returned – it is not time then to throw in the towel. It is then time to run to Jesus who is able.

Eric C. Redmond is Executive Pastoral Assistant and Bible Professor in Residence at new canaan baptist church in Washington, DC. He blogs at “a man from issachar.”