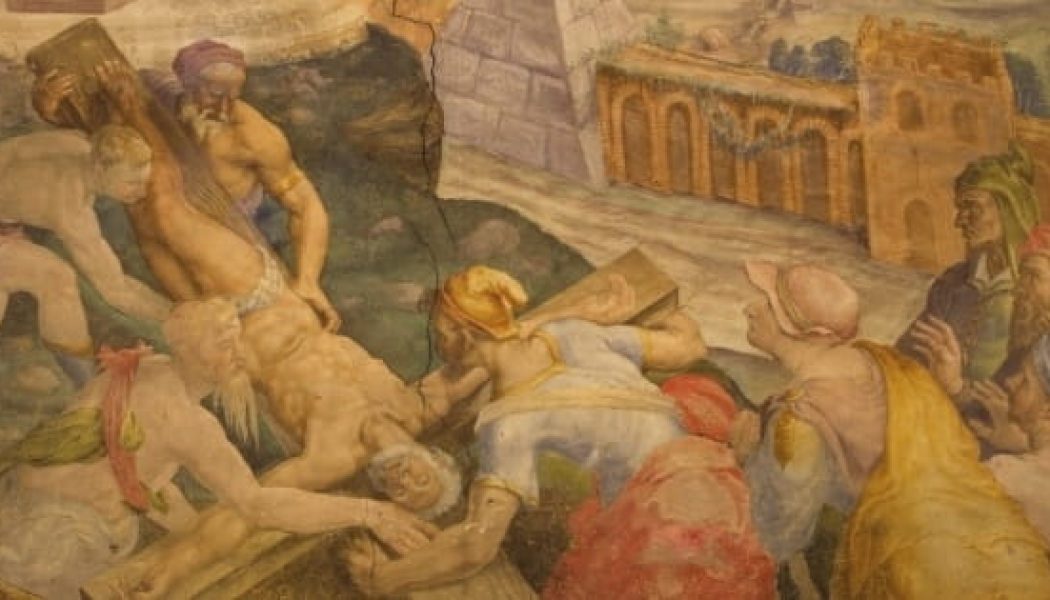 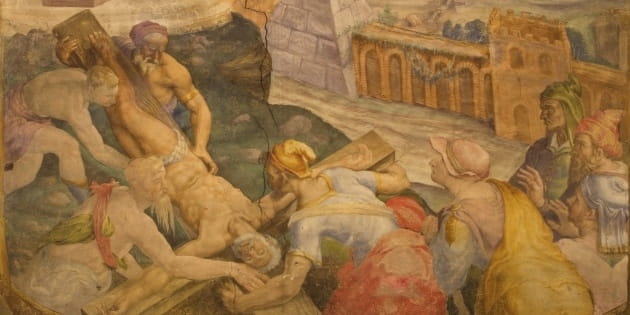 Christian history. Some of you already may be tempted to stop reading. History, after all, is a subject that can often feel distant, boring, irrelevant.

But I’m convinced you should care about the history of the church. In fact, I believe it’s essential. And for your good.

Christianity is a history-anchored faith. We don’t teach a set of abstract principles or philosophical ideas; we teach the truth of a historical event. As Francis Schaeffer liked to say, if you were there 2,000 years ago you could have run your hand down the cross and gotten a splinter. How silly would it be for us to conclude, “Well, I believe Jesus lived and died and rose in historical time, and that without those historical events I’d be lost forever, but I don’t really care about history.”

But Christian history isn’t just meaningful; it’s intensely practical, too. Here are seven ways that studying it benefits us.

First, Christian history instructs us, replacing our ignorance with truth. “To know nothing of what happened before you were born,” warned the ancient philosopher Cicero, “is to forever remain a child.” Learning history matures us by rooting us in reality—in what actually happened as opposed to what we assume must have happened or wish had happened.

The Christian church has a glorious yet checkered past. Just as the scriptural record of God’s people is a mixed bag—great feats of faith mingled with great falls into sin—so is the history of the people who have made up the church through the ages. Historians John Woodbridge and Frank James observe:

The history of the church reminds us that Christians can be culprits of foolishness as well as bold titans for truth. They can be egoistic and self-serving; they can be humble and generous. A single individual can embody conflicting traits. We may find it disconcerting to discover that our heroes are sometimes flawed. . . . [But] God works through sinners to accomplish his good purposes.[i]

The study of Christian history serves an instructive, and therefore maturing, purpose.

Second, Christian history exhilarates. Yes, it can seem boring at times. And no doubt it can be taught boringly. When taught well, though, it involves the thrill of discovery—and that’s exciting. You get to meet people you’ve never seen and visit places you’ve never been, and can never go, since they no longer exist.

Exploring your spiritual heritage can be a thrilling adventure.

Third, Christian history provides perspective, freeing us from the narrow perspectives and overwhelming demands of the urgent.

Additionally, it can be easy to think that there was some golden age of doctrinal knowledge and Christian living long ago to which we must return. But this is an illusion. No era has known a level of Christian thought and practice that didn’t cry out for the King’s return.

Fourth, Christian history illumines. It sheds light on present trends and circumstances, thereby going a long way toward explaining why things are the way they are today.

The challenges facing us as Christians are rarely unique to our time. For example, if you’ve ever talked with a Mormon you may know that they deny Christ’s deity. He isn’t the Creator God, they say, but a created god—the highest creature, even. But this argument has been around since at least the third century, and a book like Athanasius’s On the Incarnation—written in response to this very issue—can illumine us on how to answer our Mormon friends.

Fifth, Christian history inspires. I imagine you know what it’s like to hear a story or watch a film about a historical figure and feel stirred. Reading biographies can be a particularly powerful source of inspiration. Whether learning of the heavenly-mindedness of Jonathan Edwards, the persistence of Adoniram Judson, the faith of George Mueller, or the conviction of Martyn Lloyd-Jones, God has often used biographies in my life to encourage my soul and spark fresh devotion to Christ. (If you’re looking for an accessible on-ramp, John Piper’s biographical lectures and books are a good place to start. This series of biographies for kids is helpful as well.)

In Scripture, rehearsing acts of faith in the past (Hebrews 11:1-40) is tethered to running with endurance in the present (Hebrews 12:1-2). Your King intends yesterday’s stories to inspire you in today’s race.

6. It Humbles and Convicts

Sixth, Christian history humbles and convicts. As you explore the lives of your spiritual forebears, you’ll soon find you’re not as impressive as you thought.

Bethan Lloyd-Jones, wife of the great 20th-century preacher Martyn Lloyd-Jones, once explained: “In order to understand my husband you must understand that he was first of all a man of prayer, and then an evangelist.[iii] Now ask yourself: if the person who knows you best were to share the secret to understanding you, would prayer and evangelism top their list?

Finally, studying Christian history fires worship. How could it not? It deepens our amazement at God’s unflinching faithfulness through the ages. We’re moved to praise him for saving, for preserving, and for using his people despite themselves.

Although Christian history is the study of the works of men and women, it’s ultimately the study of the work of God. It’s not Christians who have been building the church, after all; it’s Christ. I will build my church, he promised, and the gates of hell will not prevail against it (Matthew 16:18).

Speaking of Jesus, few things showcase him like church history. We may think there are many heroes of the past, but in the final analysis there’s only one. The Lord Jesus is the only perfect Hero to which all of his imperfect followers point.

Matt Smethurst serves as associate editor for The Gospel Coalition. He and his wife Maghan have two children and live in Louisville, Kentucky, where they belong to Third Avenue Baptist Church. You can follow him on Twitter.

[iii] Iain H. Murray, D. Martyn-Lloyd-Jones, Volume Two (Carlisle, PA: Banner of Truth, 1990), 322. Sometimes we’re humbled by holiness; other times by gifting. Take Charles Spurgeon, for instance. I’ve noted elsewhere that his sermons fill 63 volumes (the largest set by a single author in church history); he read six books a week and could recall their contents; he read through The Pilgrim’s Progress more than 100 times; 14,460 people were added to his church’s membership, and he did most of the membership interviews himself; he trained 900 men to the pastorate; he founded an orphanage, edited a magazine, produced more than 140 books, and is said to have received 500 letters a week to respond to; more than 25,000 copies of his sermons were printed each week; he often preached 10 times a week in various churches; he did all this while suffering from gout, rheumatism, and Bright’s disease—living only to the age of 57; and his wife was sick for much of that time.