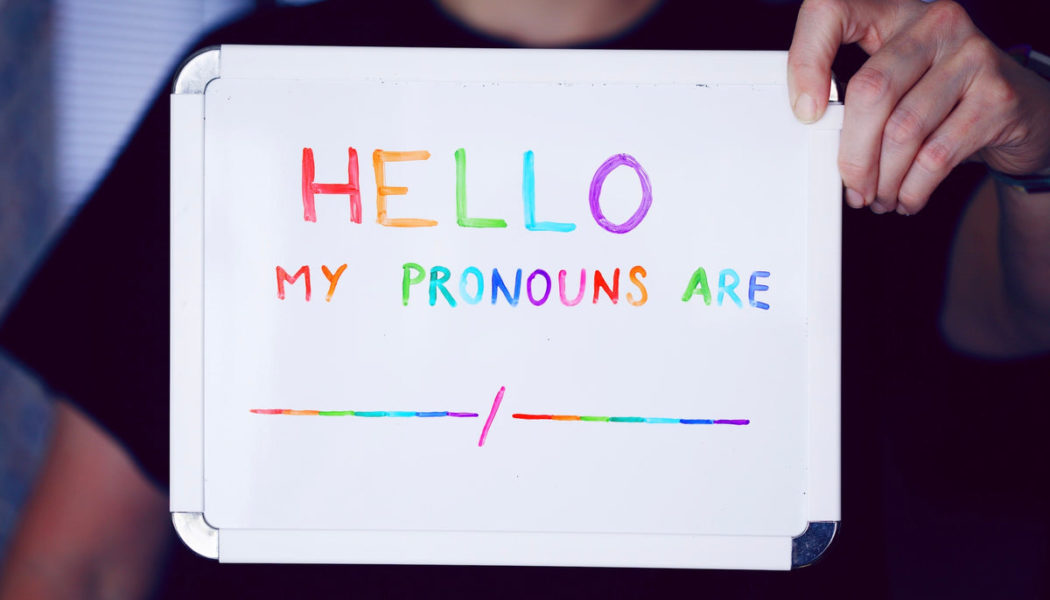 Decades of messaging have all but canonized radical sexual autonomy as identical with courage and liberation. It is a creed that reduces and redefines the human person and names them by their sin. Incumbent on the Christian, is to love the person and resist the revolution.

Does the radical Christian call to love all God’s children regardless of their LGBTQ+ identification demand our silence or even our affirmation of the ever-growing Pride movement that occupies our streets, shops, and inboxes for the month of June?

This question is on my mind as we recently shared on TOH a piece by our friend and colleague, Carl Trueman calling on Christians to resist Pride Month. It was met with some measure of controversy which was expected, but not sought. We have no desire to provoke for the sake of provoking, but nor do we desire to perpetuate a profoundly destabilizing ideology that increasingly demands public displays of loyalty.

It can be hard to see clearly in an age of ideology. When looking back at the vast and varied unjust movements of the past from slavery to eugenics to Maoism, we tend to think we would have been on the right side of it all. However, the reality is that living in a sea of powerful and coercive cultural messaging is deeply disorienting. Good-willed people can get it wrong — sometimes grievously so.

To help clarify what love demands of us with regard to Pride month, we might imagine a similar predicament with different players who are less sympathetic, but no less deserving of love.

Expanding on a comparison Trueman employs, what is the loving Christian response to the persons marching in a White Pride parade? One might argue, “Some of those marching are deeply wounded in ways we cannot fathom. Some have surely been treated unjustly or perhaps felt marginalized seeing other ethnicities celebrate their heritage while they could not celebrate their own. We might think they’re wrong to march, but let he who is without sin cast the first stone. The job of the Christian is not to judge, but always and only to love.”

“No!” we would all surely pound our fists. “Loving the sinner does not require silence or endorsement of such a vile public spectacle. We are called to love…even the racist. But that love does not preclude speaking out against a White Pride Parade.”

Or what if we imagine a ‘Celebrate Unfaithful Husbands Parade.’ A possible defense might be, “A man loves whom he loves. Perhaps his prior marriage was cold or loveless. Sure, it is a bit weird that a 58-year-old man needs to march about how he now lives blissfully with a freshly minted college graduate some decades his junior, but how and who he loves is not ours to discern. It has taken many such men a long time to overcome their nagging sense of shame so let’s remind them of their dignity and give them their own special Adulterer Pride flag to wave! To resist their activism risks turning them away from the Gospel.”

Who Are the Victims?

Perhaps one could object that such thought experiments are not fair because  people are deeply hurt by sins of racism and infidelity whereas gay or transgender, or bisexual, or queer, or pansexual, or + activities are victimless sins.

Firstly, Christians are not consequentialists, viewing harm to others as the sole and final metric of sin.

Secondly, every sin harms the sinner, and when pursued obstinately and unrepentantly, can rupture and ravage one’s friendship with Our Lord.

Finally, all sin harms communities (even if indirectly), and inevitably that harm becomes quite directed. An ideology that triumphs human desire and power over a meaningful, embodied human nature eventually ends up targeting the most vulnerable: women and children. This is evident in the absurd and nihilistic way women are no longer able to be defined or defended in everything from athletics, to locker rooms, to Supreme Court confirmations. Revolutions move quickly and the feminists of yesterday holding onto their woman card are fossils to a Progressive movement which has moved on to deconstruct, disrupt, and destroy the “gender binary.”

The direct harm is also evident in Queer Theory’s calculus that exposing children to adult sexuality is a necessary part of social liberation. Videos went viral this week of provocatively dressed men dancing while young children pressed cash into their G-strings at a “Drag the Kids to Drag Pride” event. In the name of Pride, Kellogg’s put cartoon characters on their cereal box urging kids to pick their pronouns and reminding them that no matter who they love, they’re too awesome to fit in a box. Also taking a knee in obeisance to Pride, WaPo featured a salvo for why “kink” is for kids too.

From this multi-varied assault aided and abetted by media, tech, and the many shepherds of liberation in the K-12 classroom comes the heart-breaking yet predictable chaos and disruption of childhood. The rapidly rising numbers of minors seeking to hormonally halt puberty and mutilate their bodies before they are old enough to drive a car should convince us that something has gone catastrophically wrong and that, regardless of any particular person’s good intentions, this is far from a benevolent movement.

Loving the Person, Condemning the Revolution

Were this merely a matter of individuals living and loving as they choose then there would be no need to resist Pride Month because there would be no such thing as the corporate, cultural behemoth that is Pride Month. The understandable desire to be compassionate and the fear of being labeled a bigot have long been weaponized in order to enshrine in our imaginations and our ruling institutions a revolutionary creed that our wills are unimpeachable and our desires omniscient. It is a creed that reduces and redefines the human person and calls them by their sin.

Decades of messaging have all but canonized radical sexual autonomy as identical with courage and liberation; any and all resistance to this framework is labeled as bigotry and hate. It is incumbent on the Christian to see such tactics and lies for what they are.

Every person deserves to be treated with dignity and love. In the context of a personal relationship that might mean mostly listening to the other’s struggles and affirming his or her fundamental worth and dignity. But Pride Month is not about human dignity. It is about human deification.