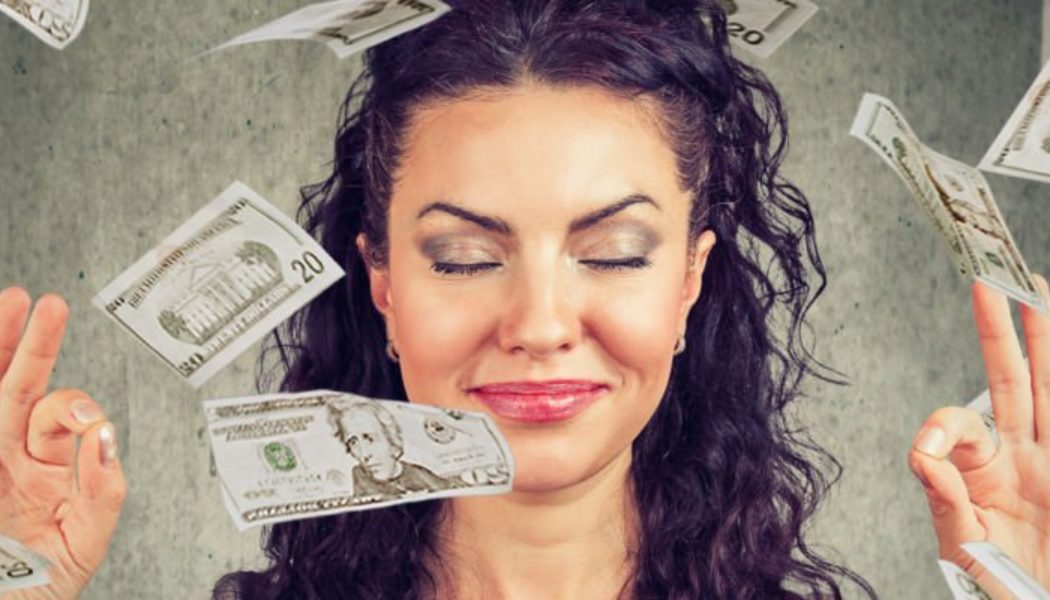 To appraise a cultural phenomenon, we need to look past trendy terms and examine the underlying substance. So what is “manifesting”?

The current use of the term is too new to appear in standard dictionaries, but Wikipedia says manifestation refers to “self-help strategies intended to bring about a personal goal, primarily by focusing one’s thoughts upon the desired outcome. . . . While the process involves positive thinking, or even directing requests to ‘the universe,’ it also involves action-steps on the part of the individual.”

An article on Vox.com cites the following as examples:

On TikTok, teenagers share stories about how “scripting,” or repeatedly writing down a wish, caused a crush to finally text them back. On YouTube, vloggers lead tutorials on how to properly manifest your dream future. On Instagram, someone will write that $20,000 will soon land in your hands, and all you have to do is comment “YES.” On Twitter, [extreme fans] will, ironically or not, attempt to manifest the release of a new Lorde album.

It’s easy to see these examples as superstitious. Superstition involves attributing too much efficacy to something.

“Just comment ‘YES’ and you’ll get $20,000” and “Write down your wish repeatedly and the boy you like will text you back” easily can be regarded as superstitious.

However, if it was obvious that attempts at manifesting a particular outcome never work, the practice would not be trendy. Even if most attempts to manifest fail, there needs to be enough plausibility and enough success for people to retain interest in the practice.

How might we explain that? We need to consider two kinds of causes that might produce success: normal and paranormal ones.

Random chance is an obvious possible natural cause. Maybe the boy you like was going to text you back anyway, and he just happened to do so shortly after you tried to manifest this, lending plausibility to the idea that your manifesting efforts were the cause.

However, just because one thing happens after another doesn’t mean that was its cause. In logic, that idea is known as the post hoc ergo proper hoc fallacy (Latin, “after this, therefore because of this”). Or, as they say in scientific circles, “correlation is not causation.”

Natural causes also can relate to manifesting in other ways. If you decide—with respect to a goal—that you’re going to think positive and act positive, that can help you achieve the goal.

Thinking and acting positively can make you more likable, and that can open doors and help remove obstacles. Similarly, self-confident action toward a goal can help you become “the little engine that could” in achieving it.

What about the paranormal aspects of manifesting? Here we need to differentiate more carefully than practitioners of manifestation may commonly do. What does it mean to ask “the universe” to manifest some desired goal?

It could mean that there are aspects of the universe and human nature that allow a human being to increase the likelihood of something happening by “positive thinking” or willing it to happen.

If humans have an ability to influence things in the world just by thinking about or willing them, then this would be a natural ability (i.e., one built into human nature), but it is not an ability recognized by mainstream science, making it some kind of psychic ability. In parapsychological terms, it would be classified either as a form of remote influencing or as a form of psychokinesis (mind over matter).

On the other hand, someone practicing manifestation may also be open to God or some other spirit taking a hand in helping him achieve his goal. In this case, the effect would be supernatural since it would be above (Latin, super) what human nature is capable of doing.

Could psychic functioning be involved in cases of manifestation? A knowledge of the history of Catholic thought on this subject would not rule out the possibility.

Doctors of the Church like St. Augustine and St. Thomas Aquinas held that God built weak abilities into human nature that today we would call psychic. For example, both Augustine and Aquinas believed in precognition. (Aquinas called it “natural prophecy,” to distinguish it from the supernatural prophecy God gives; see Disputed Questions on Truth 12:3.)

More to the point, Aquinas believed that “when a soul is vehemently moved to wickedness,” it can physically harm another person. This was his explanation for the evil eye (ST I:117:3 ad 2; II-II:96:3 ad 1).

Aquinas didn’t discuss the reverse of this (i.e., could a soul vehemently moved by love physically help a person, such as through healing), but he’s talking about psychokinesis.

More recent Catholic authors—such as Fr. Alois Wiesinger (1885-1955)—have suggested that what today are considered psychic powers are the remnants of the “preternatural gifts” Adam and Eve enjoyed before the fall.

This is not to say that psychic functioning exists. It is simply to say that Catholic tradition has recognized its possible existence, and so the matter would need to be considered and the evidence for and against it evaluated.

Supernatural causation could also play a role. Suppose a person is suffering in a terrible situation and uses manifestation to cry out, being open to God’s help. In this case, his efforts would be a kind of implicit, confused prayer.

Fortunately, God loves us even when we’re confused and aren’t thinking clearly about him. As a result, God might have mercy on such a person and intervene. God “sends rain on the just and the unjust” (Matt. 5:45).

However, there also is danger. Suppose a person is trying to manifest a sexual encounter outside marriage with someone he’s attracted to. God isn’t going to help him with that, because the goal is evil. However, a demon might intervene to foster the parties’ temptations.

This leads us to the two fundamental problems with manifesting. First, there is a tremendous risk here of superstition—of attributing way more efficacy to it than is warranted—and second, it isn’t clearly thought out and doesn’t make the needed distinctions.

In other words, thinking positively, having goals, and taking concrete steps toward them are good. But don’t attribute too much efficacy to these things. And if you’re going to invoke superhuman powers, make sure you’re talking specifically to God (or his angels or saints), that you’re pursuing a morally licit goal, and that the result is dependent on God’s will rather than your efforts.