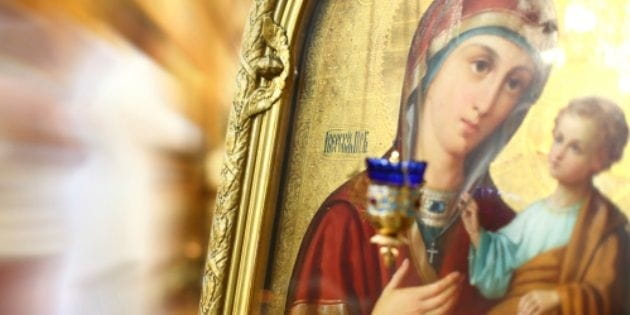 The second Sunday in Advent (Advent II) continues on the path started in the first week by looking forward to Christ’s first and second coming. Advent II focuses on John the Baptist, the Gentiles being included in God’s family, Christ’s coming in judgment and peace, and the church’s hopeful expectation of the completion of his promises.

The Scripture and Theology of the Second Week of Advent

Old Testament readings for Advent II reflect on the type of kingdom the coming Messiah will bring: one of judgment and peace.

Isaiah 11:1 says, “There shall come forth a shoot from the stump of Jesse, and a branch from his roots shall bear fruit. And the Spirit of the Lord shall rest upon him” (1–2). This is a beautiful image. From the dead, rotting, and decaying stump of Jesse (King David’s father)—a broken dynasty which was apparently going nowhere—God will unexpectedly cause new life to shoot forth. God did not abandon his people who had fallen into Babylonian captivity. Instead, in continuing his promise to Abraham, God works to bring new life out of death through a descendant of David. Where there is brokenness, God creates hope. Where there is darkness, God’s light shines forth.

The one coming in righteousness, with the Spirit of the Lord upon him, will bring a mix of peace and judgment. He will judge the poor with righteousness (Isaiah 11:4) and kill the wicked with the breath of his lips (11:4). This peace-bringing judgment will finally end the cycle of death begun by sin.

Isaiah 40:1 shifts to the prophecy concerning John the Baptist, who will come ahead of the Davidic King as a messenger preparing the way. He will “make straight in the desert a highway for our God” (Isaiah 40:3). Then, in that day, when the glory of God will be revealed (40:5), the Anointed One will come with might (40:10), but as one who tenderly cares for his flock like a shepherd (40:11).

These passages portray both Christ’s first and second coming. While the reign of peace Jesus brings begins during the Incarnation, God’s kingdom will not be completed until Jesus returns again.

Readings from the Psalms

During Advent II, Psalms reveal the character of the coming Savior. Psalms 72:1 describes him as a just king and a righteous judge who defends the cause of the poor, crushes oppressors, delivers the children of the needy, and brings peace. Psalms 85:1 focuses on the peace that will accompany the coming of the Lord. Verses 1–2 recall how God restored Jacob’s fortune and forgave the people in the past by covering their sin. The Psalm shifts to the future in verse 8, saying, “he will speak peace to his people, to his saints.” God spoke peace in Jesus’s first coming, and that peace will once again be spoken when he returns for his people. His salvation is near to those who trust him, and in him “steadfast love and faithfulness meet” (85:10).

New Testament readings during Advent II remind God’s people to live in hope while they wait for the second advent of Jesus Christ. Romans 15:4 calls the church to endurance and hope, welcoming others into the family just like Jesus did. God, in his hospitality, included those outside the ethnic borders of Israel into his one covenant family. As a result of this hospitality, Paul exhorts, “May the God of hope fill you with all joy and peace in believing, so that by the power of the Holy Spirit you may abound in hope” (15:13). God’s grace makes Advent a season of hope.

2 Peter 3:8 reminds us that God is not slow to fulfill his promises. And because God promised to return like a thief in the night (3:10), God’s people should live in holiness, godliness, and peace as we await the coming new heavens and new earth in which righteousness dwells. Philippians 1:3–11 points to God’s faithfulness. The one who began a work in his people will bring it to completion when Christ returns.

Gospel readings for Advent II meditate on John the Baptist, the one sent to pave the way for Christ. Matthew 3:1 says that John the Baptist came calling for repentance because God’s kingdom was close at hand. John confronted the  Pharisees and Sadducees, who thought they stood on solid ground because they were descendants of Abraham. However, John said, “God is able from these stones to raise up children for Abraham. Even now the axe is laid to the root of the trees. Every tree therefore that does not bear good fruit is cut down and thrown into the fire” (3:9–10). The family of God is being extended beyond the bounds of the nation of Israel. John tells the religious leaders that their ethnicity is of no benefit to them if they do not, like everyone else, repent and bear fruit. Mark 1:1 similarly speaks of John the Baptist’s coming, while tracing Jesus’s lineage back to God himself, and Luke 3:1 adds that the coming of the Messiah will cause all people to see God’s salvation.

The Symbolic Spirituality of the Second Week of Advent

During the second week of Advent, the Jesse Tree and Advent Wreath, introduced during the first week, both help teach the theological significance of the journey through the Advent season.

On the second Sunday of Advent, the second purple candle, sometimes called the “Bethlehem Candle,” is lit. This candle represents love—both God’s for us and ours for him and others—and symbolizes the manger where Jesus was born. The manger is a vivid reminder of the great lengths to which the King of Creation went, humbling himself for his people. He deserved a kingly procession into the city with much fanfare. Instead we see him born in a manger, living in poverty with no place to lay his head, and entering the city on a donkey as he makes his way to the cross. Lighting the second Advent candle reminds us of Jesus’ life of love for us.

As we continue down the Advent path on Advent II, we are constantly reminded of Christ’s first coming while we watch and wait for his second coming. The prayer for the second week of Advent puts it this way:

who sent your Son to redeem the world

and will send him again to be our judge:

give us grace so to imitate him

in the humility and purity of his first coming

that, when he comes again,

we may be ready to greet him

with joyful love and firm faith;

through Jesus Christ our Lord.