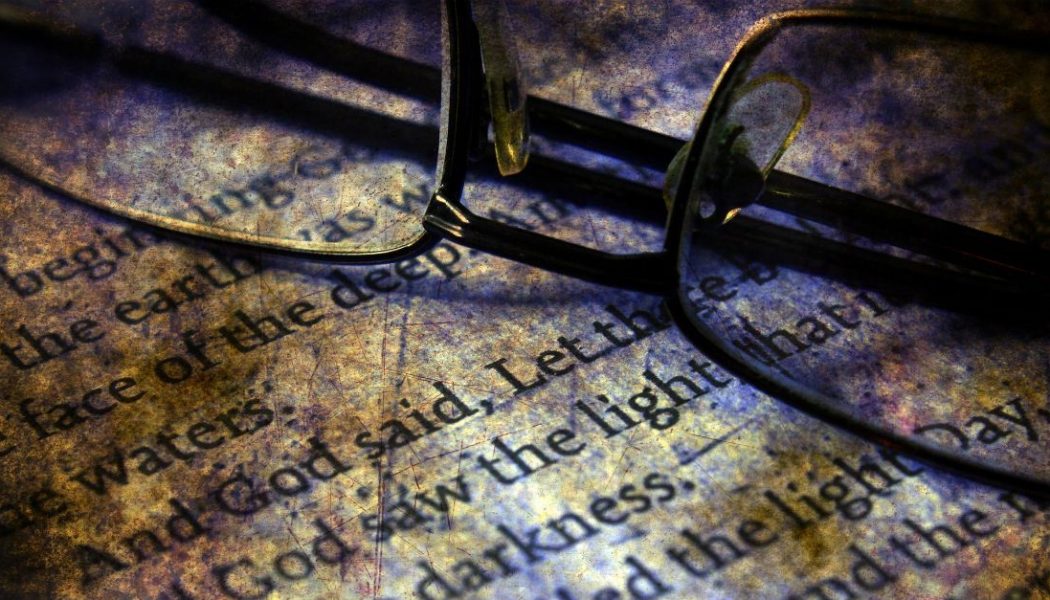 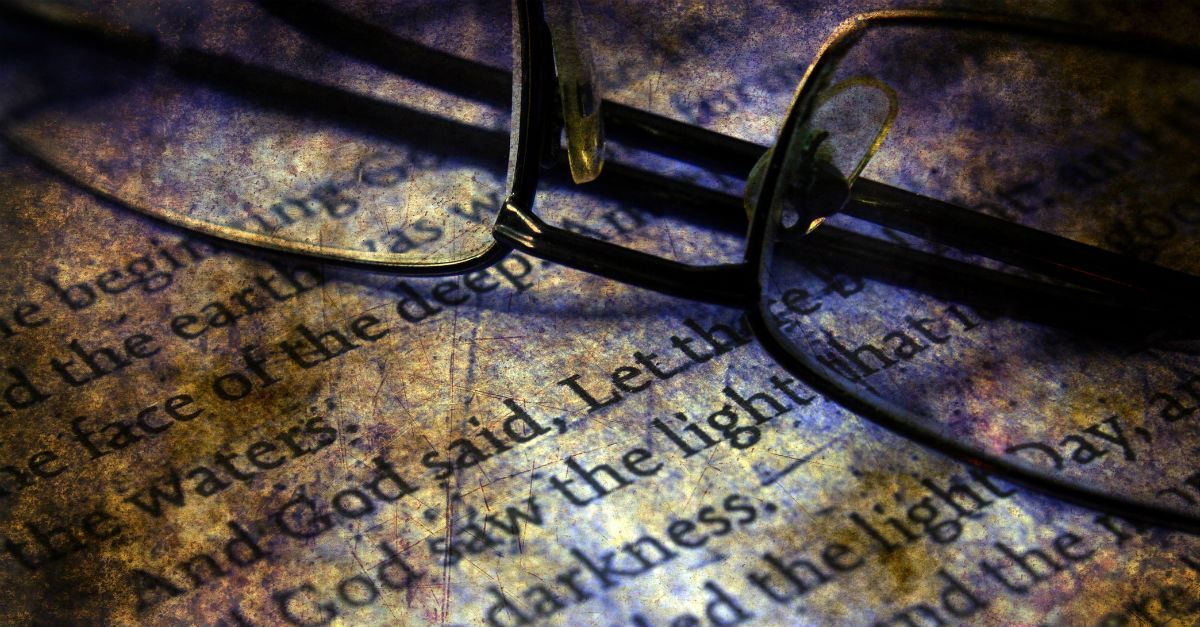 As the earliest extra-biblical Christian confessional document, the Apostles’ Creed has stood the test of time as the preeminent testament to creedal orthodoxy.  The creed, attributed to the earliest missionary followers of Jesus, distills the basic outline of what it means to be a Christian into a short summation that belies the depth and richness of what it proclaims.

We believe in God, the Father Almighty,
the Maker of heaven and earth,
and in Jesus Christ, His only Son, our Lord:
Who was conceived by the Holy Spirit,
born of the virgin Mary,
suffered under Pontius Pilate,
was crucified, dead, and buried;
(He descended into hell.)1
On the third day He rose again from the dead;
He ascended into heaven,
and sits at the right hand of God the Father;
from which he will come to judge the living and the dead.
We believe in the Holy Spirit;
the holy catholic church; 2
the communion of saints;
the forgiveness of sins;
the resurrection of the body;
and the life everlasting.

1This clause does not appear in the earliest mss. of the creed but has become part of the traditional formulation.

2This clause does not refer to the Roman Catholic Church, but rather the universal church as a whole.

What is the Apostles’ Creed?

It’s possible that we have become so familiar with the creed that we’ve become blind to some of its unique qualities. The creed is not merely a catalog of doctrines but is phrased as a confession. “We believe,” it urges us to say. Sincere recitation of the creed requires faith in the God who has accomplished these great things and belief that these great things were accomplished.

In this way, the Apostles’ Creed is not just theology, but doxology, and as it is so often included in the liturgy of Christian worship services, it is meant to be recited together, as a body of believers, as an act of worship.

The creed is a confession in the truest sense of the word: Christians confess with the creed that these are things they must believe to be saved.

2. Proclamation of the Gospel

The creed is narrative and tells the gospel story!

When we read the creed in this way, then—as doxological confession and as proclamation of the gospel storyline of the Scriptures—we help ourselves see the powerful depth and beauty in the old familiar lines.

Where Did the Apostles’ Creed Come From?

At our best, apart from God’s intervention, we would not have created a philosophy that confessed God’s supremacy and glory. Our creed would have asserted (not confessed) the accomplishments of ourselves. It would include the phrases “We think” and “We feel.” But the gospel at the center of the Apostles’ Creed is the shaper of the lives who confess it. It “makes” the confession “We believe.”

“We believe,” the Creed says, not in some gods (as if multiple deities exist) or in a god (as if God is some vague, unrelational higher power we hope exists). “We believe,” it says, “in God.” The way the confession is phrased asserts exclusivity and identity. This God is the one true God.

God is a Person, but he’s not a mortal or created person. God is spirit, so he is a perfect, eternal, spiritual Person. He is personal; he has a personality. God is not a “life force” or some impersonal mystical vibe floating around outer space. He thinks things and says things. He relates to his creation. He takes joy, he is jealous, he is love, he is just, he has anger and wrath, he has grace and mercy.

The creed gives us a tremendous insight into the personal way our God relates to us. We believe in God, the Father. When Jesus began teaching his disciples how to relate to God, he referred to God with the word “abba,” or “father.” More literally, “abba” is like our words “dad” or “daddy.” The concept of God as Father wasn’t new to the people of Jesus’ day, but it certainly wasn’t the dominant way people referred to God. But Jesus came to show us what the one true God is like: a loving father to dependent children.

God as Father shows us that his God-ness consists of paternal love, mercy, and patience. But the Creed reminds us that this God, while being Father, is still God. He is “the Father Almighty.”

1. Omnipotence. God is all-powerful. God is eternal, and there is nothing impossible for him. (Jeremiah 32:17)

2. Omnipresence. God is all-present. Because God is sovereign and spirit, he literally sees everything at once and is everywhere at once. (Jeremiah 23:23, 1 Kings 1:27, and Psalm 139:1)

“…and in Jesus Christ, His only Son, our Lord”

Roughly half of the creed centers on the person and work of Jesus Christ, whose accomplishments became the gospel.

We know these things not primarily from the creed but from the Scriptures the creed summarizes.

When the Apostle Peter proclaims, “You are the Christ, the Son of the living God” (Matthew 16:16), Jesus affirms his conviction and promises that the gates of hell will not prevail against the church that holds to this doctrine (Matthew 16:17).

By the inspiration of the Holy Spirit, Paul tells us in 1 Corinthians 1:9 three important things about Jesus that the creed affirms: he is Son, Christ, and Lord.

The Bible speaks of Jesus as “son” in two primary ways: Son of Man and Son of God. Both are important titles that are alike in some ways but also unique.

In one sense, of course, all believers are sons and daughters of God. But not in the same essential sense that Jesus is God’s Son. In fact, John 1:12 tells us that it is only through Jesus’ Sonship (which John 1 and other texts teach us is eternal) that we receive the right to become children of God ourselves.

The word Christ (which means “anointed one”) is a reference to Jesus’ kingship. Like the designation “Son of Man,” the title “the Christ” refers to Jesus’ role as messiah of Israel.

Calling Jesus “the Christ” bestows on him the fulfillment of the Jewish expectation of the coming King, the one sent by God to finally set all to rights, restore the kingdom, and usher in the age of shalom.

But biblically speaking, Jesus’ kingship is not on par with the kings who came before. And while the Jews did not expect that the messiah would be God — a common anachronistic mistake of contemporary Christians — the truth revealed in the new covenant is lurking in the shadows of the old covenant, nonetheless. Throughout the prophets, God promises to be Israel’s king himself. See Isaiah 43:15, Isaiah 44:6, and Isaiah 9:6 for example.

The New Testament connects Jesus’ kingship with his deity as well. Paul in Romans 9:5 tells us that the Christ is God over all. In Hebrews 1:8 we read, “Your throne, O God, is forever and ever,” and this is said to the Son.

When the Scriptures say Jesus is Lord, they are not just saying he is in charge but that he is in charge as God is in charge because in fact he is God (e.g. Hebrews 1:3 “the radiance of his glory and the exact imprint of his nature”). Throughout the Gospels, in fact, references to Jesus as “Lord” include employments of the Old Testament use of the divine name LORD (Yahweh), equating the Great I AM with the incarnate Word.

Faithful Trinitarianism is integral to orthodox Christianity, and the Apostles’ Creed helps us in this regard. They are each distinctly but totally and eternally and simultaneously the one God.

In this way, the Creed is a faithful guide to saving belief. If we would believe in Christ for salvation, we must make sure it is the real Christ we believe in.

The Apostles’ Creed and the Incarnation

“…Who was conceived by the Holy Spirit,

born of the virgin Mary…”

This short phrase encapsulates the doctrine we call “the Incarnation,” which means Jesus Christ was both fully God and fully man. The second person of the Triune Godhead, the eternally begotten Son, inhabited flesh. He was God incarnate.

The Apostles’ Creed doesn’t attempt to explain the logic of this mind-boggling truth, but simply affirms it by reminding us that Jesus had no earthly biological father. The virgin Mary’s pregnancy was accomplished through the power of the Holy Spirit, the promise of which was chronicled in Luke 1:35.

The Jesus was a historical man is beyond (nearly) all doubt. His existence is attested to by ancient historians both religious and secular. Jesus’ humanity is not typically the objection people have to the claims of Christian theology. It is not his birth to a young woman named Mary that so many reject. No, instead, it is Jesus’ divinity that raises the eyebrows and prompts the challenges. But the Scriptures reference the deity of Christ in numerous places (Philippians 2:6, Colossians 1:15, 1 John 1:20, 2 Peter 2:1, Acts 20:28, and John 10:30-33).

Jesus was born of a virgin, the creed maintains. Many skeptics today will counter that “virgin” in the biblical and historical sense may refer simply to a young girl of marry-able age. This is no doubt true. But this is not the sense with which the biblical authors understood “virgin” to mean. Even if Isaiah could not have foreseen the full import of his own Spirit-breathed prophecy (Isaiah 7:14), Matthew’s Gospel gives us the fullness of meaning: “[Joseph] knew her not until she had given birth to a son.”

The biblical evidence for Jesus’ deity is abundant. That many Jews in the first century began to worship him as God ought to give us even more indication that the evidence of his divinity was felt to be quite strong, even overwhelming. But that has not stopped challenges throughout the centuries.

Nevertheless, orthodox Christianity will always stand on Peter’s hell-conquering confession that Jesus is “the Christ, the Son of the living God” (Matthew 16:16).

We will stand on this confession because we know that it is integral to Christ’s gospel. To deny that Jesus was either fully God or fully man is to deny the salvation that Jesus the God-Man has purchased. The Incarnation is crucial to the good news of forgiveness of sins and the gift of eternal life. The reality is this: only man should pay the price for the sins of mankind, but only God could pay the price for the sins of mankind. Thus, in Jesus Christ, the “man should” and the “God could” unite in perfect payment and pure pardon.

Jared C. Wilson is the author of Your Jesus Is Too Safe, Abide, Gospel Wakefulness, and Seven Daily Sins as well as articles and essays appearing in numerous publications. He is the pastor of Middletown Church in Middletown Springs, Vermont, where he lives with his wife and two daughters. Visit him online at www.gospeldrivenchurch.com.