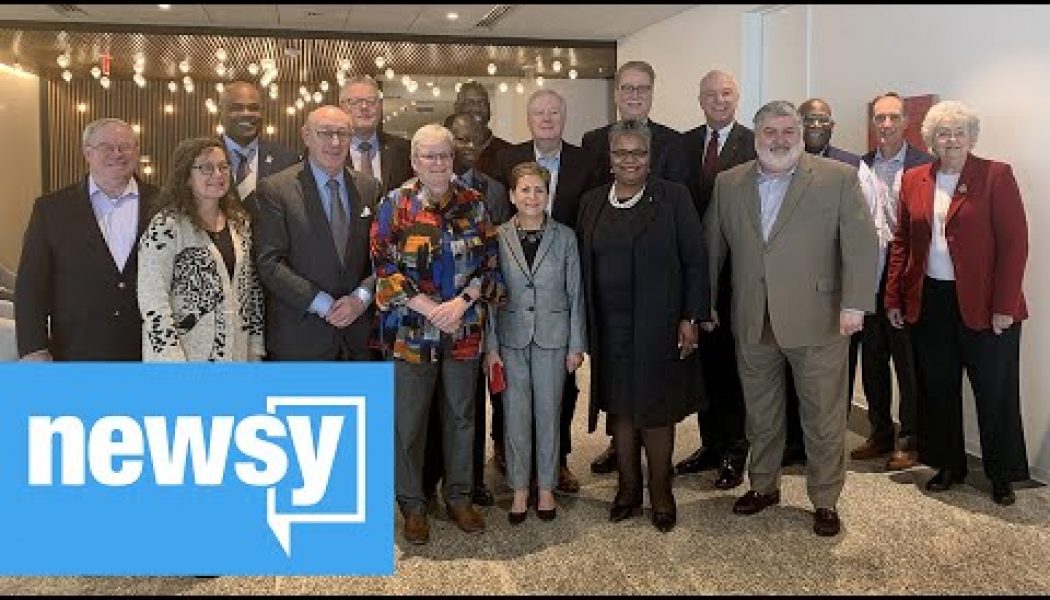 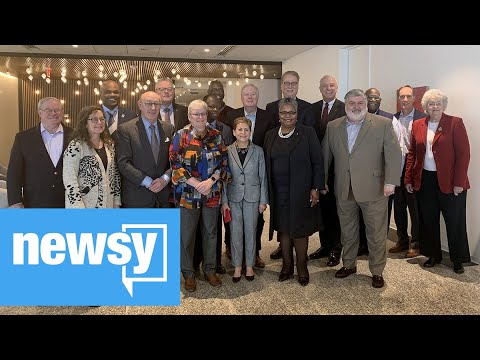 It’s the Methodist question I have heard the most from GetReligion readers (and even locals here in East Tennessee) over the weekend.

I will paraphrase: If the conservatives have been winning the big votes at United Methodist conferences for the past couple of decades, then why are news reports saying that the traditionalists have agreed to “leave the United Methodist Church”?

This is the response that popped into my head a few hours ago after round of news reports, Twitter and online buzz: Basically, I think conservative Methodists have been visited by the Ghost of the Episcopal Future.

Methodist traditionalists are not interested in 50 years of hand-to-hand legal conflict with the entrenched United Methodist principalities and powers. Hold that thought. Meanwhile, I will admit that it’s hard to see the logic of this statement in any one news report. Let’s start with some math from the Associated Press:

Members of the 13-million-person denomination have been at odds for years over the issue, with members in the United States leading the call for full inclusion for LGBTQ people.

The rift widened last year when delegates meeting in St. Louis voted 438-384 for a proposal called the Traditional Plan, which affirmed bans on LGBTQ-inclusive practices. A majority of U.S.-based delegates opposed that plan but were outvoted by U.S. conservatives teamed with delegates from Methodist strongholds in Africa and the Philippines.

By the way: The numbers in that first paragraph are accurate, as opposed to the following circulated by Reuters: “The United Methodist Church lists more than 13 million members in the United States and 80 million worldwide.” That’s way off, but quite a few online and broadcast outlets picked up that error and ran with it.

Accurate math really is important here. So are the doctrines that are at stake, which are much broader than battles over marriage and sexuality (see my two “On Religion” columns about these trends here, and then here).

The key is two realities that are in constant tension. Here in America, the United Methodist establishment is left of center on matters of theology and practice. While it is true that the denomination’s fastest growing churches tend to be in the Bible Belt and other conservative areas (much debate about the relevancy of that), there is no question that the UMC establishment controls the seminaries and the church agencies.

The doctrinal conservatives — especially in Africa and Asia — are making more converts and, to be blunt, having more children than the liberal United Methodists here in North American. They also know that, no matter what they do, their actions will be framed in news reports in terms of the language of the cultural left. See, for example, this from The New York Times ( headline is “United Methodist Church Announces Plan to Split Over Same-Sex Marriage”).

A group of leaders of the United Methodist Church, the second-largest Protestant denomination in the United States, announced on Friday a plan that would formally split the church, citing “fundamental differences” over same-sex marriage after years of division.

The plan would sunder a denomination with 13 million members globally — roughly half of them in the United States — and create at least one new “traditionalist Methodist” denomination that would continue to ban same-sex marriage as well as the ordination of gay and lesbian clergy.

It seems likely that the majority of the denomination’s churches in the United States would remain in the existing United Methodist Church, which would become a more liberal-leaning institution as conservative congregations worldwide depart.

It is accurate, of course, to point to the role that LGBTQ issues played in this dispute. It is inaccurate, however, to argue that this is primary fault line in the dispute. Hold that thought.

Also, instead of noting that these battles and tense votes on doctrine have been taking place since the 1980s, the Times stated that a global split has been:

“… widely seen as likely after a contentious general conference in St. Louis last February, when 53 percent of church leaders and lay members voted to tighten the ban on same-sex marriage, declaring that “the practice of homosexuality is incompatible with Christian teaching.”

Wait a minute. The crucial language that the “practice of homosexuality is incompatible with Christian teaching” was just approved this past February? That hasn’t been the language in church discipline documents for many years before 2019 and affirmed in multiple votes?

But here is the most crucial point. What, precisely, are the “fundamental differences” that the United Methodists involved in these negotiations — leaders from left and right — cited as the cause of the upcoming ecclesiastical divorce? Was it really LGBTQ issues, period?

Consider this commentary from David French (an evangelical Presbyterian) of The Dispatch:

The secular media will cast the divide primarily in the terms it understands — as focused on “LGBT issues” — but that’s incomplete. The true fracturing point between Mainline and Evangelical churches is over the authority and interpretation of scripture. The debate over LGBT issues is a consequence of the underlying dispute, not its primary cause. …

Thus, at heart, the disagreement between the Evangelical and Mainline branches of Christianity isn’t over issues — even hot-button cultural and political issues — but rather over theology. Indeed, the very first clause of the United Methodist Church’s nine-page separation plan states that church members “have fundamental differences regarding their understanding and interpretation of Scripture, theology and practice.”

Ah, there’s the rub. Who wants to put “Scripture, theology and practice” in a news report — especially at NBC Out and similar structures in other newsrooms — when you can blame the whole denominational war over conservatives refusing to evolve on LGBTQ issues?

Who has the time to negotiate all those doctrinal disputes about other issues, like heaven and hell, the basics of salvation and whether alleged events on Easter morning were real, or not? Who has the time to dig into the works of John Wesley, when it comes to biblical authority?

It appears to me that most United Methodists on the theological right and many on the left and center left looked at the bloody history of fighting in the Episcopal Church — decades of expensive lawsuits over sanctuaries, property and trust funds — and decided that they had better things to do right now. The winner-gets-the-church-keys battles in local congregations will be painful enough.

Why embrace the Ghost of the Episcopal Future, when liberal United Methodist leaders and conservative Methodists have a chance to negotiate a painful divorce that lets them get on with their church lives without paying millions and millions to lawyers?

With that in mind, dig into the following tweet-storm by a leading voice on the Methodist right (click to read the whole thing). Has anyone seen a liberal equivalent of this material?