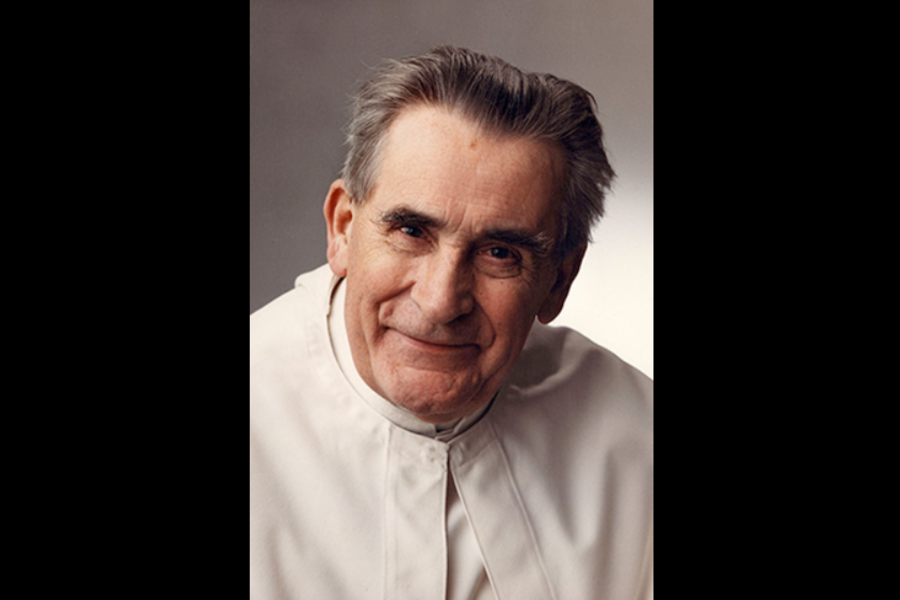 Fr. Van Straaten was accused in the letter of committing sexual assault in 1973 against a 20-year-old woman working for the charity.

The Catholic charity Aid to the Church in Need (ACN) confirmed on Wednesday the existence of a “credible” description of “serious sexual assault” against its founder, Fr. Werenfried van Straaten.

Thomas Heine-Geldern, ACN’s International Executive President, said in a statement on Feb. 10 that the allegation was made against the Dutch priest in 2010.

Fr. Van Straaten, nicknamed “the Bacon Priest,” founded the international charity in 1947 and led it until his death in 2003.

In a statement, Heine-Geldern confirmed the sexual assault allegation published on Feb. 10 by “Christ und Welt,” a supplement of the German newspaper Die Zeit, which obtained a copy of a 2010 letter.

Fr. Van Straaten was accused in the letter of committing sexual assault in 1973 against a 20-year-old woman working for the charity. The letter was sent to the Vatican and several German dioceses.

“The description was credible, even if the question of guilt could no longer be clarified due to the death of Fr. van Straaten,” Heine-Geldern said.

“Those responsible at Aid to the Church in Need followed the practice recommended for the ecclesiastical sector (sic) in Germany for coming to terms with cases of abuse.”

After the allegation became known in the fall of 2010, ACN immediately informed the relevant Church authorities, he explained.

“The initiation of civil action, which was considered at the same time, proved to be impossible, as the accused had already died,” he said.

ACN issued a separate statement, consisting of 27 questions and answers relating to the claims against Fr. van Straaten.

The charity said: “According to files in the archives, we can assume that in 1996/1997 Fr. van Straaten gave money to the father of the person concerned.”

In 2011, the father had denied in writing that this payment concerned a sexual assault on his daughter, saying it was compensation payment for unfair treatment by Fr. van Straaten when he left his position as an ACN employee.

The organization said that it did not immediately go public with the sexual assault accusation because the person concerned had expressed a desire for confidentiality and the relief organization had respected it.

Heine-Geldern also said that no further allegations of sexual violence against Fr. van Straaten were known.

At the end of January, the charity, which was refounded as a foundation of pontifical right in 2011, decided to postpone this year’s annual commemoration of its founder, apparently due to coronavirus restrictions. The service was originally planned for Jan. 30 in Cologne Cathedral.

Between 2009 and 2011, Bishop Manfred Grothe, the then auxiliary bishop of Paderborn, carried out an apostolic visitation of the organization based in Königstein, Germany.

During this period, “a number of people” had attempted to initiate a beatification cause for Fr. van Straaten.

“It was in this context that Auxiliary Bishop Grohe learned of the serious allegations against Fr. van Straaten. He wanted with his letter to immediately put a stop to any possible beatification process,” ACN said in its Feb. 10 statement.

According to media reports, the visitation also found evidence suggesting that the founder had an “intemperate lifestyle,” “significant deficiencies in personnel management,” and a susceptibility to “fascist ideas.”

In its statement, ACN said: “In his writings during the 55 years in which he led the charity (1947-2003) there is no indication of far-right or fascist leanings. On the contrary, Fr. van Straaten condemned all dictatorships and took a strong stance against them.”

Werenfried van Straaten was born in 1913 in Mijdrecht, in the Netherlands. He was ordained as a Premonstratensian priest in 1940. Following the Second World War, he organized donations for the 14 million German civilians displaced from the former eastern parts of the country. He earned his nickname because of his appeal to farmers for bacon to feed the needy.

His charitable work extended to Eastern Europe in the 1950s. Today, ACN oversees more than 5,000 individual projects each year in around 140 countries.

The charity said: “Aid to the Church in Need deeply regrets the grave allegations that have been made. The charity distances itself completely from behavior such as that of which Fr. van Straaten has been accused.”