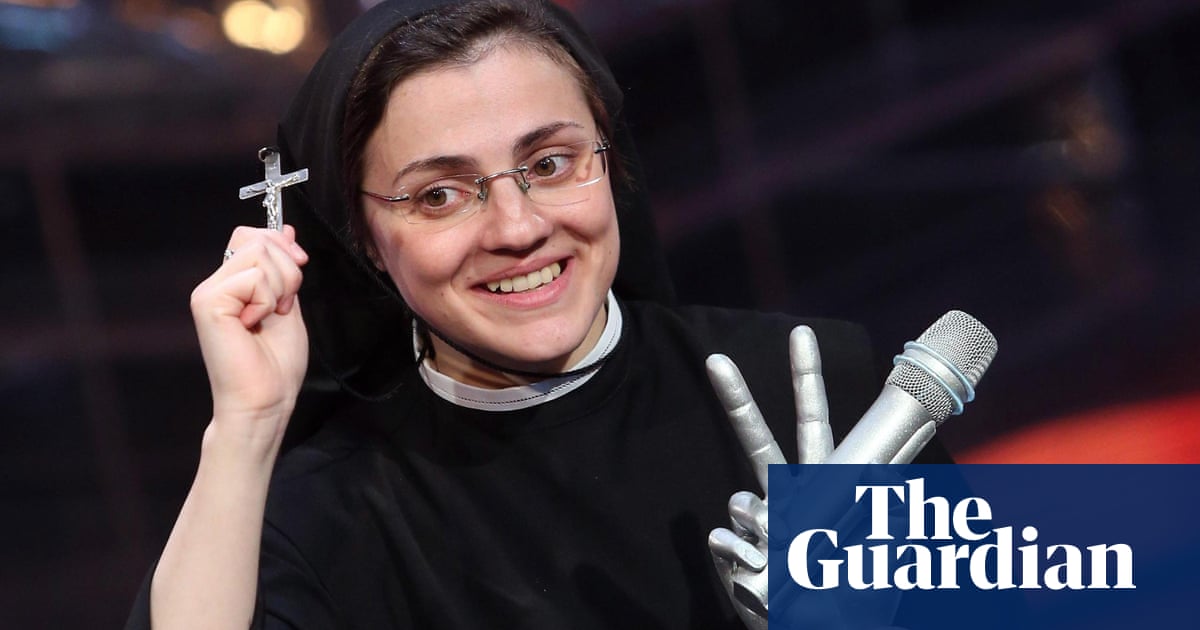 A nun who became a singing sensation after winning Italy’s version of The Voice has stunned TV viewers again after announcing that she has kicked the habit and is now a waitress in Spain.

Sister Cristina Scuccia, from Sicily, shocked judges, including the late Raffaella Carrà, during her blind audition for the show in 2014, giving a rapturous performance of the Alicia Keys’ hit song No One. After realising the incredible voice belonged to a nun, Carrà, who died last year, said: “I couldn’t speak for several minutes.”

Scuccia, who at the time was among the nuns at the Ursuline Sisters of the Holy Family convent in Milan, went on to win the show that summer with her performance of What a Feeling, the theme song from the film Flashdance. She later produced an album, which she gave to Pope Francis, that included a cover version of Madonna’s Like a Virgin.

Her talent even attracted praise from some Italian cardinals, but eight years on Scuccia, 34, announced on an Italian talkshow on Sunday night that she has abandoned the nunhood.

Dressed in high heels and a red trouser suit, with a pierced nose and long dark hair flowing freely, she told the Verissimo programme: “I believe that you need to listen to your heart with courage. Change is a sign of evolution, but it is always scary because it is easier to anchor oneself to one’s certainties rather than questioning oneself. Is there a right or wrong?”

Scuccia said that leaving the nunhood – a decision a psychologist helped her to process – did not mean she had renounced her faith, and that she was still chasing her dream of a career in music.

“I chose to follow my heart without thinking about what people would say about me,” she added. “I took a leap of faith and was worried about ending up under a bridge, I always repeated this to my psychologist.”

Scuccia said she now lived “with a smile” in Spain, where she works as a waitress.

A group of cheerleading nuns were backstage during Scuccia’s audition for The Voice of Italy, and while her participation in the contest was supported by her mother superior, she faced harsh criticism from more traditional factions of the Italian Catholic church, especially when she released Like a Virgin, which was described by Italy’s Religious Information Service as “a reckless and calculated commercial operation”.

“Cristina reached such high levels of fame – she was getting calls from around the world – and also some criticism, which probably left her in a state of confusion,” said a church source.

“Leaving was her own decision, after appearing on TV so much you perhaps lose the compass a little. She was young and under a lot of pressure.”