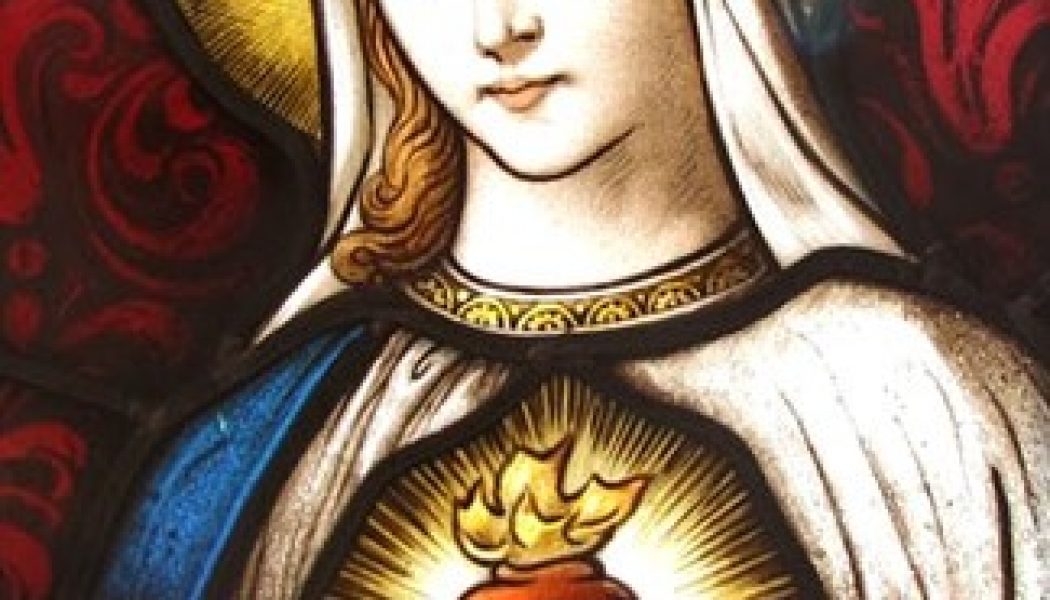 While many Catholics are aware that May is the month dedicated to Our Lady and October has a dedication to the Holy Rosary, fewer will realize that August is specifically dedicated to the Immaculate Heart of Mary—a central devotional theme of the Fatima message.

Even before the Blessed Virgin appeared to the young seers, Jacinta, Francisco and Lucia, they already had an inkling of this devotion in the mysterious words of the Angel of Portugal, during his first apparition in the spring of 1916. He taught them the Pardon Prayer, and when this was finished he said, “Pray thus. The Hearts of Jesus and Mary are attentive to the voice of your supplications.”

Later, in her memoirs, Lucia said that these words were so powerful that they were engraved on their minds to such an extent that they could never forget them. Therefore, she and her cousins did everything they could to pray earnestly to the Two Hearts, intuitively recognizing that this is a devotion which has a very important role in the life of the Church.

During the second apparition, on June 13, 1917, the Blessed Virgin told Lucia that God wished to establish devotion to her Immaculate Heart throughout the world, a point she repeated during the July apparition. She then promised salvation to whoever embraced this devotion, to the extent that such souls would be dear to God, like flowers put by her to adorn His throne.

This statement in itself shows the endpoint and wonderful reward that we can expect if we truly adopt this devotion, that is, a cherished place in heaven.

Our Lady also promised Lucia that her Immaculate Heart would be her refuge and the way that would lead her to God. This, of course, also applies to anyone who takes up this devotion. And so, in all the trials and tribulations of this world, we too can have a secure refuge in Mary’s Immaculate Heart.

During the July apparition, the Blessed Virgin taught the children the Sacrifice Prayer, which is to be used when making a particular sacrifice: “O Jesus, it is for love of You, for the conversion of sinners, and in reparation for the sins committed against the Immaculate Heart of Mary.”

Here we have the idea that not only is the Blessed Virgin’s heart a refuge for us, but also that it is deeply pained by mankind’s sins, and that, through sacrifices, we can make reparation for the sins committed against the Immaculate Heart of Mary.

Our Lady also spoke of the consecration of Russia to her Immaculate Heart during this apparition. We are all now aware of the great power of the collegial consecration, which was made in 1984 by  St. John Paul II in response to this request, and of how it led to the collapse of Communism in Russia and Eastern Europe.

This is clearly a tremendously powerful devotion, but it is all too easy to regard it as just another religious practice, and not really take it to heart.

If we already have a devotion to Mary’s Immaculate Heart, then we should aim to deepen this devotion; if not, then we can resolve to take it up. The month of August, with its dedication to the Immaculate Heart of Mary, is the ideal time to do this.

Maybe we could resolve to read five or six pages a day from Sister Lucia’s memoirs Fatima in Lucia’s own words, and go in spirit on a pilgrimage to Fatima, and so initiate or renew our own personal devotion to Mary and her inspiring message of peace. We could also resolve to do five consecutive First Saturdays in 2020, August – December, and continue the practice beyond.

We can also say the Litany of the Immaculate Heart of Mary (https://worldfatima-englandwales.org.uk/fatima-prayers/) each day—slowly—and linger over some of the expressions. This Litany was composed by St. John Henry Newman.

If we go back in history, we can see a link between devotion to the Hearts of Mary and Jesus, which really began to come to prominence at the time of St, John Eudes in the 17th century.

But it was not really until the after the revelations concerning the “Miraculous Medal” made to St. Catherine Labouré in 1830, and the establishment of a society dedicated to the Immaculate Heart of Mary at the Church of Our Lady of Victories in Paris, in 1836, that this particular devotion became really well known.

Devotion to Mary’s Immaculate Heart is really concerned with the love that her heart has for Jesus, for God, and so it is not an end in itself, but rather meant to be a model for the way we should love God. As in all things Marian, she leads us closer to God, rather than becoming an obstacle in our way. The fact that her heart is immaculate, that is, sinless, means that she is the only fully human person who is able to love God in the way that he should really be loved.

Honoring Our Lady’s Immaculate Heart is another way of honoring her as the person who was chosen to be the Mother of God, thus recognizing her extraordinary holiness and immense love she bestowed on Jesus as His mother. But also, as the person called to share in and cooperate with His redemptive sufferings.

The whole aim of this devotion, then, is to unite mankind to God through Mary’s heart, and this involves the ideas of consecration and reparation.

A person is consecrated to Our Lady’s Immaculate Heart as a way of being completely devoted to God. And because love and devotion shown to the Blessed Virgin are referred by her to God, it follows that acts of reparation for sin directed to her also apply to God, especially when we consider how closely united the hearts of Jesus and Mary were and are.

And so, given all the above, we can be certain that this devotion is sure and trustworthy.

Coming back now to the July apparition at Fatima, the final promise of Our Lady was that in the end, her Immaculate Heart would triumph, and that a period of peace would be granted to the world.

We can help to bring about this triumph through our Rosaries and through the practice of the Five First Saturdays devotion, and these, too, are excellent ways to fittingly honor the Blessed Virgin during this coming month.

Donal Anthony Foley is the author of a number of books on Marian Apparitions, and maintains a related web site at www.theotokos.org.uk. He has also written two time-travel/adventure books for young people, and the third in the series is due to be published next year – details can be seen at: http://glaston-chronicles.co.uk