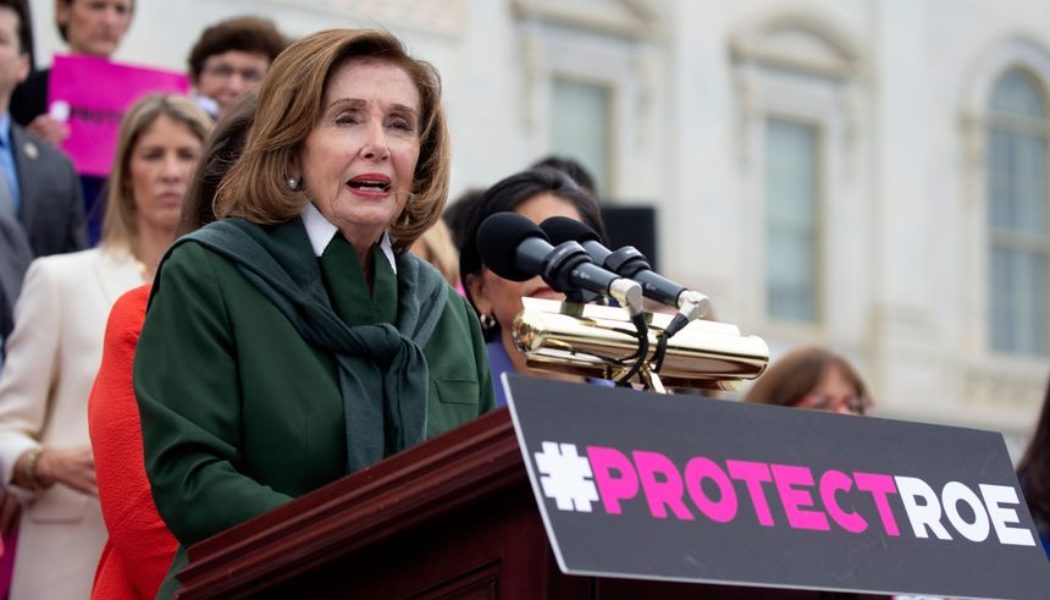 San Francisco’s Archbishop Salvatore Cordileone said Friday he would bar House Speaker Nancy Pelosi from receiving communion in her home diocese. Mrs. Pelosi, a Catholic, has been at the center of a Democratic push to codify abortion protections in federal law after a draft Supreme Court decision overturning Roe v. Wade leaked this month. She has spent decades framing her political career as an expression of her faith, all the while working to expand abortion access in defiance of Catholic doctrine.

In a letter to Mrs. Pelosi, Archbishop Cordileone said he had previously discussed with her the church’s teaching on the immorality of abortion. The archbishop said eventually Mrs. Pelosi stopped taking his calls. He felt the time had come to make a decision about the spiritual consequences of Mrs. Pelosi’s sacramental life, both for her sake and for the good of his flock. His friends say he was reluctant to do it.

In Catholic theology, the Eucharist is the sacramental presence of Christ’s own body and blood. It is also an expression of the unity of the Church. Since the first centuries of Christianity, communion has been accessible only to those believers living under the authority of their bishops and in obedience to Catholic doctrine.

Everybody sins, but there is a difference between struggling to get things right and publicly rejecting that struggle altogether. Church law says a Catholic “obstinately persevering in manifest grave sin” should not be offered communion because incoherence between life and practice causes spiritual harm.

Archbishop Cordileone isn’t the first American prelate to bar a Catholic politician from the sacrament. Illinois’ Bishop Thomas Paprocki banned two lawmakers over a state abortion bill in 2019. But state legislators don’t have the same stature as the Speaker of the U.S. House of Representatives.

At their annual meeting last year, U.S. bishops debated how to handle pro-abortion Catholic politicians. Most agreed with Archbishop Cordileone that at a certain point the scandal of abortion advocacy requires a concrete sacramental response. Some theologically liberal bishops consider Archbishop Cordileone’s position to be “anti-Francis.” But Pope Francis himself said last year that while bishops should work as pastors with pro-abortion politicians for a change of heart, such lawmakers “cannot take communion, because they are out of the community.”

The focus now shifts to how other bishops will react. Bishop Robert Vasa of Napa Valley, where Mrs. Pelosi has a vacation home, said Friday that the San Francisco ban will apply when she is in his diocese. But it isn’t likely that Cardinal Wilton Gregory of Washington, D.C., will uphold the ban. He has compared the prospect of sacramental discipline to a “gun on the table” during dialogue with pro-choice politicians. But dialogue is not always fruitful. And on major moral issues, such as abortion, euthanasia and the death penalty, politics have lasting spiritual importance.

Mr. Flynn is editor and co-founder of Pillar Catholic.