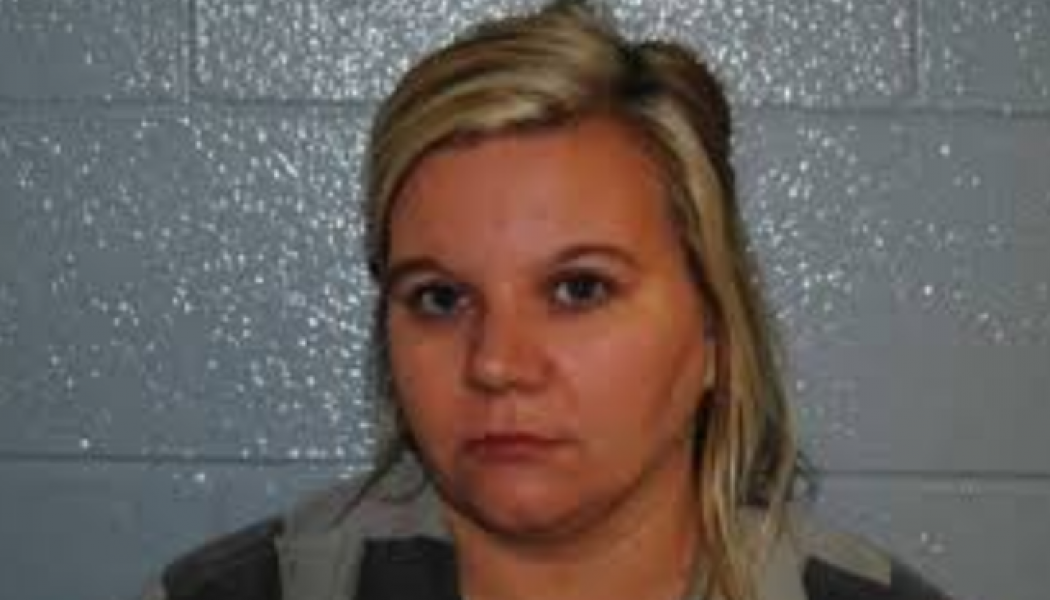 A 35-year-old Tennessee woman is behind bars for allegedly having sex with a 16-year-old boy she met at church.

Courtney Michelle Bingham was arrested on Dec. 4 after allegedly sending nude photos to the teen she met at Bethany Baptist Church in Loudon, Tennessee, where she served as a youth leader.

“She chaperoned him at several church events,” Detective Sgt. Jason Smith of the Loudon County Sheriff’s Office told the Knoxville News-Sentinel. “She was actively involved with the youth.”

Bingham faces charges of aggravated statutory rape and soliciting sexual exploitation of a minor. She is being held at the Loudon County Jail in Lenoir City, Tennessee, in lieu of bond totalling $57,500 for both counts. Her next court appearance is scheduled April 3.

According to local media, both Bingham and the boy told police they had sex but disagreed about how many times. Authorities believe the pair began communicating over the summer but that nothing inappropriate happened until November.

The News-Herald in Lenoir City said Bingham served the past four years as family activities coordinator at Bethany Baptist Church.

“You just don’t think about this kind of thing going on in your Christian church family and certainly we loved her and considered her a special part of what we did here,” Pastor Rick Harrell told the newspaper. “She was faithful to the church, always had a bubbly attitude. The young people loved her, were drawn to her.”

News of the arrest coincides with an investigative report by the Fort Worth Star-Telegram documenting hundreds of sex abuse allegations involving independent fundamental Baptist churches around the country.

Bethany Baptist Church is affiliated with the Southern Baptist Convention, a separate Baptist movement with abuse problems of its own.

This summer the SBC passed a resolution acknowledging “an obligation to implement policies and practices that protect against and confront any form of abuse” after a string of denominational leaders left jobs under suspicion of sexual misconduct.

Two studies – one commissioned by SBC President J.D. Greear and the other by the International Mission Board – are looking into ways to help the denomination better respond to abuse allegations. They come on the heels of the arrest of a former missionary who slipped through the cracks after being fired to continue his ministry in Southern Baptist churches and a Baptist state convention and the firing of a seminary president accused of mishandling rape allegations.

Mark Aderholt, who resigned in June as associate executive director of the South Carolina Baptist Convention, was arrested July 3 for allegedly sexually abusing a 16-year-old girl while serving as her youth minister in the 1990s. His case is expected to go soon before a grand jury in Texas, where he faces possible felony indictments.

“This appointment makes certain that female students and staff have someone to whom they can express any concerns — without fear of having to discuss matters inappropriately with a male administrator or member of the faculty,” seminary president Albert Mohler said. “It just makes sense that we would provide this kind of support for all the women on this campus.”

In August the Baptist General Convention of Oklahoma settled a lawsuit over the rape of a 13-year-old girl attending church camp at Falls Creek Baptist Conference Center in 2016.

In recent days a volunteer at NewSpring Church in South Carolina was arrested after allegedly molesting numerous preschool boys left in his care while their parents attended worship. The suspect, 28-year-old Jake Hazlett, had previously attended other multi-site SBC churches that don’t use “Baptist” in their name, where he also had access to children.

A decade ago Southern Baptist leaders recommended against establishing a database of convicted, confessed or credibly accused sexual predators and an independent review board to receive and evaluate abuse allegations, saying the denomination lacks authority to hold churches accountable for whom they call as a minister.