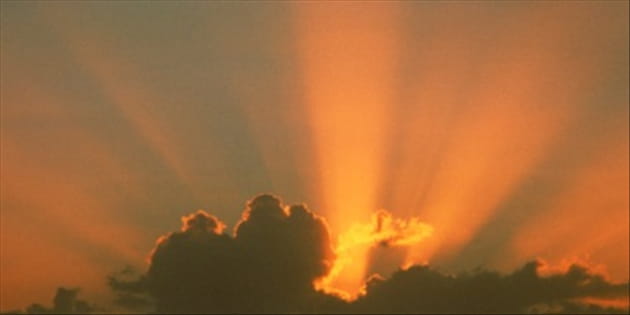 Philosopher Bertrand Russell said, “There is no reason to suppose that the world had a beginning at all.” The poverty of Russell’s thought begins not with the idea that all things must have a beginning but his own failure to see the value of that beginning.

The account of God’s creating the world comes first in the biblical record for greater reasons than explaining how the world came into being. The Creation is the opening act of God’s redemptive play. The Creation introduces the reader to the key players in this great drama. It sets the theological stage upon which the rest of history will be played out.

Consider the following five key elements of the beginning:

He is God alone. He needs no help to create.  He requires no consort as did the gods of the Canaanites. Instead, God operates according to His own will and creates according to His own great power. Moreover, this verse tells us that God is preexistent. He was before the universe. He was before time. He created them both. He created them ex nihilo, out of nothing – no big bang, no primordial soup, just God, His divine imagination, and His boundless power. Now that’s a God worth worshiping.

Bound up in one short sentence is the majesty of God’s character. If there was a beginning, there must be a God, a Creator who exists independent of the creation. By denying a beginning, man denies God His claim to authority and character.

2. In the beginning the Trinity is invoked. Moses laid the ground work for later theological development. He writes of “the Spirit of God … hovering over the face of the waters” (1:2). This Creator God is unlike any other god. He is plural in Person yet One in nature. He is transcendent and He is imminent.

Later God would announce His determination to create mankind according to the plural image, “according to our likeness” (1:26). While scholars point out that any idea of the Trinity would have been foreign to Israel, the value of man according to Genesis 1 is determined by his creation in the image of God not the image of an angel. Taking into account the idea of progressive revelation, we find the first hints at Trinitarian theology in the beginning.

The New Testament further adds to our understanding of the Trinitarian involvement in the Creation. John 1:1 speaks of the Word being with God “in the beginning” because He “was God” and the Creator of all that was created (John 1:3). As such, with the Apostles, we interpret the Genesis account in Trinitarian terms. To deny the supernatural in the Creation is to deny the Trinity – a thought that is unacceptable and unchristian.

God superintended every step of the Creation and He did so according to His own time line. That which God began, He completed. He did not create a partial, imperfect world. He did not wind the world up and hope it turned out as planned. God created what He wanted, how He wanted, when He wanted. And, it was “good” because God created it.

Moses’ account of the universe’s beginning does not end there. The creation isn’t the end; it is just the beginning. The story Moses is about to tell is greater than the stage that he has set. God did what He did for a purpose.

Every step in the creative process pointed to and prepared the way for God’s greatest creation. He created a world in which man would live. He provided the foods man would need. All those things, God said, were good. When the time was right God created man. More than that, they are created in God’s image, meant to be a human reflection of His divine goodness, His ambassadors here on earth. As such, man is more than an apex animal as evolution suggests. He is the apex of the creation itself. Everything has been done for this purpose.

With the creation of man, Creation was complete. God surveyed His masterpiece and pronounced it “very good.” No other response was possible as the creation, like man, reflects its Creator.

5. In the beginning the end is in sight. With His work finished, God rested. The seventh day, anointed blessed and holy by God, set the pattern for Jewish life and worship throughout the rest of the Old Testament as they followed His example. Christians, too, have applied the principle, if not the law, of the Sabbath to the Lord’s Day.

Yet, such a reading of the final words of the Creation account seems incomplete. The wonder and the majesty of it all are lost, if the seventh day becomes little more than a holiday. On the other hand, if the message of the Sabbath rest is seen in light of the Creation itself, it takes on a greater meaning. God rested, not because He was tired but because His work was complete. He had created that He might be known and worshiped.

The rest of history has been the outworking of God’s plan. The Fall, the Flood, the Covenants, they’re all part of this great drama. Just as man, created in the image of God, was the height of the creative process, God sent His Son, the God-Man, the perfect image of God, to restore order, to renew hearts, to create new worshipers. Those that trust in Him will rest from their labors. What God began will be complete when God’s people find their rest in Him. This is the end to which the beginning pointed.

Thus, the Creation account is more than a myth. It is greater than a metanarrative. The Creation is the beginning of God’s greatest work in the universe, the redemption of mankind. Ignore the beginning and you’ll miss the end. For without the beginning, there would be no end.

Peter Beck is Assistant Professor of Religion and Director of the Honors Program at Charleston Southern University in Charleston, South Carolina. He is the author of the voice of faith: jonathan edwards’s theology of prayer. Follow him on Twitter @drpeterbeck.