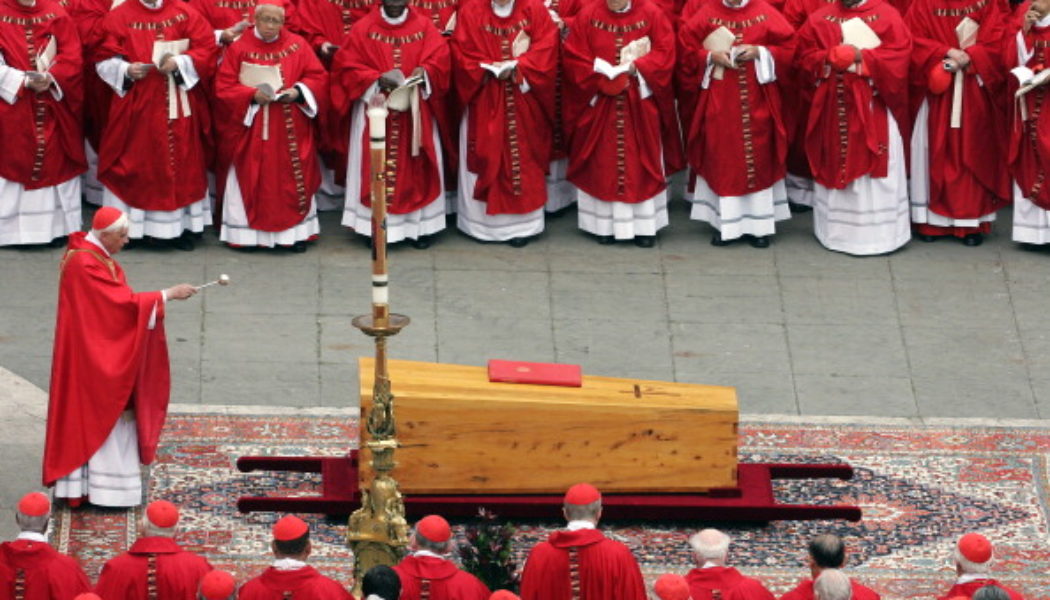 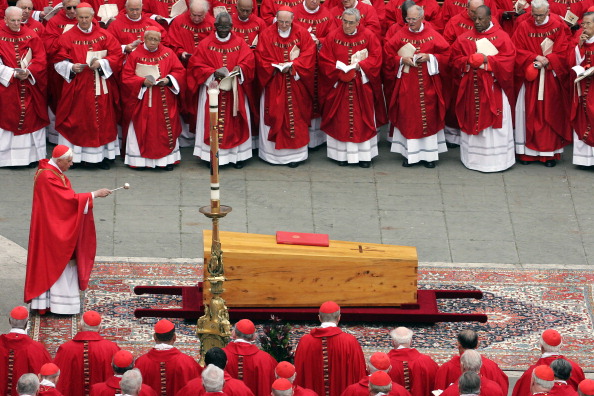 COMMENTARY: The funeral rites follow from the novelty of the Pope Emeritus’ abdication in 2013, which was an utter innovation in the entire history of the Church.

The death of Pope Emeritus Benedict XVI brings that rarest of all things — a true novelty for a bi-millennial Church. How to conduct obsequies for a former pope who died in full harmony with his successor?

The Holy See has indicated that Benedict will lie in state in St. Peter’s Basilica for three days, Monday to Wednesday, with the funeral being conducted by Pope Francis on Thursday morning. Benedict will be buried in the crypt of St. Peter’s, likely in the place previously occupied by St. John Paul II.

A Funeral Without Precedent The novelty of Benedict’s funeral is that the current Holy Father will be preaching for his predecessor. There will be a faint echo here of 2005, when Cardinal Joseph Ratzinger preached at the funeral of John Paul, but at the time Ratzinger was not yet elected pope himself.

The funeral rites follow from the novelty of the abdication in 2013. It was an utter innovation in the entire history of the Church — no pope had ever resigned on the grounds of “diminishing strength.” All previous resignations had been to resolve crises over the legitimacy of the pope — or “antipope.” No such crisis has been at hand in recent centuries.

The only quasi-precedent was that of St. Celestine V, who reigned as pope for five months in 1294. The elderly monk had been elected after writing to the cardinals who had not managed to elect a pope for more than two years, a true crisis. Upon receiving his letter, the desperate and floundering cardinals promptly elected him, grasping at a solution, no matter how strange. He recognized as much, and only great ecclesial and political pressure persuaded him to accept. The bizarre election brought an ill-suited man to Rome; five months later he resigned.

Far from residing tranquilly in a Roman retirement, like Benedict XVI would 700 years later, Celestine V was imprisoned by his successor and died under house arrest in 1296. He was not granted a papal funeral and was not buried in Rome.

Thus Benedict XVI’s case is singular. He is much beloved by many in the Church, and the ranks of those who admire him reach far beyond those who love him, indeed well beyond the boundaries of the Catholic Church.

In the Shadow of John Paul

The funeral of Benedict will call to mind one of the great public moments in the recent history of the Church, the funeral of John Paul, at which Cardinal Ratzinger was the celebrant and homilist. Most papal funeral homilies evaporate into the Roman air; Cardinal Ratzinger captured the life of John Paul with his customary brilliance. The preacher who had moved congregations for more than 50 years with the power of his words and the clarity of his images left the world with an image of perseverance and hope — a silenced and stricken John Paul going from the window of the Apostolic Palace to the window of the Father’s house, where Cardinal Ratzinger implored his blessing one last time.

“After the great John Paul,” were the first words Benedict XVI spoke after his election, appearing on the balcony of St. Peter’s. He understood himself to be coming after the one Pope Francis has called “John Paul the Great,” and thus his pontificate was, despite its significant achievements, something of an extension of his predecessor.

So, too, the funeral will most certainly be a papal funeral, but a simpler one, in the same way that Benedict thought of himself as “simple worker in the vineyard of the Lord” — the words he chose to describe himself upon election — coming after the history-changing John Paul.

If Benedict is indeed laid in the same tomb where John Paul was previously buried, it will be the final unifying symbol of a remarkable 35-year pontificate, as it were, in two acts.

The Challenge for Pope Francis

Benedict’s homily for John Paul changed expectations for a papal funeral. What will Pope Francis say? The easiest path would just be to quote Ratzinger/Benedict at length and leave it at that! But that would not be fitting.

Pope Francis knows well and will resist the temptation to canonize the late pope emeritus, while also recognizing the greatness of Benedict as a servant of the Church as priest, scholar and pastor. The Holy Father has spoken of Benedict XVI often with great affection, esteem and admiration, so there is no doubt that he is able to convey, on behalf of the entire Church, his love for him.

But will he? Pope Francis has a homiletic style that may prove a challenge on for him on this occasion. The Holy Father prefers to take up themes from the biblical readings, with minimal comment on the occasion at hand. His canonization homilies — including those for Popes John XXIII, John Paul II and Paul VI — only contain a few scant lines about the new saint. He has even preached at canonizations where he has not mentioned the new saint at all. Such rhetorical reserve on this occasion could be interpreted as lacking for Benedict’s funeral.

Pope Francis would be wise to look for guidance to his fellow Jesuit, Father Federico Lombardi, who served as papal spokesman for Benedict and is a custodian of his legacy as head of the Ratzinger Foundation. His obituary for his friend was fulsome, fair and faithful to who Benedict was and what he accomplished. Pope Francis certainly feels the same way.

Expert hosting reviews and advice. Rank page #1 and start getting traffic instantly with our secret video ranking cheat sheet. It is important to know that there are many different types of real estate buyers lists available.