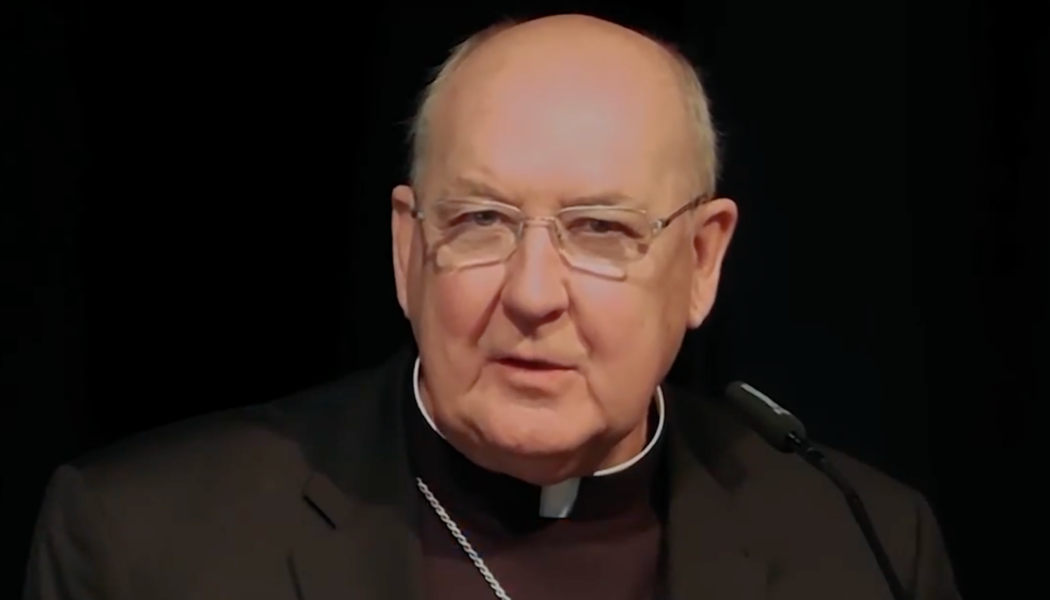 Cardinal Kevin Farrell has written to the interim leader of the Communion and Liberation movement, urging an end to “broad dissent” among its senior members, who have reportedly pushed back on Vatican interventions in the movement’s governance.

The letter comes amid disagreement among some members of the ecclesial movement over the selection of its future leader, and several years of Vatican engagement on the subject.

Farrell, prefect of the Dicastery for Laity, Family, and Life, wrote to Davide Prosperi on June 10, offering a pointed rebuke to unnamed “influential members” of the movement, whom the cardinal said were promoting “false doctrine” in relation to the movement’s governance and charism.

Members of the movement told The Pillar that the issue has been overblown, and mostly concerns personality clashes within CL, rather than theological or ideological disagreement.

Farrell’s letter confirmed Prosperi’s appointment as the movement’s leader for a full five-year term — canceling an expected election for the leadership of the ecclesial movement. Prosperi has served as interim president of CL since the resignation of its previous leader, Fr. Julián Carrón, last year.

In November 2021, Carrón said he was stepping down “to favor that change of leadership to which we are called by the Holy Father” after Farrell’s department issued a decree calling for regular changes of leadership in all ecclesiastical movements. Carrón had led the movement since the death of the movement’s founder, Fr. Luigi Guissani.

Prosperi was appointed the movement’s interim president to help oversee a reform of the movement, its statutes, and the election of a new president.

But in his letter earlier this month, a copy of which was obtained by The Pillar, Farrell said he had decided on a different direction, after concluding the membership could not be relied upon to elect a suitable leader.

“First of all, I would like to specify that the doctrine of the ‘succession of the charism’ proposed and nurtured during the last decade within CL by those in charge of management… is seriously contrary to the teachings of the Church,” Farrell wrote.

The cardinal said that there was within CL “an undue and misleading attempt at appropriation and personalization of the charism by those who have the role of guide; from this would derive a self-referentiality that is not admissible in the Church,” — amounting to the idea that the president of the movement personally inherited the mantle and authority of the founder.

Communion and Liberation is formally a lay association of pontifical right, but is most often described as an “ecclesial movement,” an is based upon the spirituality and catechetical method of Fr. Luigi Guissani, who was a Milanese priest.

When he began teaching high school in the 1950s, Guissani urged students to judge the veracity of the Church’s claims by the experience of their own lives, and emphasized that Catholic life and doctrine is predicated upon experiencing the Incarnation of Jesus Christ as an event, and, indeed, the central moment of history itself.

Communion and Liberation encourages Christian friendships, emphasizes engagement with culture, and aims to foster wonder at the mystery of the Incarnation among both Catholics and non-Catholics.

The movement was approved in 1982 as an association of the faithful, and has a global footprint, with Catholics attending CL “Schools of Community” in countries around the world. The movement has spawned a religious institute of women, a clerical society of apostolic life, and Memores Domini – a branch of “consecrated” men and women.

In 2020, Memores Domini was placed by Farrell’s dicastery under the care of  Fr. Gianfranco Ghirlanda, SJ, a senior canon lawyer, after Farrell said the association had been slow to make needed reforms to its governing documents. The next year, Pope Francis appointed Archbishop Filippo Santoro of Taranto, Italy – who had longstanding affiliation with the CL movement – to assume governance of the association, with Ghirlanda still tasked with a canonical reform of its governing structures.

After Giussani’s 2005 death, Carrón was elected, then reelected twice, to serve as president of the movement, in line with statutes approved by the Dicastery for Laity, Family, and Life — and was the candidate known to be personally favored by Giussani.

When the dicastery decreed in 2021 that leaders of ecclesiastical movements had to be elected for five-year terms, and could serve only two consecutive terms, Carrón resigned to ensure that the election of his successor “takes place with the freedom that this process requires.”

Since then, members of CL told The Pillar, senior members of the movement have been divided over Carrón’s leadership, with some arguing that as Giussani’s designated successor, the movement should defer to his choice regarding its future direction. Others called for more open elections.

In his June 10 letter, Farrell said that an election to replace Carrón would not take place. Instead, the cardinal wrote that he was confirming Prosperi to serve a full five-year term as president. The move was “necessary to foster a stability that can lead the fraternity to face the problems it has within it.” Farrell said.

Of key concern, wrote Farrell, was the idea that a particular individual — presumably Carrón —  could inherit personal responsibility for determining the future of the movement in line with the founder’s original intentions.

“The teaching of the succession of the charism and resistance to the provisions of the ecclesiastical authority” is being prompted among some of the leadership of CL, the cardinal wrote.

Farrell’s letter evoked Ghirlanda, who has reportedly emphasized to CL members that “All those who receive the call to live according to this charism are invested with the same responsibility to live it, guard it, deepen it and develop it in harmony with the Church universal.”

“Therefore,” Farrell wrote to Prosperi, “I beg you to see to it that appropriate training on the theme of charisms in the Church is promoted as soon as possible among all members of the association and to stop any action aimed at promoting this false doctrine among the members of CL.”

Farrell’s letter alleged a number of problems within CL’s leadership, including “a climate of distrust of the Church and resistance to its indications; a strong personalism; internal divisions and manipulative logic; [and] a broad dissent regarding the interventions and decisions of ecclesiastical authority.”

“All this inexorably compromises the awareness of the mistakes of the past, immobilizing the profound rehabilitation of ideas, principles and practices repeatedly requested by ecclesiastical authority,” Farrell said, and required that the Vatican act to appoint Prosperi to serve a full term as president instead of holding an election.

Beyond the issues of who has primary responsibility for fostering the movement’s charism, Farrell did not offer any detail about the apparent “past mistakes” by the movement’s leadership.

But the cardinal insisted that CL leaders must “welcome with docility and ecclesial spirit the invitation of the Church to recognize the problems and to review teachings, practices, methods of governance and forms of organization of internal life which have proved inadequate or even harmful.”

“Without a serious awareness of these limits,” said Farrell,” it is “impossible” to “foresee free and responsible elections” in line with CL’s statutes.

But some members of CL told The Pillar that Farrell’s letter was an “over-amplification” of a clash of personalities within CL’s leadership.

One senior member, who spoke on condition of anonymity, said that there was no question of a “doctrine” of spiritual succession within CL. “This is just a question of those who want to stay close to the memory of Giussani, and look to the person he nominated,” they said.

“There are personality clashes, and some letters have been written to Farrell by senior people in Milan about this, but this response is hyperbolic,” they said. “There is no ‘liberal’ or ‘conservative’ fight, just the ordinary human reality of a movement having to find its way of life after the founder dies.”

Cardinal Farrell has led the Dicastery for Laity, Family, and Life since 2016. In addition to his role as prefect, Pope Francis named him as cardinal camerlengo in 2019, placing him in charge of organization of the next papal conclave and the running of the Vatican during a papal interregnum.

Before his Vatican roles, Farrell served as Bishop of Dallas from 2007-2016, previously serving as auxiliary bishop of Washington, DC, and vicar general and moderator of the curia under then-cardinal Theodore McCarrick. He began his priesthood as a member of the Legionaries of Christ, the order founded by the now-disgraced serial sex offender Marcel Maciel.