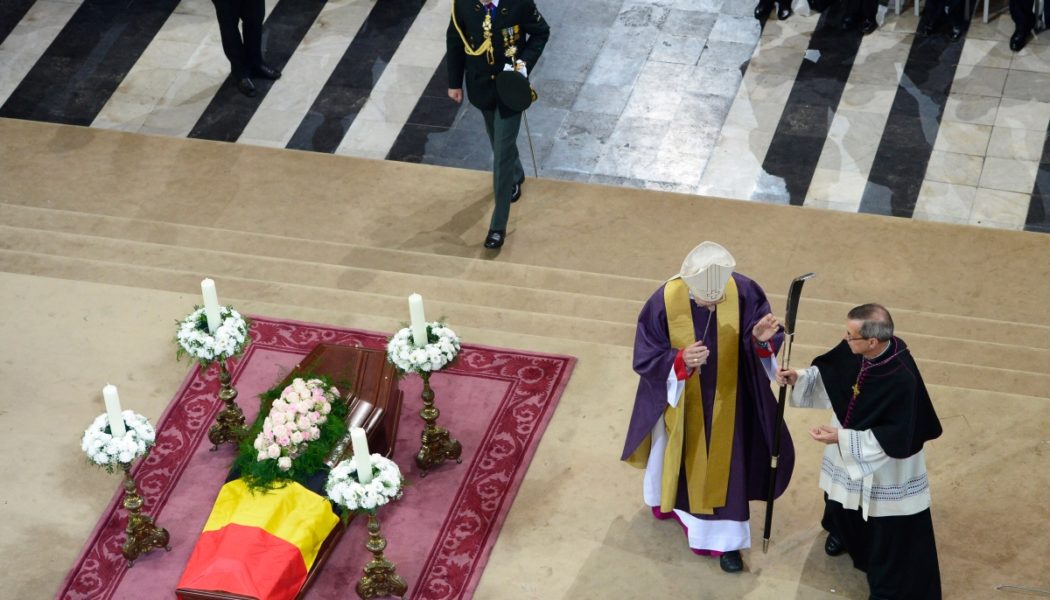 ROME – Even before Pope Francis stages his latest consistory on Aug. 27, inducting 20 new members into the Catholic Church’s most exclusive club, the event has managed to make news – in this case, not so much for the new cardinals who’ll be there, but the one erstwhile cardinal-designate who won’t.

This past Thursday, the bishops’ conference of Belgium announced that the 80-year-old former Bishop of Ghent, Lucas Van Looy, had obtained permission from Pope Francis to refuse his appointment as a cardinal, which the pontiff had announced during his traditional Sunday Regina Caeli address on May 29.

The reason for the withdrawal is that Van Looy’s record on the clerical abuse scandals has come under fire, and, inevitably, making him a cardinal therefore would be seen as insensitive and offensive to abuse survivors.

There are a handful of unanswered questions about the story, but the biggest take-away is this: Whether he meant to or not, Pope Francis has done a favor to the cardinals who will elect his successor, whenever that moment may come, by reminding them that whoever they choose must have a clean bill of health vis-à-vis the abuse scandals, or the next papacy will begin under a cloud that may never abate.

Van Looy himself, we should be clear, was never a serious candidate for the top job. For one thing, he was among the “honorary” picks by Pope Francis, meaning a cardinal already over the age of 80 and thus ineligible to take part in the next conclave.

However, if even a relatively symbolic appointment can generate such a ferocious reaction, just think what the blowback would be if the honor were infinitely greater, i.e., the papacy itself.

To briefly recap the bill of indictment against Van Looy, who was appointed to Ghent in 2004 and resigned in 2019, he’s accused of several failures on abuse cases.

In 2005, Van Looy reportedly paid $25,000 to a victim of a Belgian priest named Father Omer Verbeke but did not notify civil authorities of the fact that Verbeke continued to run an orphanage in Rwanda until 2014, when the accusations against him became public.

In 2007, Van Looy assigned another unnamed Belgian priest who’d been found guilty of sexually assaulting a minor in 1994 to a new parish. When the case was reported by local media in 2010 Van Looy defended the decision: “After much deliberation, we decided that we could give him another chance,” Van Looy said. “There were also no new allegations. He has made mistakes, but they are in the past.”

In 2010, testifying before a Belgian parliamentary committee on sexual abuse, Van Looy acknowledged that he had not reported six complaints against priests to civil authorities, saying their cases seemed “less pressing” because they had all retired. It’s not clear whether Van Looy forwarded those complaints to the Vatican’s Congregation for the Doctrine of the Faith, as he was obliged to do under the terms of a 2001 motu proprio from Pope John Paul II.

In 2013, Van Looy, who’s also a member of the Salesian religious order, was aware of a decision to allow another Belgian priest named Father Luk Delft to accept an appointment in the Central African Republic with the global Catholic charity Caritas, despite the fact that Delft had been convicted in Belgium the year before on two counts of child abuse and possessing child pornography. In the CAR, Delft was accused of two additional acts of abuse.

All this is on top of the fact that critics say Van Looy favored two controversial groups within the Belgian church, Het Werk (“The Work”) and Blauwe Zusters (“Blue Sisters”), both of which have been accused of abuses of conscience and authority.

Presumably, none of this was why Francis chose to bestow a red hat on Van Looy, who was tapped by the pope to a leadership role in Caritas in 2015 and was also named one of the pope’s personal delegates to a 2018 Synod of Bishops on Youth. Most likely, Francis wanted to offer a sort of “thank you” to Van Looy for those past services.

Still, the troubling part of the story is that everything noted above about Van Looy’s record on the abuse crisis was available to anyone with access to Google; indeed, the Delft story was given prominent coverage by CNN in 2019 under the headline, “The case of the predator priest.”

Van Looy is not the only cardinal-designate in this latest crop to have a debated past.

Bishop Oscar Cantoni of Como in northern Italy also has drawn criticism for his role in a pre-seminary sponsored by the Como diocese, previously located on Vatican grounds until it was moved by Pope Francis, in which abuse allegedly occurred. Cantoni was summoned to testify before a Vatican tribunal in February 2021 in the case, among other things about his role in ordaining one of the alleged (but eventually acquitted) abusers to the priesthood.

The court found that while there was clearly a sexualized atmosphere in the pre-seminary, it wasn’t proven the behavior at issue constituted abuse. For his part, Cantoni conceded that he had received negative reports about the future priest between 2006 and 2012, but he described them merely as evidence of a “transitory homosexual tendency linked to adolescence.”

Francis obviously is aware of that episode, since the trial unfolded with his permission and inside the Vatican itself.

Naturally, one presumes Francis had information which led him to decide to make Van Looy and Cantoni cardinals, despite the question marks surrounding both men.

However, the episode nevertheless offers a reminder that if a new cardinal’s reputation can be damaged by association with those scandals, to the point where one of them actually feels compelled to back out, even though his intended position was almost entirely symbolic – well, as the Italians would say, magari un papa!

Imagine, in other words, if it were the new pope.

Of course, shortly after Francis was elected there was just such a brief-lived attempt to link him to a couple of mishandled abuse cases during his time in Argentina, but that effort fell apart when it became clear the offending priests weren’t from Buenos Aires and were never under then-Cardinal Jorge Mario Bergoglio’s direct authority. Much like the similar attempt to sully the new pope’s record on Argentina’s “Dirty War,” critical examination largely dispelled the early doubts.

Memo, therefore, to the 133 cardinal-electors who will be eligible to vote in the next election after Aug. 27: You might want to be sure that any doubts about whomever you may be considering can be similarly resolved, because the last thing the Church probably needs is a Van Looy-esque scenario on an infinitely larger scale.