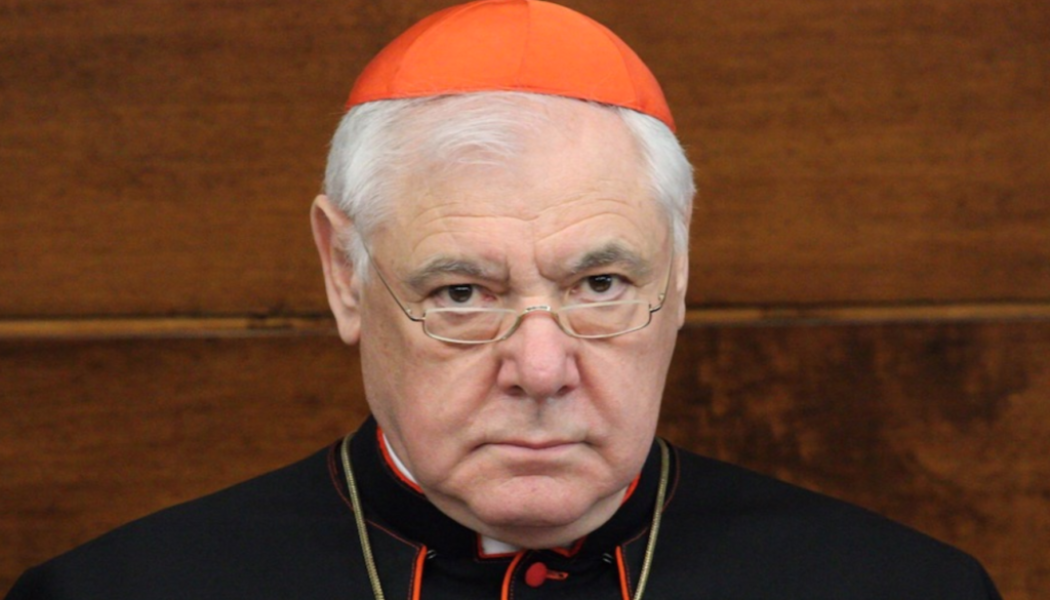 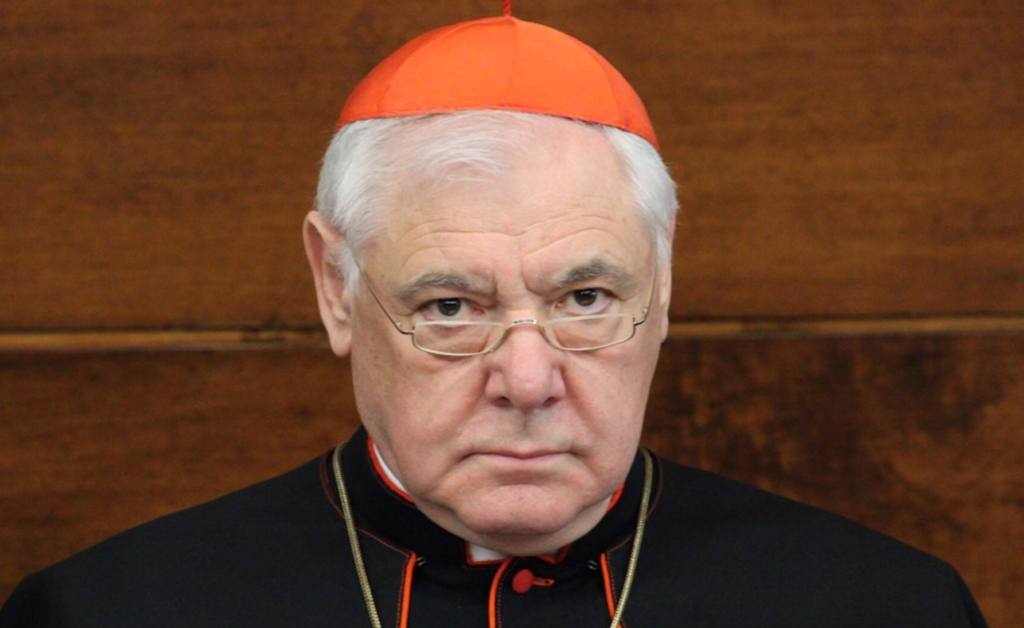 I sat next to Cardinal Gerhard Müller at a dinner this past summer. The man is a mountain. Here’s part of what the big German told a Catholic publication about the crazypants theological liberalism forwarded by the German Catholic bishops (see my post from the other day about their Suicide-By-Synod) in defiance of Catholic tradition and Vatican authority:

Rilinger: The communion also includes various patriarchates and Eastern churches that recognize the Pope as their head. The movement of the so-called Synodal Way seems to amount to a separation of the German local churches from the Roman Catholic Church. Do you nevertheless see a possibility that this new church remains in church and Eucharistic communion with the Roman Church, so that this new patriarchate or this new church could also recognize the Pope as spiritual head?

Cardinal Müller: The so-called Synodal Way has nothing whatsoever to do with the formation of the old patriarchal churches. Originally, the churches founded by Peter (Antioch, Alexandria through Peter’s disciple Mark, Rome) were called patriarchates. Later, Constantinople was added for political reasons, while Jerusalem was added for reasons of reverence. Then the Orthodox (autocephalous) national churches reserved the title Patriarch for the leading bishop. In Germany, however, the issue is the attempt to take possession of Catholic institutions, church taxes and building stock for an organization that has abandoned the Catholic faith in its essential elements and has definitely left the ground of revelation. The baptismal creed has been replaced by the idol of pagan LGBT ideology. Instead of looking up to the cross of Christ and carrying the flag of victory of the Risen Christ before humanity, the protagonists of the German Synod raise the rainbow flag, which represents a public rejection of the Christian image of man. They have replaced the creed with the confession to the idols of a neo-pagan religion.

Once again, the words of the eminent philosopher Max Scheler are confirmed: “Man either believes in God, or he believes in an idol (Vom Ewigen im Menschen, Bern-München 51968, 399). When Cardinal Marx, as a protagonist of the German Synodal Way, calls for not talking too much (sic!) of God and when he lays down his pectoral cross in the holy city of Jerusalem out of “consideration” for the feelings of those of other faiths, thus denying the cross as a universal sign of salvation, I prefer to stay with the apostle Paul, who “was not ashamed of the Gospel” (Rom 1:16) and who wrote to the Christians in Corinth: “But we preach Christ crucified, a stumbling block to Jews and folly to Gentiles, but to those who are called, both Jews and Greeks, Christ the power of God and the wisdom of God.” (1 Cor 1:23).

Since “synodal themes” revolve exclusively and incessantly around sexuality as an egomaniacal source of pleasure, one gets the impression that sexology has been declared the leading science and has therefore replaced theology resting on revealed faith. The Barmen Theological Declaration against the German Christians from 1934 should be held up as a mirror to anyone who wants to remain faithful to Christ: “We reject the false doctrine, as though the church could and would have to acknowledge as a source of its proclamation, apart from and besides this one Word of God, still other events and powers, figures, and truths, as God’s revelation. […] We reject the false doctrine, as though the church were permitted to abandon the form of its message and order to its own pleasure or to changes in prevailing ideological and political convictions.”

To underscore the fury of Cardinal Müller’s condemnation of his fellow German prelates, you should know that the Barmen Theological Declaration was a bombshell document authored by Protestants against the pro-Nazi Protestants who were trying to subordinate the churches to Hitler and his ideology. Yes, that’s right: the cardinal compares the pro-LGBT radicals running the German Catholic Church to an earlier generation of German Christians who sold out Jesus for the day’s popular ideology — in this case, National Socialism.