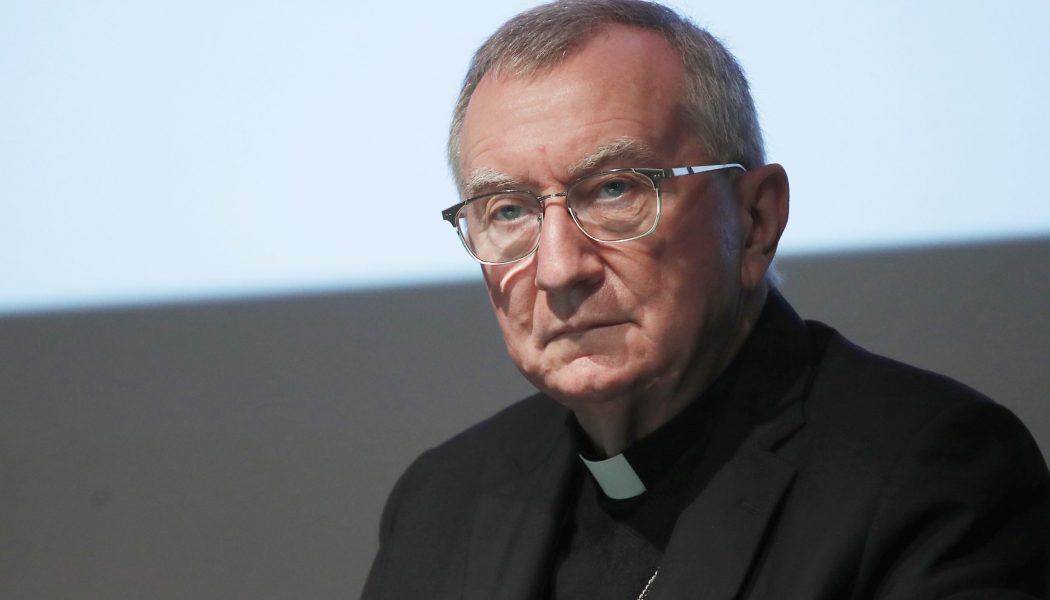 ROME – Catholicism’s most prominent voice on China has defined a recent talk by Italian Cardinal Pietro Parolin, the Vatican’s Secretary of State, laying out the reasons for renewing a controversial 2018 deal on the appointment of bishops, as “sickening,” and accused Parolin of “lying with eyes open.”

“He is not just shameless but also daring,” Zen said of Parolin. “What will he not dare to do now? I think he is not even afraid of his conscience.”

Zen was reacting to a presentation by Parolin in Milan on Oct. 3 sponsored by the Pontifical Institute of Foreign Missions, or PIME, in which he explained why the Vatican wishes to extend its provisional agreement granting the Chinese authorities a significant role in choosing the country’s Catholic bishops.

Zen posted his response on his personal blog Oct. 7.

Among other things, Zen also accused Parolin and his Vatican team of dishonesty for suggesting that Pope emeritus Benedict XVI had approved the provisional agreement in draft form prior to this resignation in February 2013.

“The most repugnant thing was the insult to the emeritus Pope Benedict XVI by saying that he approved then the agreement signed by the Holy See two years ago, knowing that our sweetest, most gentle Benedict certainly will not come out to deny it,” Zen wrote.

In his almost 3,000-word post, Zen wrote that he had once challenged Benedict on why he permitted an accommodating line on China and Benedict responded, “Sometimes you don’t want to offend someone,” referring to Indian Cardinal Ivan Dias, then the Vatican’s top official for missionary efforts, together with Parolin, at the time the Vatican official responsible for negotiations with Beijing.

“One might say that I am revealing things said in private conversation and I may cause embarrassment to the person concerned,” Zen wrote. “Yes, but I think this is much better than letting him take responsibility for approving a bad deal.”

Zen’s outburst came shortly after the 88-year-old cardinal had travelled to Rome hoping for a personal meeting with Pope Francis but without success.

Of Parolin, Zen wrote that “I am afraid he does not even have faith,” citing a 2015 speech by Parolin recalling the late Cardinal Agostino Casaroli, the author of the Vatican’s policy of Ostpolitik with regard to the former Soviet Union, in which Parolin said: “when you look for bishops, you don’t look for ‘gladiators,’ who systematically oppose the government and who like to show themselves off on the political stage.”

Zen argued those words amounted to an insult to bishops behind the Iron Curtain who defied the Soviet system and were either jailed or sent into various forms of exile.

“One who despises the heroes of faith has no faith!” Zen said.

In a recent interview with Crux, British Archbishop Paul Gallagher, Parolin’s top deputy, defended the China deal by arguing that for the first time since the Communist takeover in 1949, all of China’s bishops are now in communion with the pope.

RELATED: Vatican’s top diplomat defends China deal: ‘Something had to be done’

Zen, however, suggests that bishops produced under the terms of the deal are suspect.

“Can the word of a totalitarian regime be trusted?” he asked.

“If the Vatican is as compliant as it is, the legitimate bishops will not necessarily be worthy bishops,” Zen wrote. “The independent Church in China is now full of ‘opportunistic’ bishops, people who sell themselves to the government to make a career of power and wealth.”

Zen long has been a vocal opponent of the policies of the Francis papacy with regard to China, and of Parolin in particular. In December 2019, Zen accused Parolin of “manipulating” Pope Francis on China out of “vainglory” and a desire for “diplomatic success.”