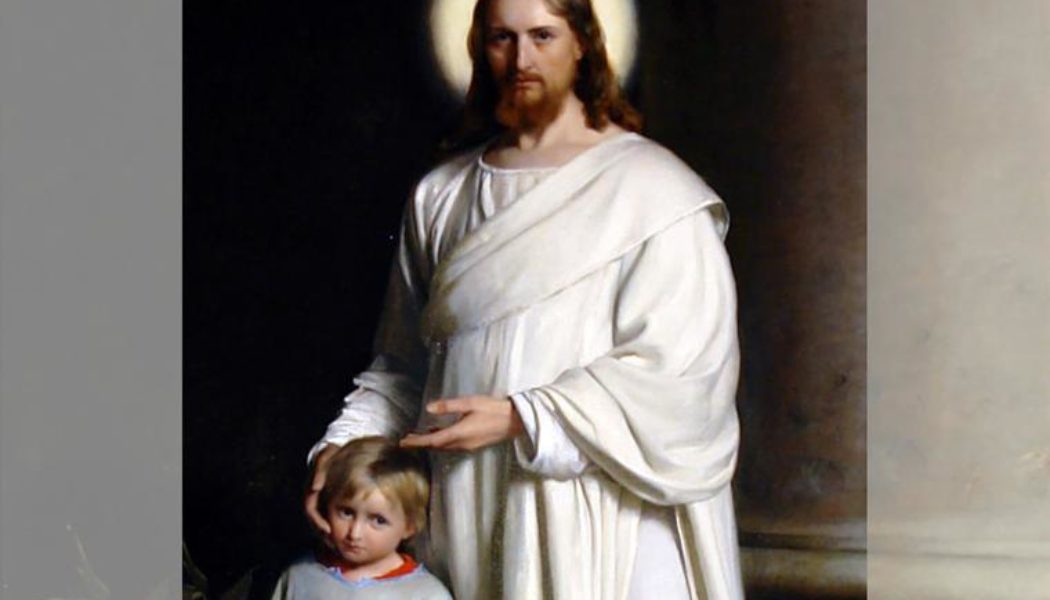 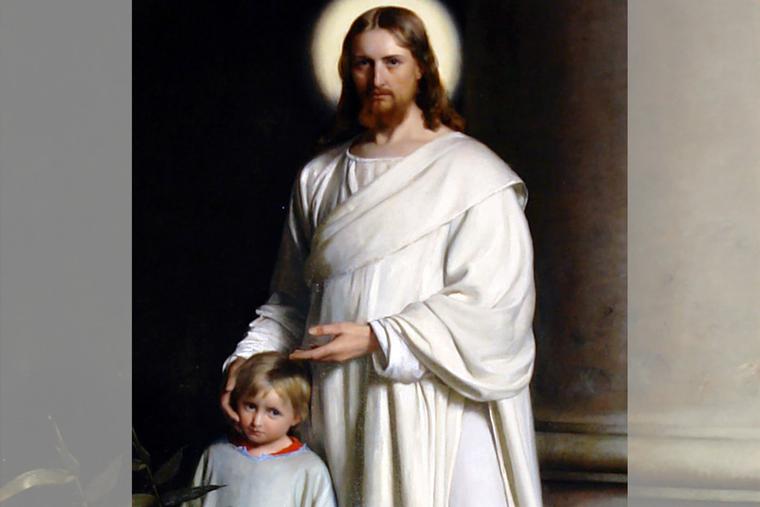 G.K. Chesterton became Christ-like by remaining childlike, and so must we.

“Unless you be converted and become as little children, you shall not enter into the kingdom of heaven.”

So says Christ in St. Matthew’s Gospel. Yet St. Paul, seeming to contradict Christ, tells us that when he was a child, he behaved like a child, but now that he is old, he has “put away childish things.” Is this not an example of the Gospel “truth” contradicting itself? If we listen to Christ, must we assume that St. Paul is in error? Indeed, if we listen to St. Paul do we assume that he is not fit for the kingdom of heaven? Has he disqualified himself, damning himself with his own words? Surely not; but, if not, how can these apparent contradictions be reconciled?

Taken together, the words of Christ and those of St. Paul constitute a paradox, which is to say that the apparent contradictions point to a profound truth.

Let’s begin by looking at childishness, the infantile and infernal perversion of the childlike.

Dorian Gray is childish. He never wants to grow up. He wants his portrait to grow old while he stays young. The four subjects of Dr. Heidegger’s Experiment, in Nathaniel Hawthorne’s short story, are childish. Having ruined their lives through the follies of their youth, they repeat the errors all over again when their youth is temporarily restored to them. Given the choice to repent of their follies or to repeat them, they choose the latter. This is childish. They have learned nothing from life. They have not grown-up. They have not put away childish things. The paradoxical irony is that the childish do not want to become like children, they want to remain adolescent. They don’t desire the innocence of a child but the sinful freshness and fleshness of pubescent folly.

The poet Roy Campbell described the childish fear of growing old or growing up as the Peter Panic. Peter Panic creates Peter Pandemonium. Childish parents are not able to bring up children. Unwilling to grow up themselves, how can they teach their children to do so? How many millions of children in our Peter Panic-stricken age have been condemned to a childhood in which they are brought up by aging adolescents? How much childlike innocence has been sacrificed on the altar of childish ignorance?

Remaining with Peter Pan for the moment, this is how the childlike genius, G.K. Chesterton, criticized the childish climax of J.M. Barrie’s children’s classic:

A very fine problem of poetic philosophy might be presented as the problem of Peter Pan. He is represented as a sort of everlasting elf, a child who never changes age after age, but who in this story falls in love with a little girl who is a normal person. He is given his choice between becoming normal with her or remaining immortal without her; and either choice might have been made a fine and effective thing. He might have said that he was a god, that he loved all but could not live for any; that he belonged not to them but to multitudes of unborn children. Or he might have chosen love, with the inevitable result of love, which is incarnation; and the inevitable result of incarnation, which is crucifixion; yes, if it were only crucifixion by becoming a clerk in a bank and growing old. But it was the fork in the road; and even in fairyland you cannot walk down two roads at once. The one real fault of sentimentalism in this fairy play is the compromise that is ultimately made; whereby he shall go free for ever but meet his human friend once a year. Like most practical compromises, it is the most unpractical of all possible courses of action. Even the baby in the nursery could have seen that Wendy would be ninety in no time, after what would appear to her immortal lover a mere idle half-hour.

Chesterton’s appraisal of Barrie’s Peter Pan puts us in mind of Tolkien’s Middle-earth, in which the dynamic between mortality and immortality, or between growing old and staying young, is axiomatic. Tolkien succeeds as dramatically as Barrie fails in addressing the issues raised in Chesterton’s criticism of Peter Pan. Apart from the poignant presence of the elves who are exiled in the sorrows of the “long defeat” of Time by their immortality, the whole of The Lord of the Rings is about growing up, in the sense of growing wise, through self-sacrifice and the struggles of living virtuously in a world riddled with evil. It is only through the childlike innocence of Frodo and Sam that the quest is fulfilled; if they had been childish, they would have refused the “burden” of the Ring and would have stayed at home in the Shire, “having fun.”

Like Chesterton, Tolkien understood the childlike wisdom inherent in fairy tales. Having been influenced greatly by Chesterton’s essay “The Ethics of Elfland,” Tolkien explained how fairy tales were a window of wonder through which we see the deepest truths:

The peculiar quality of the ‘joy’ in successful Fantasy can thus be explained as a sudden glimpse of the underlying reality or truth. It is not only a ‘consolation’ for the sorrow of this world, but a satisfaction, and an answer to that question, ‘Is it true?’ … in the ‘eucatastrophe’ we see a brief vision … a far-off gleam of evangelium in the real world.

It is no surprise that the greatest children’s literature is written by the childlike as opposed to the childish. Whereas the childlike remain open to the sense of wonder that animates the classics of children’s literature, the childish sink into the sin of cynicism that blinds them to the love and beauty of reality. Oscar Wilde described a cynic as one who knows the price of everything and the value of nothing. He also wrote that “we are all in the gutter but some of us are looking at the stars.” Blinded by the plank in his own eye, the childish cynic can only see the motes in the eyes of others, not the twinkle of the reflected stars. Such as these cannot unlock the imaginative doors of fairyland.

All of this was put far more sublimely by William Wordsworth in “Intimations of Immortality from Recollections of Early Childhood” and far more succinctly by the same poet in three lines of his sonnet, “The Rainbow”:

The Child is father of the Man;
And I could wish myself to be
Bound each to each by natural piety.

Chesterton was not as great a poet as Wordsworth but he was certainly as great a child. Chesterton became Christ-like by remaining childlike. In “A Second Childhood” he shows us the wisdom of wonderland:

When all my days are ending
And I have no song to sing,
I think I shall not be too old
To stare at everything;
As I stared once at a nursery door
Or a tall tree and a swing.