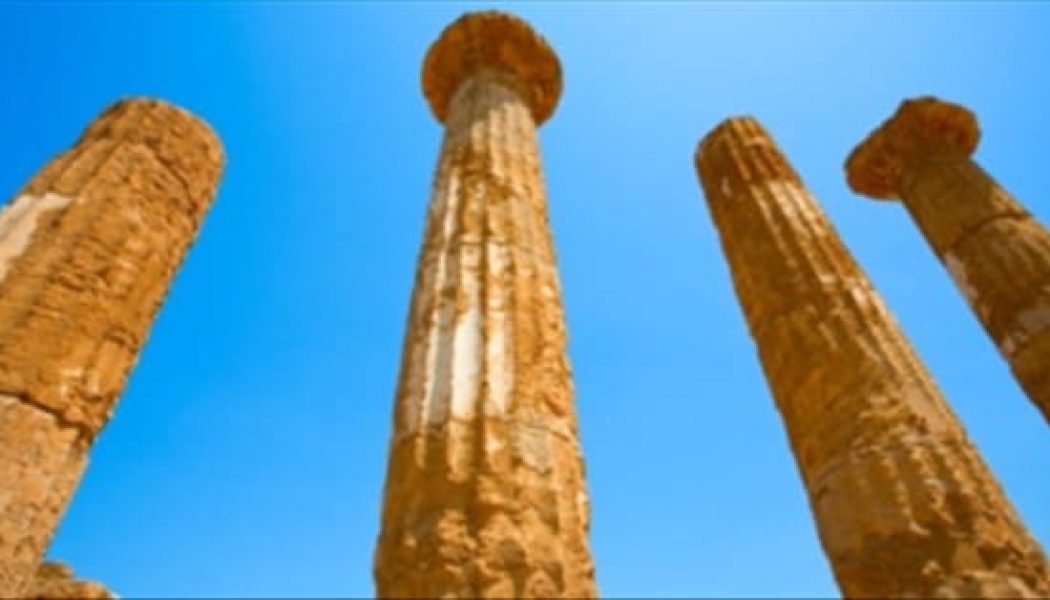 I often ask my students to give me a quick summary of church history. It’s a good way to see what they know, and, more importantly, what they think they know. The results are fascinating. Beyond the unsurprising fact that most know very little about the story of God’s people between the end of the New Testament and the day before yesterday, the stories usually have at least one thing in common: a Golden Age.

Here’s how the story goes.

At some point in history, the church got things right. This could be the early church, the Reformation, the Puritans, or some other group. But, whoever it was, they nailed it. They weren’t perfect, of course. But they got as close as we’re likely to get this side of heaven.

And the reason this generation really stands out is because the other generations got things so badly wrong. These are the Not-Golden Ages. During these periods, you still have the faithful minority, the Christians who reflect the values of the Golden Age and somehow manage to eke out a faithful existence among the depraved majority. But, for the most part, these periods were mostly flawed examples of what happens when the Church goes astray.

At this point in the story, every student agrees on one thing: we are not in a Golden Age now. That fascinates me. Since I hear about the Golden Age from almost every student, you’d think that sooner or later I’d run into someone who would identify this age as the golden one. But that’s never happened. Every student agrees that we’re in a Not-Golden Age. And, to be honest, whenever I hear that many people agreeing on something, I get a little suspicious.

4 PROBLEMS WITH THE GOLDEN AGE MENTALITY

So that’s the story. And it’s one that I hear from almost all of my students. But there are at least five problems with that way of telling the story.

Every cherished Golden Age had its share of problems. For the early church, just read both of Paul’s letters to the Corinthians, with their divisiveness, immorality, and arrogance. Or his letter to the Galatians and their problems with legalism. Or try the seven letters in Revelation. Even Peter, rock of the church that he was, exhibited his share of brokenness. If this is the Golden Age of Christianity, we’re setting the bar kind of low.

And the same could be said for every Golden Age. Even the great Reformers of the 16th century struggled with infighting, jealousy, arrogance, and even outright persecution and violence. That doesn’t mean these generations can’t inspire us with their examples of Christian faithfulness in a broken world. But none of them got it “right,” whatever that even means.

If you doubt, just read the books and letters written during each “Golden Age.” None of those people thought they were living during some great era of the Church. Instead, they all wrote about the great challenges and terrible failures of the day.

And part of the problem with the Golden Age mentality is that it blinds us to the weaknesses of these great generations. You don’t learn from someone by ignoring their brokenness. Indeed, I think you learn far more when you truly understand their failures as well as their victories.

2. The Not-Golden Ages weren’t that bad.

The flip side is that the other generations are never as bad as the Golden Age mentality makes them out to be. The great example here is the so-called “Middle” Ages. Even the name suggests that nothing good really happened during this time. This is just the part of the story you have to endure if you want to get from the high-water marks of the early church and the Reformation. The dreaded “middle” part of the trilogy.

But none of the Not-Golden Ages deserves that reputation. Each had more than its share of faithful ministers, brilliant theologians, and dedicated missionaries. And in each, the gospel was proclaimed. Not perfectly, of course. But we all struggle with that.

The way we usually tell the story comes with two dangers. First, it’s almost impossible to emphasize how terrible a generation was and seek to learn from it at the same time. The one blinds us to the possibility of the other. But each generation has its own voice, and we silence those voices to our own detriment.

Second, if these Not-Golden ages were really that bad, if the gospel was almost entirely lost and the Church virtually ceased to function as the people of God, what does that tell us about God’s faithfulness and the work of the Spirit over time? Even at its lowest, the Church is still the Church. Bruised, battered, and broken, but still God’s people.

3. The Golden Age Mentality is Pessimistic

I’m going to let you in on a little secret. Our Age isn’t as bad as we think it is. Don’t get me wrong. I’m not saying this generation is perfect, or even great. It’s not hard to look around and see all the problems and challenges we face. But, as we’ve seen, that’s been true of every generation.

Yes, we should be aware of our failings. But the Golden Age mentality tends to get stuck in that mode, blinded to the amazing things that God is doing in this age. In the last fifty years, we’ve seen unprecedented growth in our ability to reach new people groups with the gospel. Churches in South America, Africa, and Asia have exploded with new conversions, spreading their influence in ways no one would have thought possible even a single generation earlier. Even North American and Europe have seen God working in incredible ways.

But the Golden Age mentality struggles to see any of the good in this age. It’s almost as though they’ve placed a shining halo on top of their chosen age. The brilliant light from the halo blinds them to the flaws and foibles of that age. But, at the same time, the shadow it casts shrouds every other age in darkness.

4. The Golden Age mentality is geocentric.

As I said earlier, I find it fascinating that no one ever lists our own age as one of the Golden Ages of the church. If you even suggest that it might be, people will either stare at you blankly, laugh at you openly, or offer you a nice soft place to sit while they try to find you some professional help.

But why not? As I’ve just said, we’ve seen God move in some amazing ways in the last fifty years. If you didn’t live in North America or Europe, you might well be open to seeing this as one of the Church’s great Golden Ages. (I’m not saying that we should, of course, just that it wouldn’t be an unreasonable claim.)

And this highlights one of the problems of the Golden Age mentality: it tends to focus on one, narrow part of the Church. Even if the Reformation was a Golden Age for the church in Western Europe, what about the rest of the world? How was it for them? Do we even know? And the same could be said of every other high/low point in our story.

EVERY AGE A GOLDEN AGE

Have there been periods in church history filled with amazing men and women accomplishing great things for the Kingdom of God? Absolutely. And we should celebrate those people and the times in which they lived. But we can do this without closing our eyes to their blights and blemishes.

Does the church have amazing men and women accomplishing great things for the Kingdom of God today? Absolutely. We should celebrate them as well. Our age isn’t perfect, but that shouldn’t blind us to all that God is doing and will continue to do.

There was no “Golden Age.” Or maybe we’d be better off saying that every age is a Golden Age; that is, a time when God is still faithfully working through his people to spread his gospel and display his glory throughout this broken and fallen world.

Marc Cortez is a theology professor and Dean at Western Seminary, husband, father, & blogger, who loves theology, church history, ministry, pop culture, books, and life in general. This post is an excerpt from his new book Good News for the Living Dead: A Fresh Take on the Gospel Story. Visit him at marccortez.com.