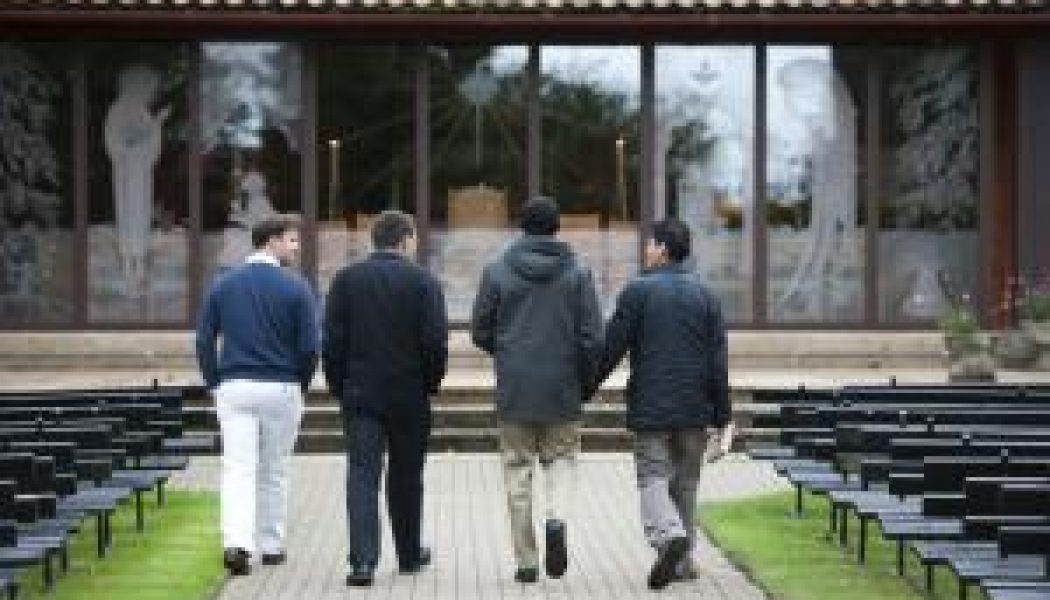 I’ve not worked extensively in a seminary but base this on my own experience and experiences shared by those I’ve known. My goal is not to explain every point about seminary discernment but to point out why you should not wait to enter the seminary because you are still discerning if you are called to be a priest. I hope to answer with an analogy to marriage, the stages of discernment and a longer conclusion than I usually offer.

An Analogy to Marriage

Should people discern if they are called to marriage? Yes.

Should some of that discernment be while in a serious relationship with a woman, including engagement? Yes. And there will be different stages from asking someone out to making it serious and definitely exclusive to engagement to marriage.

Apply the same logic to the priesthood.

Just as it often takes a few years of dating to discern to marry a certain person, it often takes a few years to discern the priesthood. Living in the seminary should help a young man to see priestly life just like dating should help someone see a marriage relationship. If a couple came in asking to get married and they said they never had disagreements, I’d be suspicious. Even though most of us think of an ideal relationship as disagreement free, we all know that basically no two people agree 100% on everything. Part of discerning marrying one person is that you realize that even after you strongly disagreed over something, you still love that person, want what’s best for them, and want what’s best for them. Likewise, discerning only outside the seminary likely gives too idealized a view, while in the seminary one will have struggles where they argue or have some ministry that flops – do they still feel called to be a priest then?

Obviously, priesthood is not marriage and discernment is different. Usually, a 6-month minimum is asked from engagement to marriage while religious need between 4 and 11 years, and diocesan seminarians usually take the first half of seminary. When I entered, I told my superiors that if after 2-3 years, I was not convinced to be a member for life, I was going to leave with no hard feelings as I didn’t want to go around for years wondering what I was supposed to do with my life. However, I had by no means finished discernment for the Legion when I entered. I had only met with a Legionary twice and visited the seminary for a weekend (it was far away and plane flights are expensive).

The Stages of Seminary Discernment

Obviously, for the priesthood, there are different moments of discernment like there would be in a dating relationship. You discern going to a vocational event, stating out in the seminary, continuing in the seminary, making a definitive commitment, and then diaconate and priesthood.

To be a priest, you need two degrees – generally an undergrad degree with a minor or major in philosophy and a Masters of Divinity, which is a theology degree. Many dioceses in North America do these two stages in completely different places and even those that do them in the same place have some separation between the two stages by formation activities, by rules, by organizing activities with that group, by dress code (tie vs. collar), etc. The first half doing undergrad is often referred to as “college seminary.” Those studying undergrad are still in discernment while once you get to theology, you are generally committed to ordination.

About halfway through seminary, for diocesan seminarians, there is the admission to candidacy, which marks a kind of end to the discernment phase and a focus on becoming a priest, no longer on discerning that vocation. For religious, final vows in the community marks the end of discernment in a similar manner.

Discernment is also the formators in the seminary and the bishop or provincial discerning if they think a young man is called to their diocese or community. Just because a young man has the qualities to start seminary does not mean he has the traits to be a priest. Often, certain things are expected to be smoothed over or fixed in the seminary and failure to do so means no ordination. It can be character issues or something as simple as my superiors telling me I needed to have legible handwriting. (Really, before the seminary my handwriting was horrible.)

From my experience, sometimes the young men who came in seeming most done with discernment and set on being a priest are not priests toady. While others who came thinking “maybe God is calling me this way and I’m going for the summer more to get the monkey off my back than because I think I’m called” are good priests.

In summary, discerning for the first few years in the seminary is a good thing, but this should come to an end at least a year or two before ordination.

Hopefully, this summary of how young men might discern a vocation is helpful. Religious vocations are likewise similar where one has a period of discernment while living as a novice or temporarily professed member.

Note 1: I based this on a discussion on a private Facebook group. Some of my own words have been copied and pasted but I chose to paraphrase and not name others to keep the group privacy.

Note 2: Please support me via Patreon so I can make more posts like this.