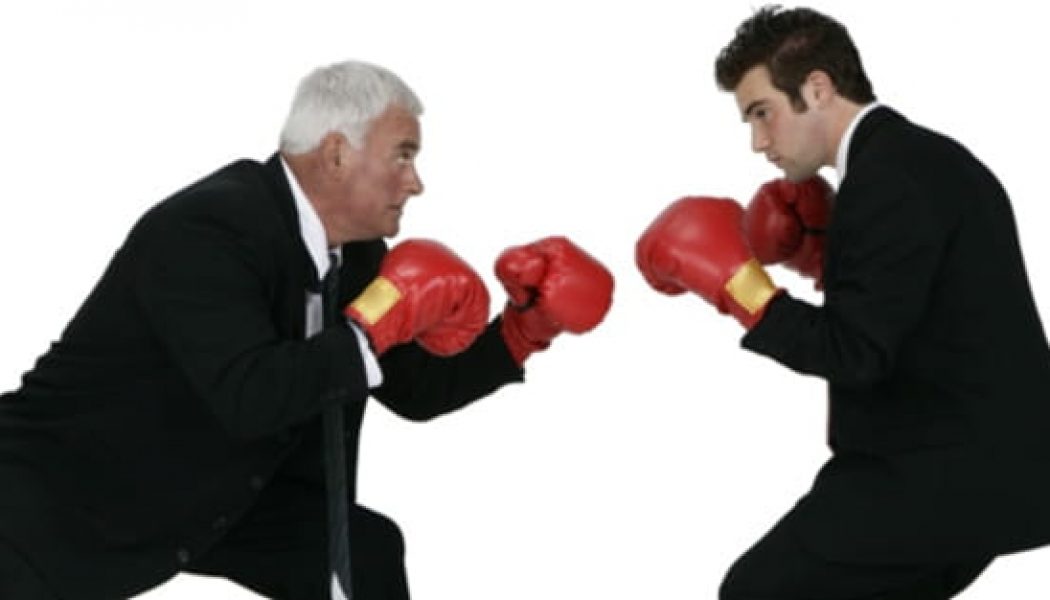 There is no conflict between loving truth and loving people. You really can love people as you obey Titus 1:9, which says an elder should “hold firm to the trustworthy word as taught, so that he may be able to give instruction in sound doctrine and also to rebuke those who contradict.” You can even love people as you follow Jude’s appeal that you “contend for the faith that was once for all delivered to the saints” (Jude 1:3).

A few years ago I would have been suspicious of anyone who mentioned the need to engage in theological controversy in a loving way. I would have done one of those mental clucks of the tongue and inched the person toward the “needs-to-firm-up-conviction” column.

As time has passed, though, I’ve participated in a few controversies (many connected to the sovereignty of God in salvation or the roles of men and women) and I’ve watched some controversialists take issue with views that I hold. Obviously I haven’t been in all these battles, only a skirmish or two, and sometimes I found myself wondering if those involved loved God, people, and truth, or just loved controversy.

I don’t muse on that possibility because of a softening of my own convictions, nor because I don’t like to mix it up, because I’m tired of the fight, or because I think my views worsted. The question arises because some of the caricatures have seemed so obvious I wondered whether they were intentional. The controversialists surely should have known they were fighting misrepresentations, and I am certain that they would not want their views treated the way they treat those they attack.

I found myself thinking things like this: You’re using the name of the view I hold, but you’re not describing anything like my understanding of it. Only an idiot or a monster would hold it the way you describe it. You know you’re attacking a straw man, right?

This line of though led me to wonder whether the controversialists were concerned for me as a brother in Christ. I began to ask whether they loved me, because if they really loved me, they would want to help me see the benightedness of a position they thought was so awful, they would want to liberate me from the bondage of bad ideas, and their desire to help me in these ways would surely cause them to use a different tone of voice and a better method of argumentation.

I don’t claim that all my views are infallible (if I knew which ones were wrong I would change my mind!), and please don’t think I speak as one who thinks he has always fulfilled the love command. But in spite of my own failures to live up to the ideal, I can affirm that the desire to engage in controversy should flow from love for God and neighbor. Love for God results in a desire to uphold his truth. Love for neighbor results in a desire for people to enjoy the goodness of God’s truth.

Is it love for God and neighbor that gets you into controversy, or is it a proud desire to strut your opinions, flaunt your learning, and see your enemy discomfited?

Or, are you just a knucklehead who likes to contradict what others say?

When we engage in controversy, understanding is the first thing we owe our opponents. Only a fool would argue with someone he hasn’t understood. We’re all fools, and repentance and an apology are the first steps down the path to wisdom.

Once we’ve understood our opponents, loving them means applying the golden rule to them. Do as you would be done by. Present another’s view as you would want your own view presented. Don’t distort. Don’t cheat. Don’t misrepresent. Don’t caricature and don’t set up straw men. Be a man. Take on a real opponent. Take on the best opponent you can find. Don’t pick the lunatic fringe representative of the view you’re attacking. Pick the best advocate. Let the best advocate make his best argument. Let them say that you have accurately presented their position, then launch your offensive with a smile and a sincere desire to do good for both your opponent and the watching multitude.

“The Lord’s servant must not be quarrelsome but kind to everyone, able to teach, patiently enduring evil, correcting his opponents with gentleness. God may perhaps grant them repentance leading to a knowledge of the truth, and they may escape from the snare of the devil, after being captured by him to do his will” (2 Timothy 2:24).

James Hamilton serves as associate professor of biblical theology at The Southern Baptist Theological Seminary. He has written revelation: the spirit speaks to the churches (Crossway) god’s glory in salvation through judgement: a biblical theology (Crossway) and god’s indwelling presence: the ministry of the holy spirit in the old and new testaments (B&H). He blogs regularly at for his renown. You can follow Dr. Hamilton on Twitter @drjimhamilton