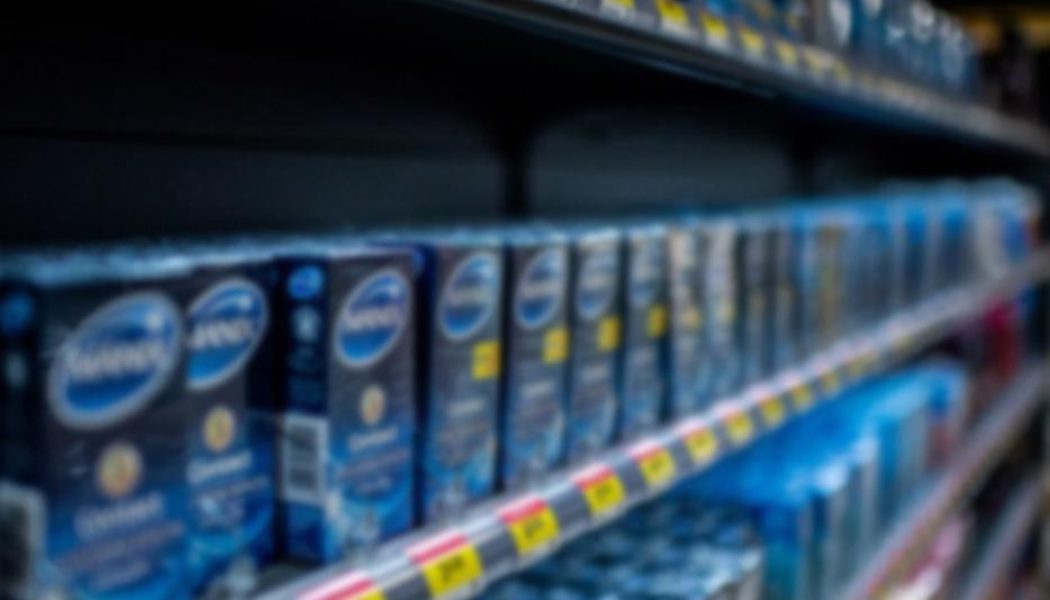 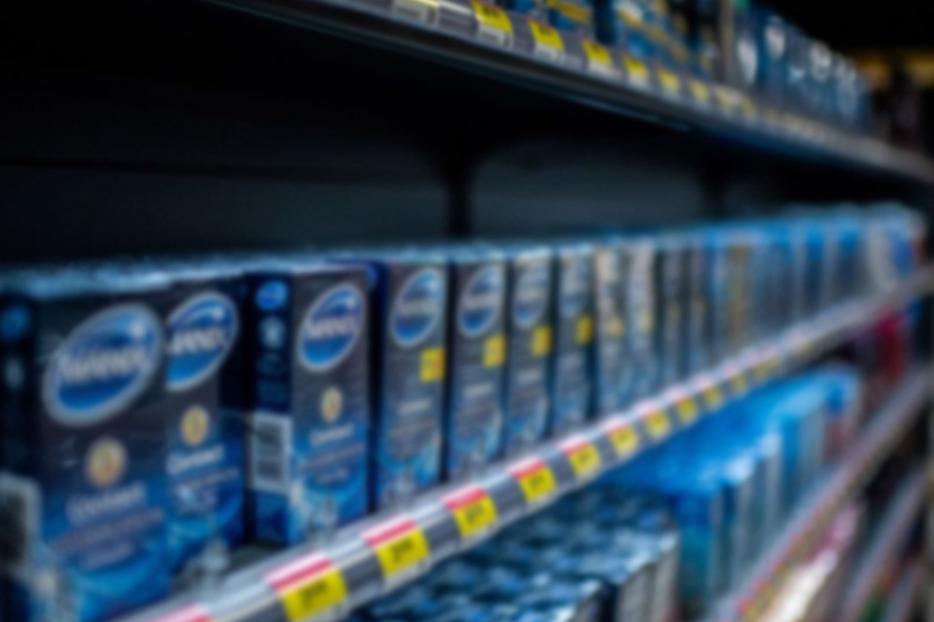 That’s often been an assertion by Planned Parenthood (although they would be quick to add there’s nothing wrong — either in principle or for their bottom line — in more abortions). In fact, one should fully expect plenty of Catholics running for office this fall to tell us how they’ll make sure “birth control” is federally funded and a part of health insurance paid for by all employers, including the Little Sisters of the Poor.

Putting aside the claims of politicians who traffic in Catholicism for their electoral advantage, let’s examine the claim that more “contraception” will mean fewer abortions.

I was struck, years ago, by an observation of the great Cambridge ethicist, G.E.M. (Elizabeth) Anscombe. In her brief book, Contraception and Chastity (key parts of which are available on-line here) Anscombe articulated an observation I have yet to see anybody refute. She acknowledged the claim that contraceptive access is supposed to reduce the number of abortions, but then asked us to prove that claim empirically. Not just assert it, not just claim it, not just say it — prove it. Any honest assessment of history will acknowledge no evidence for “more contraception/less abortion.” Any honest assessment of history will admit that wherever the practice of contraception became widespread, abortion was also legalized within a generation.

I challenge fellow Catholics: Ask the next speaker you hear pedaling the canard that “contraception reduces abortion” to name one country where contraceptive practice became broadly commonplace but abortion is not legal.

I would suggest an explanation: motive.

Every human act, i.e., every act that has moral significance because we choose it, is made of two major parts. Those parts are the end of the act (finis operis) and the end of the actor (finis operantis). Both must be good for an act to be good. Goodness is like pregnancy: either you are or you aren’t. There is no middle ground.

Acts have their own end, independent of the intention of the person doing them. Acts “say” things by themselves, and their language is not completely plastic — they cannot be made to “say” things contrary to their nature. I cannot slap you hard in the face and then say, “I wanted to express how much I love you.” You would either take that response sarcastically or recognize that I need mental help: a blow in the face cannot express “love,” regardless of what I say. Judas’ kiss was never going to be explainable as good. The deed could never be consistent with the intention of its doer.

Of course, acts can be good but done for bad reasons. I can donate to charity, which in itself is good, but my motive can be to promote myself as a “caring” person, vitiating the goodness of my act.

This distinction is theoretically important: contraception and abortion in principle each has a different finis operis. Contraception in theory prevents conception; abortion in theory interrupts continued development after conception. In principle, there is a neat distinction (although, as I will explain later, these theoretical distinctions collapse in practice). The Church itself has never lumped contraception and abortion into the same basket: even St. John Paul II, in his 1995 encyclical Evangelium vitae, acknowledges that the two are “different (evils).”

While a neat distinction in theory can be made between contraception and abortion as acts, in real life it is often the same intention driving both. Both are compatible with and encourage the attitude that the couple — or even one member of the couple — are the “lord and giver of life.” Both contraception and abortion foster the attitude that God’s gift of life must meet my approval. I am willing to act in a way that God has connected with the possibility of giving life, but I will not be bound by God’s connections — whether or not life might be given is my decision.

It is that act of self — arrogating pride over the gift of life that makes contraception and abortion the same moral reality for most people, regardless of any theoretical distinctions between the acts themselves. Catholics might think that abortion involves killing, which involves a greater measure of prideful malice, but while the distinction is theoretically meaningful, it generally doesn’t mean much in “real life.” However valid the difference may be on an intellectual level, when both acts are motivated by the same intention — “I choose if and when life may be given” — that intention in practice undermines the theory. Opposing abortion while approving contraception generally becomes not a principled distinction but a matter of taste, largely peculiar to Catholics, while the rest of the world simply deems abortion the backup for contraceptive failure (a position endorsed by the United States Supreme Court as to why abortion-on-demand should remain legal).

That common intention — what St. John Paul II called “fruits of the same tree” — entail an attitude towards God and his role in creation (which is exactly what giving life is) that subordinates him to me. One presumes that a Catholic needs no explanation about the moral problems in such a viewpoint.

Having recognized that the intention most people bring to contraception and abortion is the same, thereby eventually collapsing in practice any theoretical distinction between them, let’s also consider one other point: how “contraception” works and how we speak of it in practice.

So far, we’ve used a variety of terms in this essay: “contraception,” “birth control,” “family planning,” “abortion.” We’ve tried to control them but we’ve also used them somewhat interchangeably, because that is what our society does. The problem is that they are not synonyms. Their equivocal use only muddies important differences, rendering “theoretical” distinctions even more meaningless in fact.

“Family planning” can entail a whole variety of things, from natural family planning (not the “rhythm method”) to contraception and sterilization to abortion. They all allow the “planning” (usually meaning “reduction”) of families. The same applies to “birth control.” Whatever stops birth from happening, contraception or abortion, is “birth control.”

“Contraception,” however, is not what most people think it is. The etymology of the word indicates it is “against” conception, i.e., it stops conception from occurring. But the American College of Obstetricians and Gynecologists (ACOG) has managed to redefine the word to include any means that prevent not conception but implantation.

Conception normally occurs in a woman’s Fallopian tubes. From there, the fertilized ovum gradually migrates towards her uterus, which has prepared a place for the fertilized ovum to implant in the uterine wall and continue developing throughout the rest of the pregnancy. Implantation usually occurs about 21 days after conception.

So “contraception,” according to the ACOG, prevents not only conception but also the continued development of a fertilized ovum for up to three weeks after conception. Precise terminology would have us speak of methods that have both contraceptive and abortifacient actions. The Pill probably works this way, both preventing conception from occurring as well as interrupting uterine development so that the fertilized ovum has no uterine lining in which to embed and so dies. The Intrauterine Device also probably has an abortifacient function because, by constantly scraping the uterine wall, it also prevents formation of uterine conditions necessary for implantation of a fertilized ovum.

Calling abortifacients “contraceptives” allows for overcoming the refined squeamishness of those who have no problem with contraception but might hesitate about early term pharmaceutical abortion. The same goal is advanced by calling it all “family planning” and then using demagoguery to claim that those — like the Little Sisters — with moral objections to paying for abortifacients (i.e., those who bother to cut through the smoke and mirrors of what Paul Greenberg calls “verbicide”) are “taking away access to birth control.”

Given the deliberate confusion of language that exists and is reinforced today, the neat theoretical distinction between contraception and abortion — so vital to subscribers to the myth of “more contraception means less abortion” — is one that is in practice meaningless. To be brutally honest, its sole value is to provide a fig leaf for those Catholics who might swallow contraception but strain at abortion.

That’s a declining tribe, anyway: back in 1968 Charles Curran was insisting that he and his fellow pro-contraceptive “dissidents” against Humanae vitae had issue only with that part of Catholic sexual morality, but by 1974 Daniel Maguire was approving abortion. Later, resigned priest Maguire and his wife became the spiritus moventes of the political action group, “Catholics for a Free Choice,” a Catholic Potemkin Village promoting legal abortion. Catholics still intent on maintaining some theoretical demarcation between contraception and abortion might want to ask themselves how Catholic was their outcome, assuming that “by their fruits you will know them.”

So, while contraception and abortion are in theory different, in real life they lead to and reinforce each other. At this point, proponents of contraception may still say “but in real life, people don’t want to have X children” and “so they will choose as they see fit.” While that position is certainly not Catholic, neither is it intellectually rigorous. Resorting to it as one’s final defense implies, in the end, the theoretical “distinction” between contraception and abortion means nothing to such opponents. It is only a smokescreen to win supporters but, when push comes to shove, their position is not a matter of reason but of sheer will in support of utilitarian aims. One might ultimately adopt that position. But at least let us ask for an admission that reason has nothing to do with it, and for the intellectual honesty to forego recycling the myth that “more contraception will mean less abortion.”