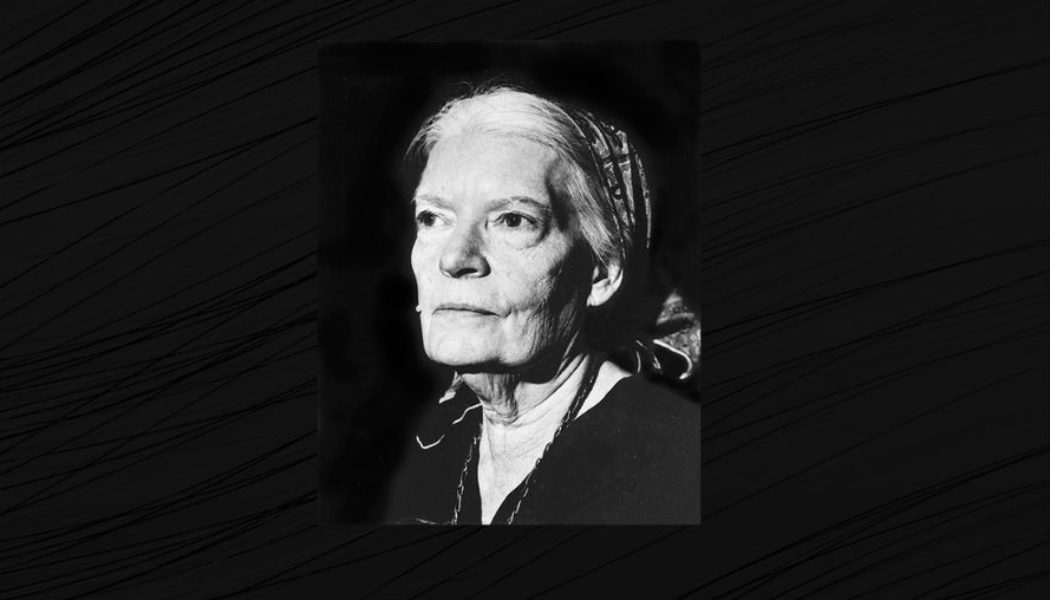 This is a still from the “Revolution of the Heart: The Dorothy Day Story,” a film by Martin Doblmeier. (CNS photo/courtesy Journey Films)

They had gotten a telegram from the Communist Party’s newspaper just before Christmas asking for their help, Dorothy Day wrote in her column in the January 1937 issue of Catholic Worker. She took the chance to challenge their political mind with the Christian insight.

The Daily Worker held the hard Marxist idea that political needs determine what is true and false. The political needs were mainly those of the Soviet Union, then run by Joseph Stalin, who had only a few years before finished his near-genocidal war on the Ukrainian people.

At the time the editor telegraphed, the newspaper proclaimed, with the rest of the world’s communist press, that the fascist Hitler was the enemy of mankind’s great hope, the Soviet Union, and must be defeated. In 1939, when Stalin surprised the world by signing a treaty with Hitler, the paper immediately reversed its position and acted as if they’d never said anything else.

The editor, C.A. Hathaway, had written Day that his newspaper wanted a 50-word Christmas message from the Catholic Worker. The letter was to be “directed against fascist barbarism, assault on religious freedom, and threat to world peace. Daily Worker desires to contribute toward a Christmas spirit built on democracy and peace.” He even told them to send their response collect, so they didn’t have to pay for it.

Day and her mentor, Peter Maurin, had founded their newspaper in early 1933, publishing the first issue on May 1, “May Day,” which had been a celebration of unions and the working classes since the 1880s. They founded it “in opposition” to the Daily Worker, she explained the next year to the editor of a diocesan newspaper

“Anxious to oblige,” Day explained in her column, they sent back a telegram joining in the communist appeal for democracy and peace. (And sent it collect). The Catholics told the communists that The Catholic Worker “asks you to join protest against all dictatorships, fascist and bolshevist, against all suppression of civil liberties, fascist and bolshevist, including freedom of religious propaganda, education, and organization, against all war, whether imperialist, civil, or class. Merry Christmas.”

It was not what Hathaway and his newspaper wanted, and they didn’t publish it. They’d wanted, I think, to co-opt the Catholic Worker movement’s witness. They wanted to show the country that some Catholics agreed with them. Day and her colleagues weren’t fooled.

Communist morality was particularly hard-nosed and cold-hearted about this. And utilitarian. How could they build the new world with a new humanity without hurting people? You can’t make an omelet without breaking eggs, as one duped Englishman put it defending Soviet tyranny.

But the communists weren’t that different from most political parties and movements, then and now. These also favor some human beings over others. They also treat some people as having inviolable human dignity and other people as usable and disposable. In 1937, both major parties accepted Jim Crow laws and the legal oppression of African Americans.

Day knew what they thought. That’s why she wrote the telegram she did, expanding the range of tyrannies to be opposed and thereby the range of people to be defended. If you can only make an omelet by breaking eggs, then you don’t eat omelets.

Her telegram was a focused form of the Christmas message. God himself became one of us, therefore each of us has an inviolable, ultimate value. No one is a thing to be used to get what you want — even if what you want is a new world. Because Jesus was incarnate of the Virgin Mary and became man, each person is Christ to us.

This insight drove the Catholic Worker movement’s work. “Christ is always with us, always asking for room in our hearts,” Day wrote a few years later.

“But now it is with the voice of our contemporaries that he speaks, with the eyes of store clerks, factory workers and children that he gazes; with the hands of office workers, slum dwellers and suburban housewives that he gives. It is with the feet of soldiers and tramps that he walks, and with the heart of anyone in need that he longs for shelter.”

The communists could not, to their and the world’s loss, understand that. They could only try to create a new world that would have as many faults as the old one, because it didn’t see Christ in others.