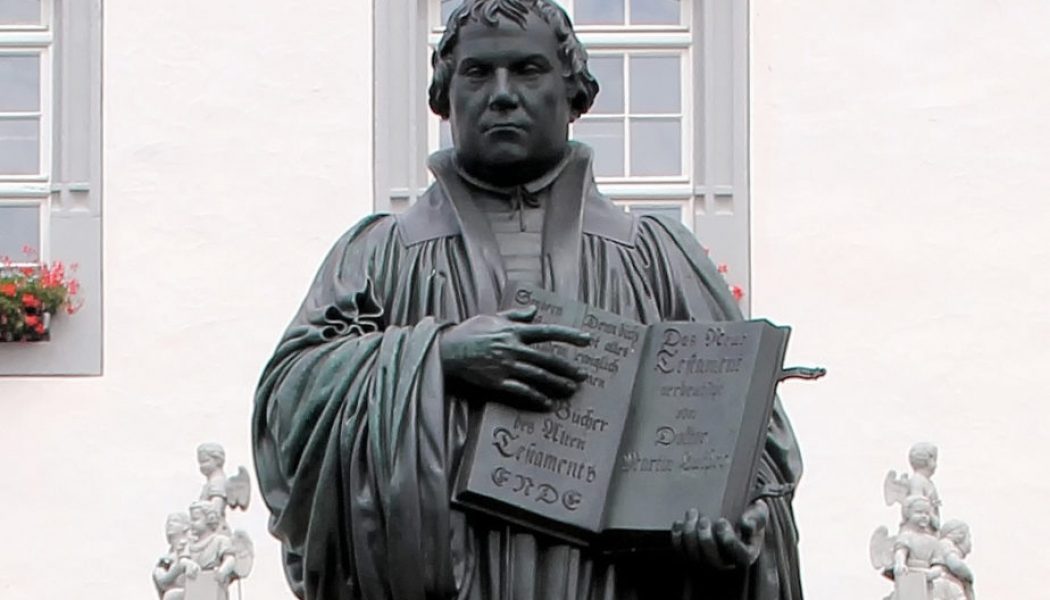 As Yale’s Carlos Eire masterfully demonstrated in Reformations: The Early Modern World, 1450-1650, there was no one “Protestant Reformation” but rather several religious movements, often in disagreement with each other, that shattered western Christendom in the 16th century. Still, Martin Luther’s protest at Wittenberg on October 31, 1517, has long been taken as the starting gun for “the Reformation,” and various Protestant denominations celebrate “Reformation Day” on the Sunday closest to October 31. So “Wittenberg” can serve as a synonym for other efforts to distance Christian communities from the authority of Rome and the papacy.

Which suggests that what’s afoot in German Catholicism today is “Wittenberg” in synodal slow motion.

In this instance, there is no nailing of contested propositions to church doors. Rather, the gears of a vast, well-funded ecclesiastical bureaucracy are grinding away toward outcomes that seem baked into the process from its inception: a German revision (meaning abandonment) of the discipline of clerical celibacy; some form of installed, or ordained, role for women in German Catholicism; a German substitute for the Catholic ethic of human love; a German “democratization” of Church governance – in short, the dreams of the Catholic Revolution That Never Was, realized at last from Cologne to Berlin and from Hamburg to Munich. This is the “synodal path” on which the Church in Germany has launched itself.

The anti-Roman and anti-papal subtext to all this has typically been disguised or flatly denied by Cardinal Reinhard Marx and other German Catholic bishops. But the Central Committee of German Catholics – the lay Politburo (to use a more accurate and related title) that is co-managing the “synodal path” with the German bishops’ conference – recently let the cat out of the bag. Gobsmacked that bucketloads of German money at the 2019 Amazonian synod did not produce the desired results, the Zentralkomitee responded to Pope Francis’s apostolic exhortation on Amazonia by deploring the absence of a papal endorsement of married priests and women deacons. And it did so in baldly Wittenbergian terms: “We very much regret that Pope Francis did not take a step forward in his [exhortation]. Rather, it strengthens the existing positions of the Roman Church both in terms of access to the priesthood and the participation of women in ministries…”

“…the existing positions of the Roman Church…” Well, well. That formula at least has the merit of candor, if not theological heft. But please note what is going on here. The “Roman Church,” it seems, is but one among any number of local Churches. Which implies that the Bishop of Rome, its head, is but one among the bishops who form the episcopal college. And that flatly contradicts both Scripture (see Matthew 16:13-19) and the authoritative tradition of the Church as expressed in the Second Vatican Council’s Dogmatic Constitution on the Church.

There has been considerable commentary suggesting that the German Church is in a de facto state of schism, a term I’ve used myself. But I’m now wondering whether that’s quite right, and whether the more appropriate description for what’s going on along this German synodal path is apostasy: an arrogant determination to break with settled Catholic doctrine in the name of a contemporary intelligence superior to what Vatican II’s Dogmatic Constitution on Divine Revelation called “Sacred Tradition and Sacred Scripture.” That, it seems to me, is what’s implied by the formula used in the Central Committee’s smackdown of Pope Francis.

In light of this, those who believe that the Catholic Church does “paradigm shifts” might want to re-consider. For what’s happening along the German synodal path is a true paradigm shift: a shift toward the notion of the Catholic Church as a federation of local Churches, each of which legitimately espouses its own doctrine, moral teaching, and pastoral practice. That, however, is not Catholicism. It is Anglicanism. And anyone who knows anything about world Christian demographics knows that local-option Anglicanism hasn’t turned out very well.

It is astonishing that, confronted by unmistakable empirical evidence that liberal Protestantism has collapsed around the world, German Catholic leaders, ordained and lay, seem determined to create a nominally Catholic form of liberal Protestantism through a slow-motion “Wittenberg.” But perhaps this sad business is not all that surprising. Almost 20 years ago, Cardinal Joseph Ratzinger told me that “organized Catholicism in Germany is a task force for old ideas.” At the time, we both understood him to mean the tried-and-failed ideas of the 1970s. It now looks, however, as if those “old ideas” have a 16th-century pedigree.

Riches profit not in the day of wrath: but righteousness delivereth from death.
Proverbs 11:4
DailyVerses.net