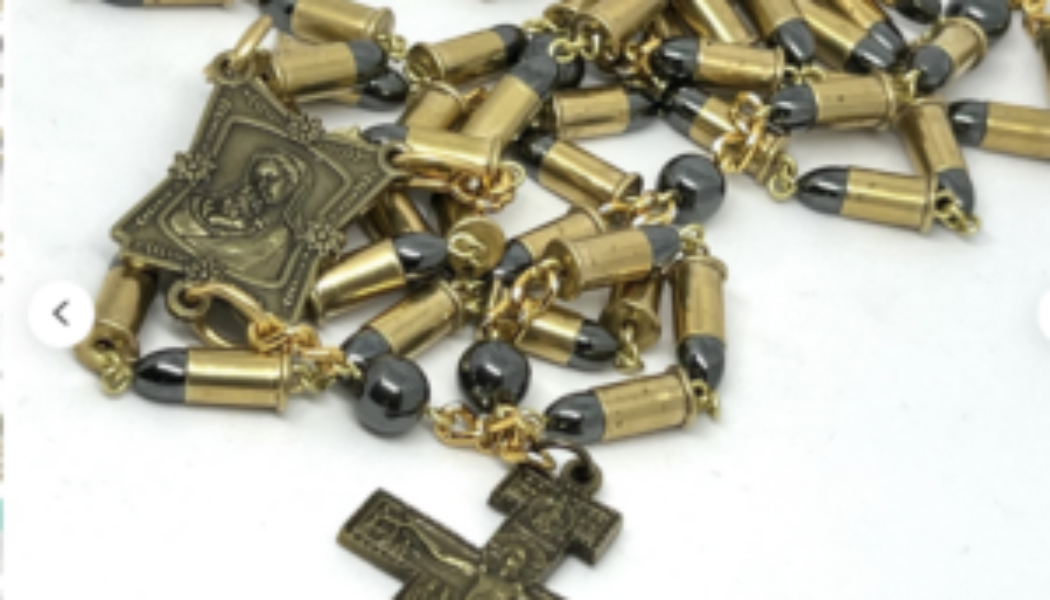 Some years ago I wrote a blog post, Is the Church a Cruise Ship or a Battleship? I was surprised at the amount of negative commentary I got. For example, “How dare you compare the Church to an instrument of war!” Other comments lamented recourse to any violent imagery, ever. Still others called for bans on songs such as “Onward Christian Soldiers,” “I am On the Battlefield for My Lord,” and so forth. You might say that the response from the anti-military group was “militant.” I certainly wasn’t feelin’ the love! Most of those comments I didn’t publish because I didn’t want “war” to erupt in the combox.

Of course the reference to a battleship was by way of analogy, not literal. No one is insisting that the Church should actually use sixteen inch guns against unbelievers or purveyors of sin. The battle is a spiritual one requiring spiritual weapons. This is why we call it spiritual warfare!

It is important in our times that we recover some sophistication when it comes to language and how people use it. Analogies, similes, metaphors and the like are not to be interpreted in a crudely literalistic way. Deadpan literalism usually shows a lack of sophistication and maturity needed to engage others in a real conversation about what is actually being said. It usually rejects the possibility of analogy or hyperbole and assumes bad will on the part of one’s interlocutor, looking to take offense when none is intended.

Earlier this year an article in The Atlantic made such laments and actually expressed fears of growing violence that might come from “traditional” Catholics with all their talk of “war,” and so forth.  The author claimed that the rosary was an example of  “extremist gun culture” among traditional (he calls them “rad-trad”) Catholics.   Of course the article and the author exhibited just the kind of unsophisticated deadpan literalism mentioned above and thereby exhibited a gravely deficient understanding of an ancient Catholic tradition and instinct that we call spiritual warfare. I wonder if he even talked to an actual traditional Catholic, or was he just looking for trouble? Further, how many mass shooters or violent gang shooters march under Catholic banners? None.

But as noted above, many inside the Church as well misunderstand the battle language of spiritual warfare and, as a result, are either offended or fearful about the metaphorical language used by the faithful. But this should invite investigation rather than quick rejection.

To all the hand-wringing associated with “violent imagery” I can only say, “Hail Mary, full of grace, punch the devil in the face.” In other words I don’t think apologies and changes are due when some take offense at metaphorical language the Church has used for the whole of her existence. The picture above of Mary punching the devil in the face is from the 13th Century. But the tradition of Mary and Jesus at war with the Devil is even older than that. If the use of violent imagery in the spiritual warfare against Satan and the kingdom of darkness is such a terrible thing, then God Himself never got the memo. God said in Genesis 3:15  And I will put enmity between you and the woman, and between your seed and her seed. He will crush your head while you will strike his heel. Gadzooks! Such violence! In this vein, I have recently attracted some negative attention by referring in sermons and writings of the rosary as a “fifty-round clip” to fire at the devil. Again, most people “get it,” while a small but vocal minority object to such violent imagery. I upped the ante with my recent purchase of a “bullet rosary” (see photo at left). Such a image has sparked both whimsical understanding and instant outrage among those who have seen it. One woman protested that, with all the violent shootings and killing in our land, such a rosary is reprehensible. But this weapon, and these bullets are directed against Satan. Real bullets cannot harm Satan since he has no body. But the spiritual bullets of rosary prayers, other prayers, fasting, obedience  and so forth can inflict real harm on the kingdom of darkness. These are the practices  at the heart of spiritual warfare. The message of a “bullet rosary” is that unless we are willing to wage spiritual warfare we get physical warfare. Our Lady at Fatima said “Pray the rosary every day to bring peace to the world and the end of the war.” (1st Apparition May 13, 1917)

The Rosary is the chief weapon of our times. To exasperated souls who lament the moral condition of this world comes the answer: “Pray the Rosary.” What are you waiting for? Take up your weapon and wage war against Satan. If we will not wage spiritual warfare what we will get is physical warfare: real bullets, tanks, planes bombs and all the death toll.

To those who still fret at the warlike imagery, I can only say, Sorry, but we are at war whether you like it or not. Satan wages war against the faithful and you’d better take up your weapons too. This war waged against us by Satan is responsible for most of the casualties you see lying about you: those addicted, those who die from hatred, racism and physical violence, the sexually confused, victims of the sexual revolution, those destroyed by drinking and overeating, those lost in greed, and those lost in confusion so deep they cannot even distinguish a man from a woman.  Yes, we are at war and the victims lie all about us. And if we will not choose sides and do battle, we are not just useless, we are on the other side.

Those who want to “sit on the fence” forget that Satan owns the fence. There are only two armies on the field. Tertium non datur (no third way is given).

Take up your beads, your fifty-round clip and start shooting. Blessed be the LORD, my Rock, who trains my hands for war, my fingers for battle! (Psalm 144:1) The Church is not a clubhouse, she is a lighthouse meant to conquer the darkness. She is not a cruise ship, she is a battleship sent to despoil Satan by shooting rounds of truth snatching back souls from his lying grasp.

This is war. Fight or be conquered.

Their shared hosting offering is affordable if you go with longer term plans. Get profitresolution & claim 99% discount. There are so many different tools out there for agents to use and some of them are free.