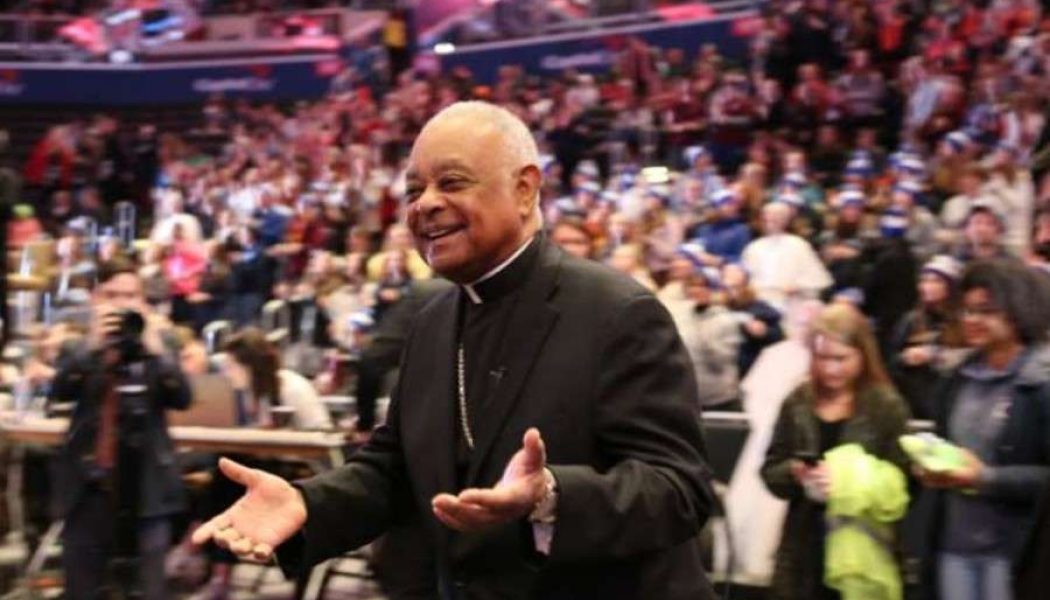 Washington, D.C. Newsroom, Nov 25, 2020 / 11:30 am MT (CNA).- Archbishop Wilton Gregory announced in an interview yesterday that he will not deny Holy Communion to Joe Biden, and committed himself to working with the president-elect’s administration. But the soon-to-be cardinal’s pledge could put him in tension with the work of the U.S. bishops’ conference, as it tries to speak to the White House with a unified voice.

Last week, USCCB president Archbishop Jose Gomez of Los Angeles announced the formation of a special committee, tasked with coordinating the U.S. bishops’ response to, and work with, the incoming Biden administration.

Recognizing the unique “challenges” presented by a Catholic president pledged to several policies in opposition to Church teaching, the conference under Gomez set out to ensure a collegial and consensus approach to national issues for the Church.

But yesterday Gregory suggested he planned to dialogue directly with Biden on issues, without reference to the USCCB, raising the question: who will speak for the U.S. bishops at the White House, and with whom will President Biden choose to deal?

In his interview Tuesday, Gregory said he hopes to “discover areas where [he and Biden] can cooperate that reflect the social teachings of the Church, knowing full well that there are some areas where we won’t agree,” the very work the committee set up by Archbishop Gomez intends to do.

Gregory is not a member of the U.S. bishops’ committee, but the Cardinal Archbishop of Washington is nonetheless a player: As the hometown cardinal, he may well receive a more ready audience from the president than, for example, the Archbishop of Los Angeles; especially so if he has publicly pledged to strike a balance in conversations between the Church’s support for areas of agreement with Biden, like comprehensive immigration reform, and points of opposition, like the immorality of killing unborn children.

“I hope that I don’t highlight one over the other,” Gregory said Tuesday. His stated aim of not “highlighting” one over the other itself appears to be at odds with the U.S. bishops’ official position that ending legal abortion is the “preeminent” social concern of Catholics, underlining the likely tension between Gregory’s personal contact with the incoming president and the conference’s efforts to represent to position of the bishops and Church at a national level.

As Gomez noted last week, a Catholic president committed to opposing Church teaching on a range of issues on the national stage presents a “difficult and complex situation.” It was for this reason that the conference formed its committee, to ensure coherence and collegiality in the bishops’ response. And it is for this reason that many may not warm to the idea of a soon-to-be Cardinal Gregory dialoguing on their behalf with a soon-to-be President Biden.

Gregory, who will be made a cardinal on Saturday, will be Biden’s diocesan bishop once the President-elect moves into 1600 Pennsylvania Ave. As Washington’s archbishop, he is the local “pastor” who is responsible for sitting a Catholic like Biden down, in private, and addressing the president-elect’s various positions against Church teaching.

But, of course, as president, Biden will be more than just a local Catholic, and his actions and example are a national concern for the Catholic bishops. Gregory’s public statement could be seen by some as circumvention of efforts to work together in dealing with Biden and his administration.

While Gregory has every proper right to “dialogue” with an individual Catholic in his diocese about his individual status, it is less clear that the Archbishop of Washington is ex officio empowered to bargain with the head of state on behalf of the Church across the country.

This tension is nothing new. The USCCB has in the past run into similar tensions with Washington’s archbishops over the White House. Those tensions have caused confusion. But since Biden is a Catholic, and the issues pertain not only to policy, but to pastoral decision-making, the issue could become more complex in a Biden administration.

While Gregory is Biden’s local bishop and has personal concern for Biden’s personal situation, it is the bishops’ conference that is charged with articulating the corporate voice of the hierarchy on Biden’s stances abortion, the Equality Act, and the HHS mandate as policy.

“These policies pose a serious threat to the common good, whenever any politician supports them,” conference president Archbishop Jose Gomez told the U.S. bishops on Nov. 17. “We have long opposed these policies strongly, and we will continue to do so.”

“But when politicians who profess the Catholic faith support them, there are additional problems. Among other things, it creates confusion among the faithful about what the Church actually teaches on these questions.”

Gregory, however, struck a markedly different tone yesterday, saying that there was no confusion among “informed Catholics” about the Church’s teaching on life issues.

“It’s not a matter of confusion,” Gregory said. “On my part, it’s a matter of the responsibility that I have as the archbishop to be engaged and to be in dialogue with him, even in those areas where we obviously have some differences.”

Many of his brother bishops would likely point out to Gregory that the confusion among “informed Catholics” like Biden is not about what the Church teaches, but whether it matters when they publicly and consistently dissent from it – and how the bishops should respond when a Catholic uses the machinery of government to threaten Catholic institutions and values, and the broader common good.

At the height of the Cold War, Henry Kissinger pointedly asked “Who do I call if I want to speak to Europe?” to highlight the confusion that results from the absence of a common voice.

In theory, if the White House wants to “speak to the Catholic Church” it could – arguably should – call Gomez, who is the bishops’ elected president. But if Biden doesn’t like what he hears, Gregory’s is another number he might call.